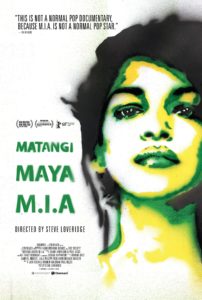 Steve Loveridge’s stirring and intimate documentary Matangi/Maya/M.I.A. gives audiences a thought-provoking glimpse into the life of artist M.I.A., an individual who had anything but a typical rise to stardom. This is an atypical rock doc for an atypical artist.

Beginning with her upbringing in Sri Lanka, the film follows M.I.A. (then “Matangi”) as she and her family flee the country, taking asylum in London, while her father leads the Tamil resistance back in their home country, the bloodshed steadily increasing.

She and director Loveridge attended college together, Mantangi now going by “Maya,” and formed a friendship, no doubt contributing to the deeply personal nature of the film, which features a slew of home-video footage. This allows the camera to capture more than just the glamour of fame but also the frustration and ridicule that sometimes accompanies it as well. 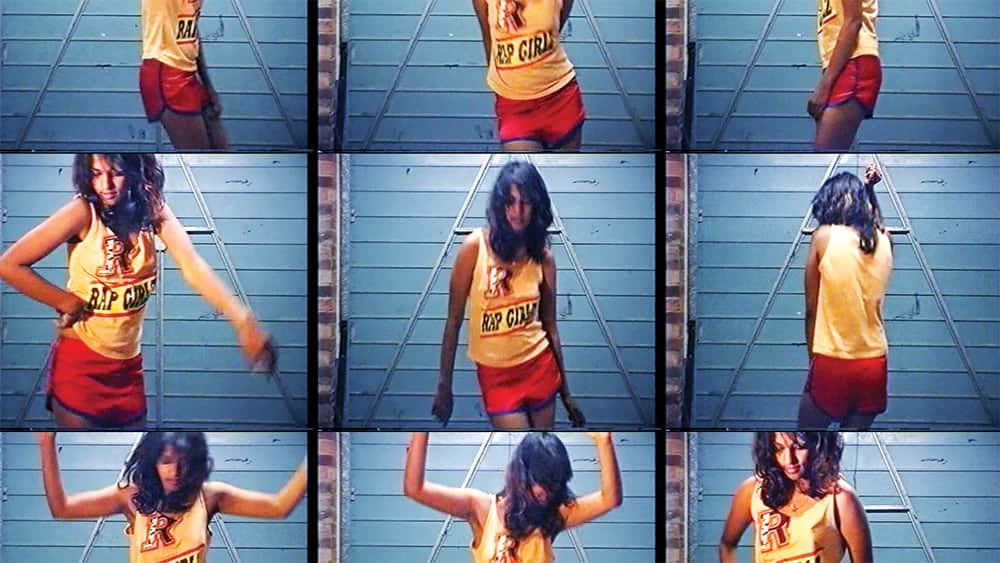 With her first four tracks, which she produced herself, Maya’s unique sound clearly drew inspiration from Western hip-hop and traditional music from her native land, and her talent

was immediately evident, causing her star to quickly rise. Getting noticed was not a struggle for her. There was no playing dinky little clubs in front of a handful of family and friends; “M.I.A.” (the artist) came out of the gate running, with a fully formed style of catchy, politically infused tunes that immediately caught the ear of Interscope Records, which quickly signed her.

In that regard, this isn’t a Behind the Music-style documentary; it throws those conventions out the window by focusing on Maya the person rather than M.I.A the musical career. This allows for a deeper dive into what brought her to this moment in her life and the continuous struggle she has dealing with the public and the negative press that surrounds her. 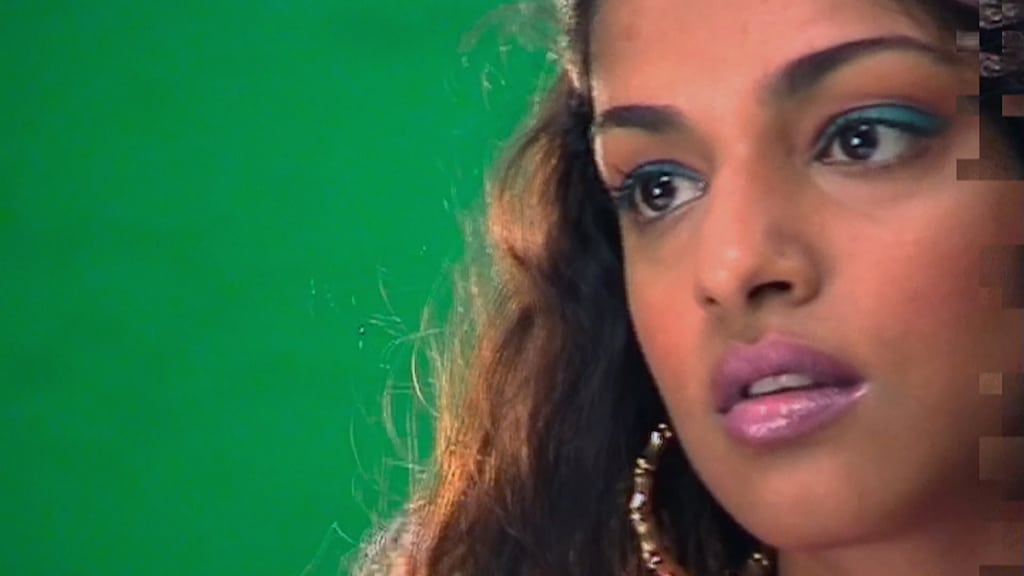 Even before she was making her own music, Maya was touring with the band Elastica, sometimes butting heads with the band members over the idea that they have a vocal platform but aren’t utilizing to its fullest potential. After Maya began her musical career, she used her newfound fame to raise awareness about the political upheaval in Sri Lanka, which was met with skepticism.

It’s hard to see someone using one’s star power to speak out regarding serious human rights issues and be casually dismissed, with the interviewers and/or editors never looking past the pop-star veneer or deflecting her message in lieu of something to gossip about the next day. Articles were written refuting her statements, attacking her character and claiming she was capitalizing on tragedy for profit.

I don’t proclaim to be informed enough about the situation in Sri Lanka to comment on specifics, but as a personal fan of her music since 2005’s Arular (the album named after father), I’m more aware of it than I was. I don’t think it can be disputed that horrific things were happening there. If an artist wants wants to embrace one’s popstar persona in order to raise awareness for an important cause – instead of focusing on the typical cars, cash, partying and sex – it should be lauded and not lamented. 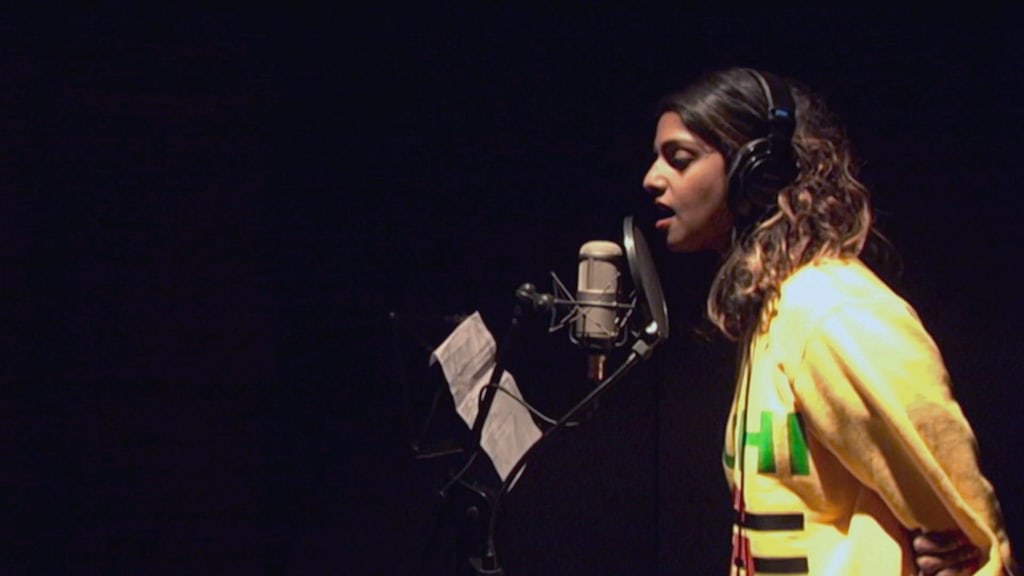 Fortunately for director Loveridge, Maya seemed to have a prophetic knowledge of her success and made the decision to record every aspect of her life, resulting in a treasure trove of footage from her life before and during the explosion of her musical career. What we don’t see much of, possibly by design, is her relationship with her now ex-husband and son. For such a personal film, we don’t see much of her actual day-to-day life (unless everyday is her working, which may be the case.) Beyond the music and the political activism, it would have been nice to spend some more time with her in her down time.

One of the more interesting sequences in the film is the aftermath of her much-talked-about 2012 Super Bowl performance, in which she raised her middle finger in the air, and caused much consternation in the public (for some reason) and also resulted in a lawsuit from the NFL for $16.6 million. According to Maya, the film only touches on a small portion of the scandal, which ended in a settlement years later, but it’s still an important moment to capture, especially considering how ludicrous the whole thing was and how people completely overreacted at the time.

Matangi/Maya/M.I.A. is a fascinating look at one of the most relentlessly talented and unique musicians working today, and the film fits the artist. It’s raw, candid and brings with it a narrative that’s both energetic and important.