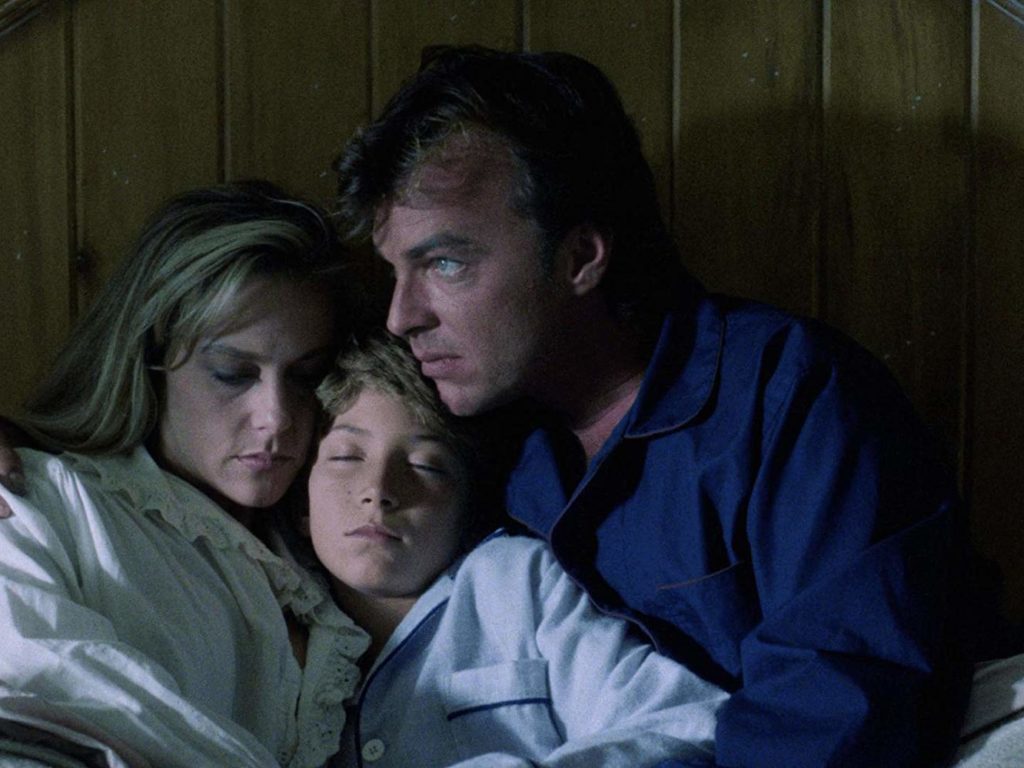 This product was provided by MVD for the purpose of this review. All opinions are our own.

Throughout the years, Bob Yari made a name for himself in Hollywood by producing a large selection of films, spanning all genres and subjects, with notable titles that include Crash (2004) and The Illusionist among many others. Recently, a deal was inked to bring a number of his films out on Blu-ray through MVD, one of which was his directorial debut, Mind Games from 1989, released on MVD’s Rewind Collection.

Starring Maxwell Caulfield, Edward Albert, Shawn Weatherly and Matt Norero, the film involves a couple and their 10 year-old son going on a road trip out west, only to be embroiled in a strange situation with a dangerous and beguiling drifter. Thoroughly baffling on nearly every level, it’s simply a story that must be seen to fully comprehend the amount of stupidity taking place here.

Albert and Weatherly play a couple, Dana and Rita, whose marriage is crumbling and who have decided to use this vacation as a way to reconnect and hopefully to mend their relationship. Dana is consumed by work and school, and Rita feels like she gave up too much of her life to become a housewife and mother to their son, Kevin (Norero). 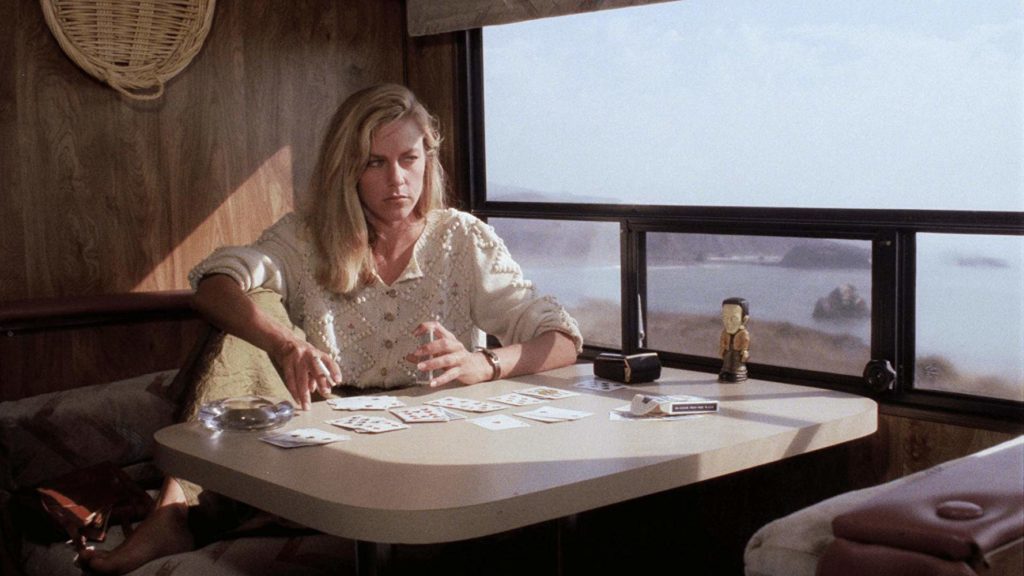 In the first of what will prove to be a multitude of poor parenting decisions, they allow Kevin to run off into the woods during one of their stops, where he stumbles upon this supposed college student, Eric (Caulfield), hanging out shirtless at a nearby stream playing the flute like some kind of creepy Pied Piper. The two hit it off instantly, and after Kevin invites Eric back to the RV to meet his folks, Dana invites him to stay for dinner, kicking off the strange and utterly irresponsible series of events that will ultimately lead to a violent end.

After knowing this stranger for one day, they not only offer to take him along on their journey in the RV, but also (again, after ONE DAY), they allow Kevin to go out camping in the woods with him. I would say this was a different era, but I’m pretty sure by 1989 people knew better.

It was already clear to the audience that Eric was a creep, but while on their little camping excursion, Kevin gets to see this first hand. Eric takes him to a nearby cabin, where he breaks in, destroys all the family’s things and kills their dog as Kevin watches in horror. Then, bafflingly, the two of them strip down to their underwear and sleep in the same sleeping bag together. 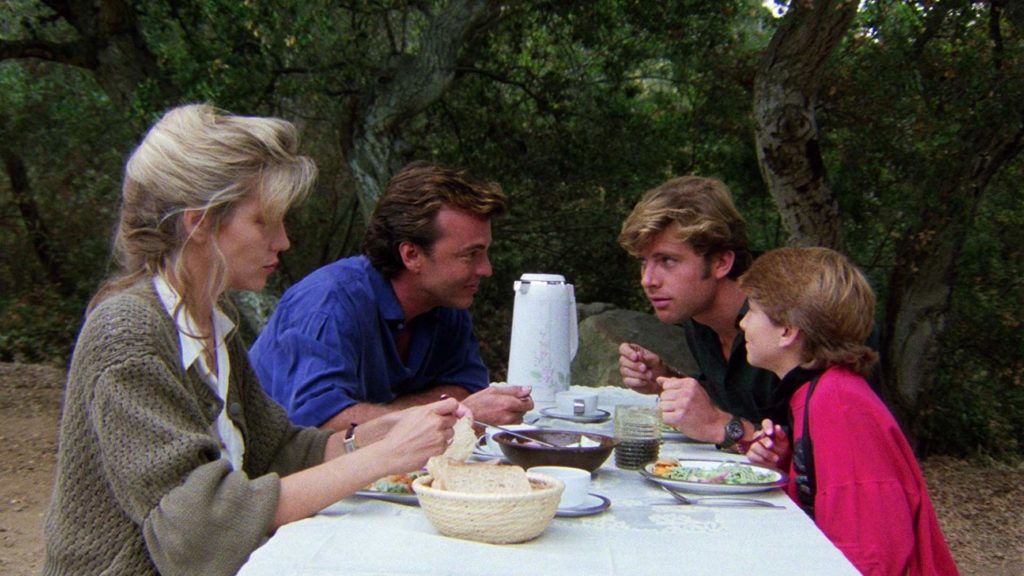 It’s called Mind Games, but it’s all pretty stupid. Stupid people making stupid decisions over and over. Eric’s motivations are never really clear until the final act, but even when we discover what his deal is, it still doesn’t make much sense.

At one point, he tries to kill Dana by filling the RV with gas and even though Kevin and Rita (and likely Dana too) know it was Eric that did it, they still allow him to travel with them to their next destination. And if Dana and Rita weren’t already getting the award for worst parents of the century, there’s a scene during the climax where they visit a ghost town and allow Kevin to go off and explore an abandoned mine by himself. Utterly insane.

Now, at this point it should be clear that this is a film that is painfully bad on many levels, but it crosses that line into so-bad-it’s-good territory, making it absolutely worth a look. From its opening moments with a shamelessly wonderful ripoff of Bruce Hornsby’s “The Way It Is,” I knew Mind Games was going to be something special. 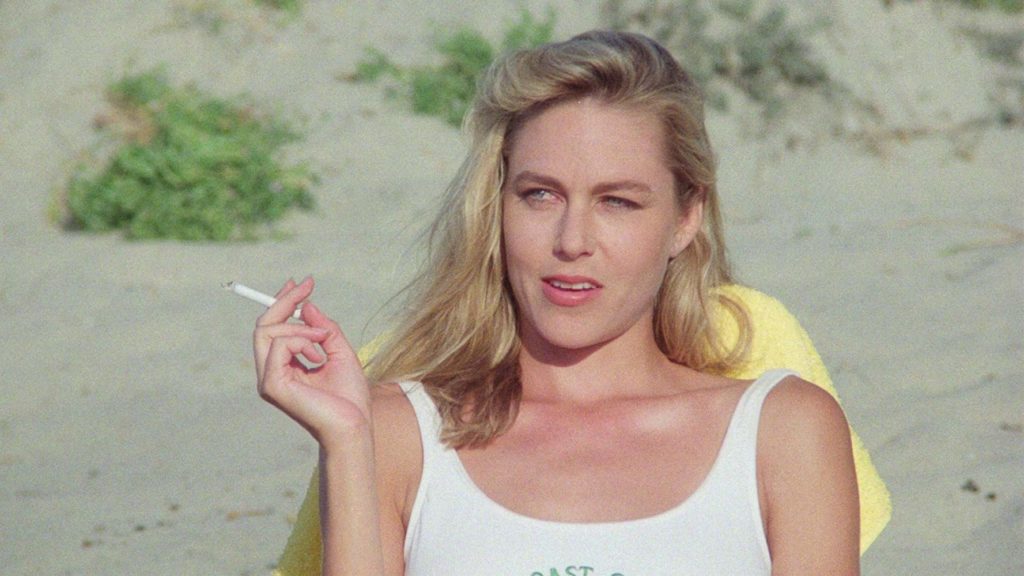 This movie is perfectly at home on the MVD Rewind Collection, which I’ve been very impressed with so far, and like many of the other titles on this collection, the transfer hasn’t been restored but the quality is still very high. There’s a 108-minute making-of documentary, featuring interviews with most of the cast and crew, and a 30-minute retrospective on the career of Bob Yari, the former serving as an extensive look at the entire production of the film.

Mind Games is a hilariously bad thriller that, for all its shortcomings, remains a memorable and oddly charming B-movie that I can easily see myself revisiting in the future.