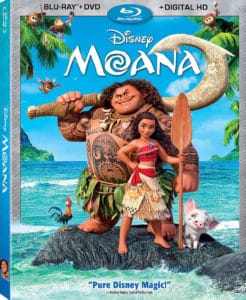 This product was provided for free for the purpose of this review, however all opinions are our own.

Walt Disney Animation Studios’ DVD/Blu-ray digital combo for its latest princess pic, Moana, is absolutely packed with special features. A suitable follow-up to its big-screen release, the take-home version of Moana provides tons of footage from the years leading up to the film, when the filmmakers were visiting Oceania to research the characters, locations and music that would inspire the film.

Viewers might already know that the two protagonists of the movie, Moana and Maui, were voiced by Auli’i Cravahho of Hawaiian descent and Dwayne Johnson of Samoan descent, respectively, but many may not know what care the Disney team took to incorporate as much of the Polynesian cultures as they could into the story and the production of Moana. Everything from the music to the costume design was carefully thought out to ensure a respectful representation of a story rooted in real people and in real places.

Based on a true-to-life mystery, which is the question of why the voyagers of Polynesia seemed to stop exploring for a millennium, the plot of Moana attempts to offer a fictionalized explanation. Without giving away too much, it is up to Moana to find the powerful demigod Maui and to ensure that he returns a stolen artifact to its rightful home in order to save her people.

Joining the ranks of “prince-less” princesses like Merida (Brave) and Elsa (Frozen), Moana is just beginning to discover herself and what she wants from life, but she is nonetheless a complete person and superb heroine. 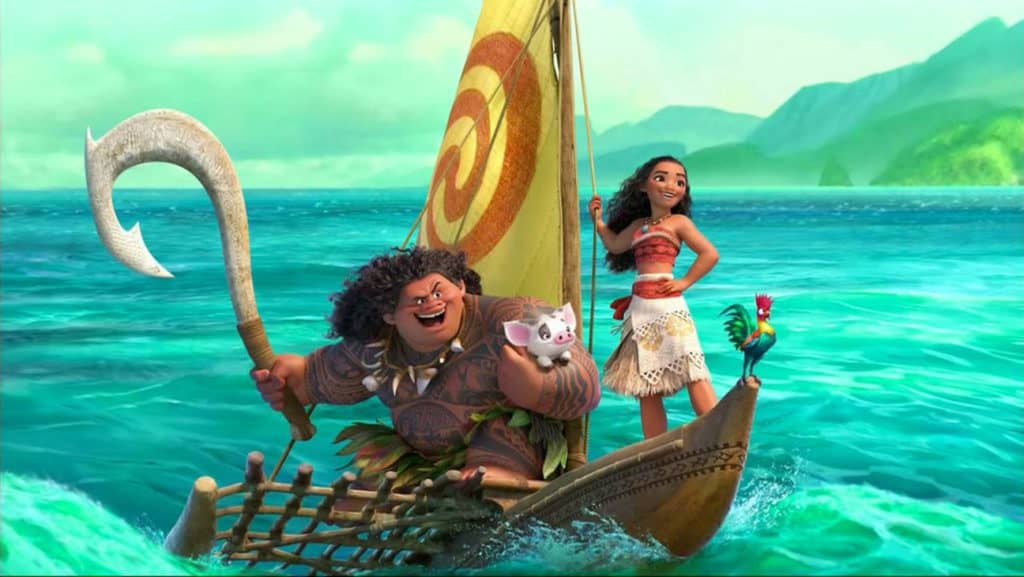 Fans of Moana will enjoy unwrapping all the various featurettes, including a music video, featuring Alessia Cara; deleted scenes; a deleted song; interviews with the cast and composers; and much more, all accessible through an enjoyable animated navigation menu.

Fans of film innovation will enjoy learning about the new technologies that Disney’s animation team developed, many for this movie specifically, to more accurately portray the more traditionally challenging aspects of 3D animation, such as water and hair. To make characters out of liquids, lava and smoke requires an unusual combination of art and science, and Disney is in top form.

There is also a segment on developing 2D-animated tattoos for a 3D film, a feat that is apparently very difficult to do, especially when trying to make the 2D and 3D figures interact. Just about anyone who saw Moana would have difficulty denying the stunning artistry and the attention to every small detail. Even the end credits are rather astonishing.

If you had even a mild interest in seeing this film, I would recommend that you pick up the DVD/Blu-ray digital combo. It not nearly as immersive as the theatrical version of Moana, but it’s a great watch overall. Should you have already seen the movie in theaters and are missing the brilliant ballads, rhythmic rhymes and swelling show tunes that accompany this adventure picture, snag a copy of the disc version so you can replay them until your heart’s content.