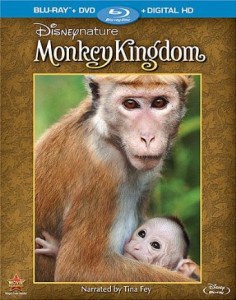 With a movie like Monkey Kingdom, you hope for just as much juicy extras on its take-home edition as Disneynature films typically offer in the theater. Monkey Kingdom’s compelling tale about the lives of a family of toque macaque monkeys leaves you wanting more, and the Blu-ray, DVD and Digital HD release, now available, satisfies.

In my full review of the film from back in April of this year, I complimented the co-directors Mark Linfield and Alastair Fothergill (Earth and Chimpanzee) on their ability to tell a great story that was compelling to viewers like me, who are words away from these creatures but lamented that there was not enough educational content.

The movie’s Blu-ray presents an even more in-depth look at how the cinematographers managed to capture the astounding footage that they did over the course of three years of filming, adding additional layers of appreciation for this very difficult work. Thanks to featurettes like “Tales From The Kindom,” we get to see the challenges that come along with filming the equally intelligent, curious and sneaky monkeys – many of whom can’t seem to stay away from unattended camera bags – and their animal neighbors.

With the help of Tina Fey, who narrates the film, and the brilliant insights from monkey researchers, the final product is a beautifully made emotional journey with extraordinary visuals to match. There’s also a music video for the song “It’s Our World” by The Voice alumna Jacquie Lee, along with a couple features that show how Disney and other organizations are trying to protect animals and conserve the forests in which they live. 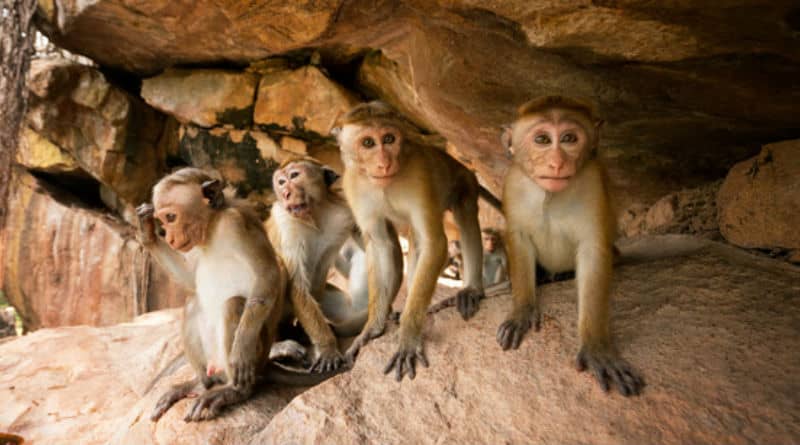 I would say that, if you enjoyed Monkey Kingdom in the theaters, it will be a treat to pick up the Blu-ray combo pack in order to gain a little more insight on what the theater version wasn’t able to include. If you have yet to see Monkey Kingdom but have a penchant for adorable, squealing mammals with a bit of a dark side, you may want to check this one out too.

It is also a great educational film for classrooms and a way for children – at school or at home – to learn about hierarchies in the animal kingdom and how they, in many ways, parallel those in our human world. Perhaps more importantly, however, is the understanding of what we as humans are doing to the forests that they call home and how we are encroaching on this precious space. This was touched on (very lightly) in the film but is definitely worth a look in the bonus feature section.