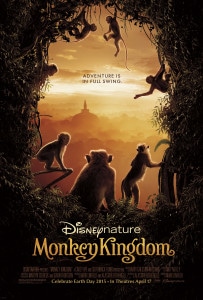 Opening with the aptly selected theme song, “Hey, Hey We’re The Monkees,” from the 1960s Monkees television show, the film offers up a montage of these playful “temple monkeys” bounding back and forth between ancient ruins and tree branches and swinging from each other’s tails.

The film was co-directed by Disney alums Mark Linfield and Alastair Fothergill, who also directed Earth and Chimpanzee for the franchise, and follows the lives of mama monkey Maya and her baby Kip as they navigate the tumultuous hierarchy of the troop, deal with hunger and fend off enemies.

Featuring the voice talents of Tina Fey, who narrates the humorous and sometimes heartbreaking moments the troop goes through, the film explores the dynamics between the “nobility” – including Raja, the troop’s alpha male; The Sisterhood, his cunning deputies; and their children – and the lower-ranking members of the troop like Maya, who live off the nobility’s scraps of food and endure their disrespect. 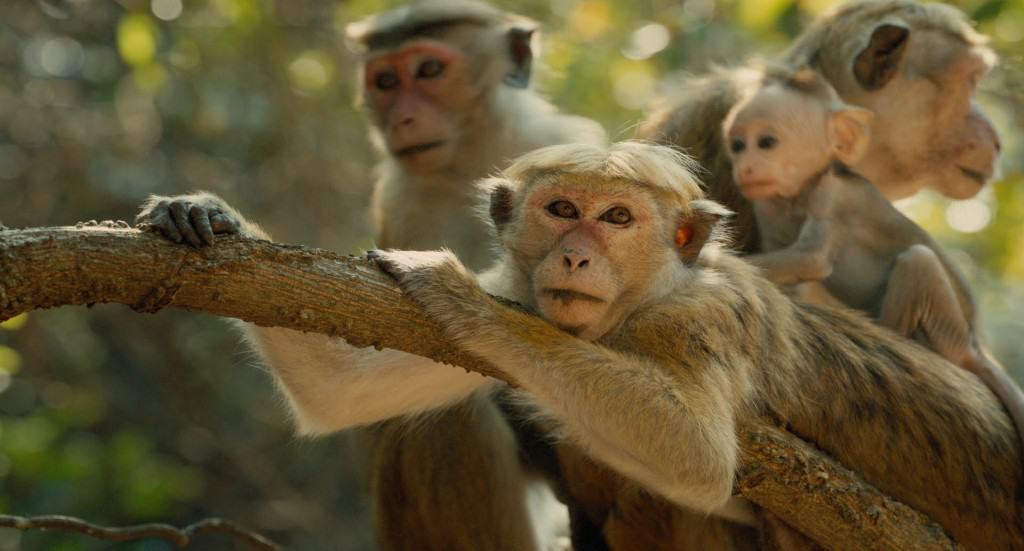 Centered around the jungle’s premiere nesting ground, Castle Rock, its other inhabitant species and those who wish to take the homestead from Temple Troop, Monkey Kingdom takes both a comical and educational approach to telling the stories of these very likable beasts and their daily hunt for food.

Yet it isn’t the quirky eating habits, the choreographed tree dances or the adorable toddler squeals that make this documentary so endearing, but rather the loving embraces between the mother macaques and their babies and the affectionate nuzzles between Maya and her lover/savior, Kumar, that makes this documentary so heartwarming.

Sure, the visuals by cinematographers Martyn Colbeck and Gavin Thurston and Harry Gregson-Williams’s score create a film of Disney-quality caliber, but it would have been nice to have been presented with more interesting facts about these colonies or to have learned about what their unusual gestures meant. There were numerous opportunities to enlighten viewers about the characteristics that make this troop so interesting and worthy of their own Disneynature documentary, but the movie came off as more cartoonish than I would have liked.

The tale of Maya, Kumar and Kip, who break ranks and find ways to advance in their small society despite the circumstances of their birth, makes for a great underdog story. There are also several moments that elicit some belly laughs, but overall, I really felt the educational component of the film was a little lacking.