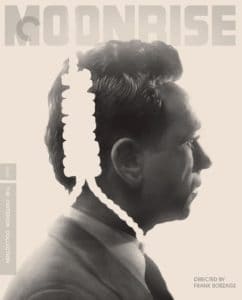 I have some glaring blind spots when it comes to the work of Frank Borzage, and after revisiting Moonrise, one of the few films of his I had seen, on the new Criterion Blu-ray, I intend to rectify that as soon as possible.

The winner of the first Academy Award for Best Director (for 1927’s 7th Heaven), the filmmaker is known for creating complex, relatable characters navigating various distresses. 1948’s Moonrise is certainly no different, though it’s more brooding than Borzage’s other well-known films. The psychological journey is fascinating, all if pristinely captured on the new Criterion disc.

Based on the novel of the same title by Theodore Strauss, Moonrise follows Danny (Dane Clark), a small-town guy who’s been teased and prodded his entire life over the fate of his father, a convicted and executed murderer. A brief, shadowy opening montage succinctly shows the torture from birth to adulthood. When one of the lifelong bullies (a brief appearance by a young Lloyd Bridges) starts in again, Danny snaps and winds up killing him.

Like many crime films and noirs of its era, the story involves an investigation – Danny’s victim was the son of a prominent local banker, inquisitive townsfolk, and an unconventional romance, but the plot is secondary to Danny’s psyche and the struggle to deal with his familial stigma. Meditations on cyclical violence and cruelty are present but not oppressive or preachy, with the film’s themes, and the presentation of them, delving deeper. 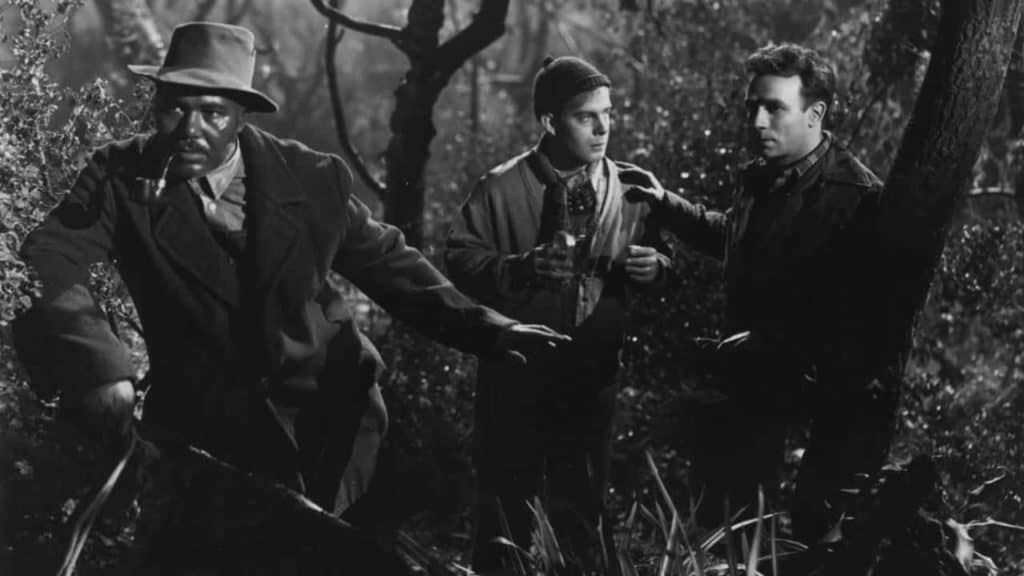 Borzage opens with the execution of Danny’s father, much of it presented in shadow and in in the reflection of puddles from a driving rain. We never see the condemned man’s face, only his feet as he’s led to the gallows and the silhouette of the hanging. Nearly every frame, including a scan of motionless onlookers, could be an impressionistic painting.

That event certainly casts a long shadow over the life of Danny; cutting directly to the dark outline of a doll in a baby’s crib sets the gloomy tone. Criterion sets a similar mood in their typically beautiful cover art, which shows a negative-space noose around Danny’s neck.

After the violent act, the film becomes an examination of Danny, Borzage’s camera tracking nervous pacing and the facial discomfort in Clark’s retrained yet soulful performance. The few times we see Danny’s POV, including driving erratically through a rainstorm or while on a Ferris wheel a few cars away from the local sheriff, it’s during moments of escalated panic. We’re able to experience the anxiety and then observe the character as he attempts to suppress it. In another layer of cruel irony, Danny interacts with many people who are genuinely nice to him, but even cordial conversations can be, understandably, construed as antagonistic to the put-upon man. 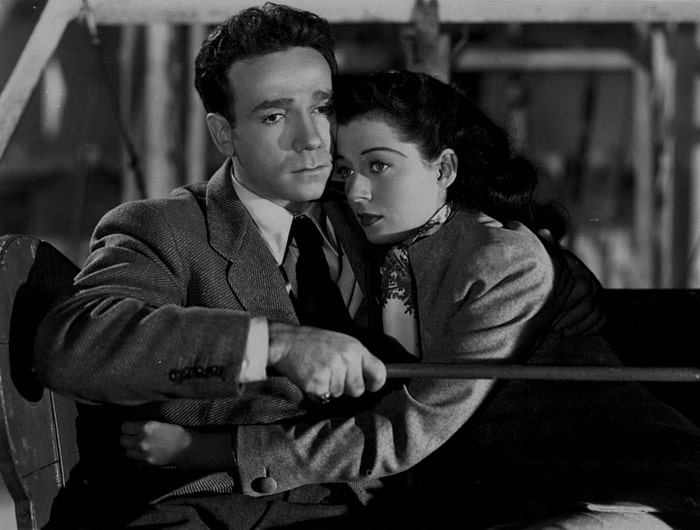 The nuance of the visuals and Charles F. Haas’ screenplay is paid of wonderfully in a climax that intensifies tension only to make swerves atypical to the genre. Instead of piling on the despair, the film reaches a hopeful conclusion that doesn’t feel manufactured.

Displayed in its original 1.37:1 aspect ratio and featuring a newly restored 4K transfer, the Criterion presentation of Moonrise is stunning. The layered contrasts of the black and white cinematography are astoundingly crisp, adding to the physical reality of Borzage’s rich compositions. Sound also plays an important role in the film – Daniel J. Bloomberg won an Academy Award for the sound recording, and the uncompressed monaural soundtrack is robust.

The only lament regarding Criterion’s package is the comparatively light set of special features. There’s an insightful essay from critic Philip Kemp and an interesting conversation between film historian Peter Cowie and Herve Dumont, author of Frank Borzage: The Life and Films of a Hollywood Romantic, but sadly, the discussion is only about 15 minutes long.

Based on the quality of the film and Criterion’s immaculate audio/visual exhibition, Moonrise is definitely recommended, I just wish there were more supplements to dive into.