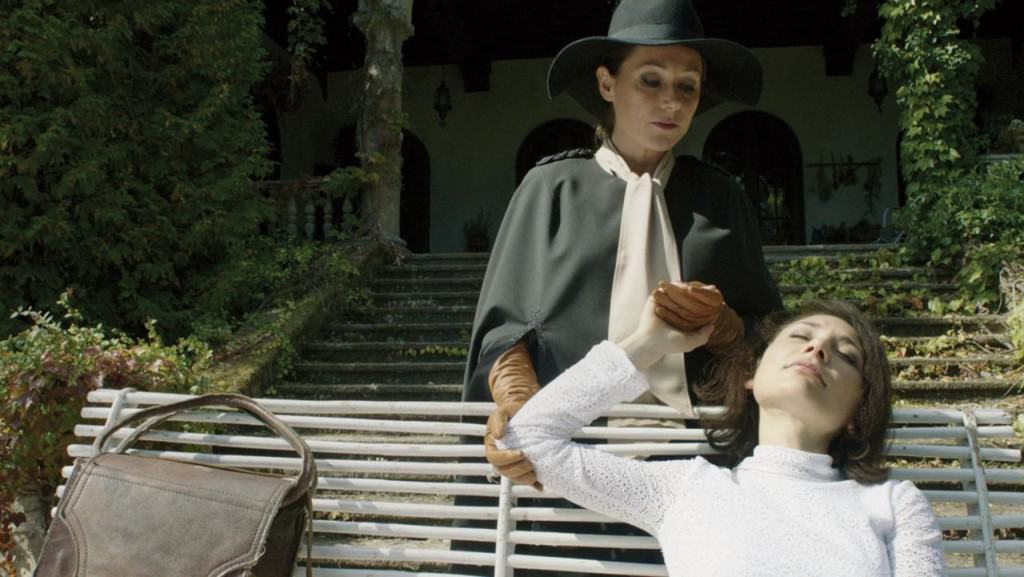 Streaming service MUBI has revealed highlights from its upcoming August lineup of programming including double bills by Corneliu Porumboiu, Peter Strickland, and Philippe Garrel, and the premiere of Yui Kiyohara’s Our House, just to name a few.

Take a look below for all the highlights and be sure to head over to MUBI.com for more info.

[Debuts] Elizaveta Stishova’s unconventional family drama centers on a con-man on the run, swindling his way across the countryside with two wives and a child in tow. Set against the backdrop of the Kyrgyz mountains and the titular, mystical World Heritage Site of Suleiman Mountain, this gritty debut from TIFF 2017 provides a rare look within modern Kyrgyzstan.

In August, MUBI will feature double bills by Corneliu Porumboiu, Peter Strickland and Philippe Garrel. First up will be Porumboiu of the Romanian New Wave, whose recent fictional films — Police, Adjective which made a critical splash at the Cannes Film Festival and When Evening Falls on Bucharest or Metabolism which premiered to great acclaim at Locarno — are masterworks of deadpan comedy and institutional satire. To celebrate the release of In Fabric, MUBI will then show two quintessential examples of Strickland’s signature nightmarish giallo pastiche, including the award-winning Berberian Sound Studio (Locarno ‘12). Two films by Garrel starring his son Louis will close out the month, including his sundrenched homage to Godard’s Contempt, A Burning Hot Summer (Venice ‘11).

To celebrate the 72nd edition of the Locarno Film Festival, MUBI will again exclusively present a selection of the most exciting titles from last year’s festival. Featuring the winner of the “Best Emerging Director” award Tarık Aktaş and his debut film Dead Horse Nebula (Locarno ‘18), as well as Eugène Green’s latest feature How Fernando Pessoa Saved Portugal (Locarno ‘18).

This ongoing series continues to examine the multitude of cinematic approaches to pre-existing texts. To honor the legendary Hollywood director’s birthday, MUBI will show John Huston’s final film The Dead (Venice ‘87) – an adaptation of James Joyce’s short story and starring his daughter Angelica Huston. The series will also feature Venus in Fur (Cannes ‘13), Roman Polanski’s adaptation of a play by David Ives (itself inspired by a novela by Austrian author Leopold von Sacher-Masoch).

The first-ever online retrospective of one of the most important filmmaking partnerships, the husband and wife team of Jean-Marie Straub and Danièle Huillet, continues this month with perhaps the duo’s best-known and most revered film Class Relations (Berlin ‘84). This adaptation of Kafka’s unfinished novel stands as one of the great outsider portraits of the American Dream.

Fresh from its world premiere this past June, Dutch Angle: Chas Gerretsen & Apocalypse Now (Il Cinema Ritrovato ‘19) uncovers the work of the acclaimed photographer who was hired by Francis Ford Coppola to capture one of cinema’s most infamous shoots. Just in time to celebrate the film’s 40th anniversary and to accompany the release of the masterpiece’s definitive version: Apocalypse Now: Final Cut.

Luis Buñuel’s Oscar-winning classic The Discreet Charm of the Bourgeoisie (NYFF ‘72) is one of his most important films, a fiendishly witty comedy bouncing through reality, dreams, faith, sex, and revolution with his signature cheeky touch.

The Discreet Charm of the Bourgeoisie — August 23

Werner Herzog’s master portrait of the tragic environmentalist Timothy Treadwell, Grizzly Man (Sundance ‘05) is perhaps the German director’s most lucid rumination on a theme so central to his prolific career: humanity’s tenuous relationship with nature.