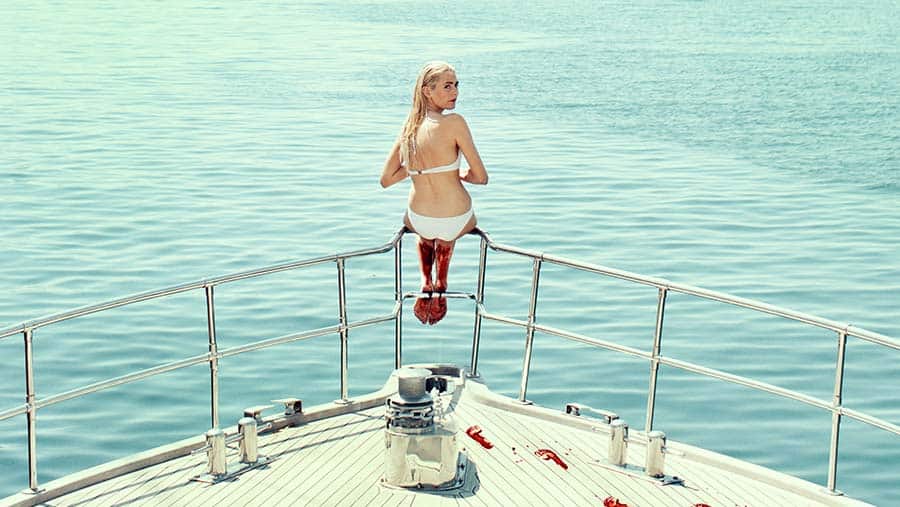 Streaming service MUBI has revealed some highlights for their upcoming June selections, which, as always, include a heavily curated list of great looking titles.

Take a look below for all the highlights and tune in to MUBI.com for more details and to check out their full library of films.

Sophia Antipolis (Locarno ‘2018) is the beguiling sophomore feature from emerging French auteur Virgil Vernier. A psycho-geographical, state-of-the-nation survey that centers on the residents of a business park caught between the tourist magnets of Nice and Cannes on the French Riviera. The film will screen along with Vernier’s debut feature Mercuriales.

Isabella Eklöf’s provocative and ruthless debut Holiday (Sundance ‘2018) tells a riveting modern tale set among vacationing gangsters on the sundrenched Turkish Riviera. With moments as disturbing and uncomfortable as the setting is stunning, this is a bold, unflinching portrayal of gender, class, power, repression and violence — as seen from the female perspective.

The epic cinema of Laz Diaz returns to MUBI for the first time since the year-long retrospective (2016-17) dedicated to the renowned Filipino auteur. Winner of the Alfred Bauer Prize at Berlin 2016, A Lullaby to the Sorrowful Mystery (Berlin ‘2016) is an engrossing eight-hour historical saga that centers on the Philippine Revolution, exploring the essential foundations and conflicts of Philippine national identity and memory.

A Lullaby to the Sorrowful Mystery — June 11— Exclusive

Boris Mitić’s self-described “whistleblowing documentary parody” pursues the personification of “nothing,” examining what can be captured when nothing is happening. In Praise of Nothing (Locarno ‘2017) was filmed by 62 cinematographers in 70 different countries and is narrated by punk legend Iggy Pop.

In Praise of Nothing — June 21 — Exclusive

The Master of Suspense: Alfred Hitchcock

Two early thrillers from one of Hollywood’s (and cinema’s) greatest artists, Alfred Hitchcock. The first two forays into the sound era by the Master of Suspense, including Hitchcock’s first-ever talkie, Blackmail, make ingenious use of the nascent technology in ways few other directors risked.

MUBI’s ongoing series dedicated to examining auteurism continues with parts one and two of Steven Soderbergh’s ambitious and unconventional Che Guevara biopic. Featuring a tremendous performance from Benicio del Toro, which won him the Best Actor prize at the 2008 Cannes Film Festival.

MUBI continues its collaboration with Human Rights Watch Film Festival, one of the world’s leading independent organizations dedicated to defending and protecting human rights. To celebrate the opening night of the 2019 edition in New York, MUBI will show one of the greats from the festival’s past, the Academy Award-nominated War Witch (Berlin ‘2012). At the conclusion of the festival, a selection from this year’s line-up will also be featured exclusively on MUBI — Tuki Jencquel’s look at the current healthcare crisis in Venezuela, It’s All Good (HRWFF ‘2019).

Edge of the Knife is the first film about and by the Haida, a people native to an archipelago off the coast of northern British Columbia. The film tells a classic Haida folktale exclusively in the Haida language, which now has less than 20 living native speakers. Named in Canada’s Top Ten list at TIFF ‘2018, the film aims to preserve the culture of this remote people. Presented in partnership with Telefilm’s “Canada Now” showcase.

Edge of the Knife — June 8 — Exclusive

To celebrate what would have been Abbas Kiarostami’s 79th birthday, MUBI presents the Iranian master’s Japan-set final dramatic feature, Like Someone in Love (Cannes ‘2012).

Much Ado About Nothing — June 30