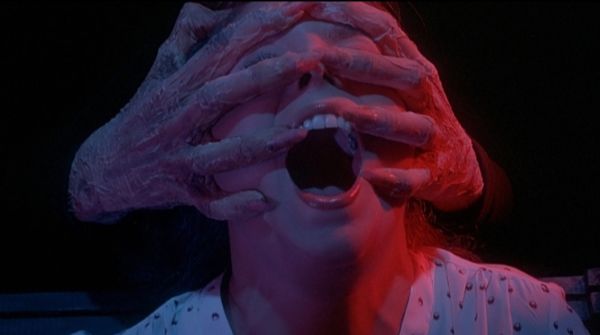 Streaming service MUBI has revealed highlights for their upcoming October programming, which I’m extremely excited to see includes an Argento retrospective containing five of his classic films. What better way to celebrate the best holiday than some giallo?

Take a look below for all the highlights and, as always, click over to MUBI.com for more.

After highlighting her intimate feature Maison du Bonheur in last year’s Canada’s Next Generation showcase, MUBI will debut the online premiere of Sofia Bohdanowicz’s short Veslemøy’s Song (Locarno ‘18) — a docu-fiction hybrid exploring the faded legacy of a Canadian musician. MUBI will also present an exclusive screening of the film at New York’s Quad Cinema in partnership with FFFest.

Winner of two jury prizes at Locarno 2018, Yolande Zauberman’s unflinching exposé M follows a man as he returns to his hometown Bneï Brak— the world capital of ultra-orthodox Jews— to boldly confront the men who abused him as a child.

MUBI is proud to exclusively present a special double bill of Patrick Wang’s A Bread Factory: Parts One and Two, a true triumph from one of America’s most inventive and under-appreciated filmmakers. Nominated for two Independent Spirit Awards earlier this year, Wang’s playful portrait of a small-town community theater reckons with the state of art today.

This Halloween, MUBI celebrates horror maestro Dario Argento and his run of gory yet ingeniously orchestrated genre films that graced cinema screens from the 70s through the early 90s. The selection includes The Stendhal Syndrome, which stars Argento’s daughter Asia, and his masterpiece Deep Red. This is giallo at its best.

For the fifth consecutive year, MUBI continues its collaboration with New York Film Festival’s Projections — presenting the section of the festival on the ground in NYC as well as showcasing highlights from the program with audiences worldwide. MUBI will exclusively present a selection of these groundbreaking works on the platform immediately following the festival. Titles selected to be announced at a later date.
The 57th New York Film Festival is presented by Film at Lincoln Center.

October marks the final entry in MUBI’s expansive Straub-Huillet retrospective. The most recent feature by Jean-Marie Straub and a tribute to his deceased spouse and filmmaking partner Danièle Huillet, Communists (Locarno ‘14) composes scenes from their movies to reveal a story told across their entire body of work. A boldly reflective exploration of history and cinema.

This ongoing series celebrating cinema’s most distinctive auteurs will highlight the work of Sara Driver — Jim Jarmusch’s longtime collaborator and partner and one of the most defining yet often overlooked voices of the 1980s/90s New York independent film scene. MUBI’s selection includes Sleepwalk (Cannes ‘87), a droll adventure set in New York featuring a young Steve Buscemi in one of his first roles.

MUBI will present the exclusive online premiere of Island (Rotterdam ‘18), Steven Eastwood’s honest and ruthless look at death. The filmmaker spent over a year on the Isle of Wight with terminal patients, forging friendships with many while documenting their final moments.