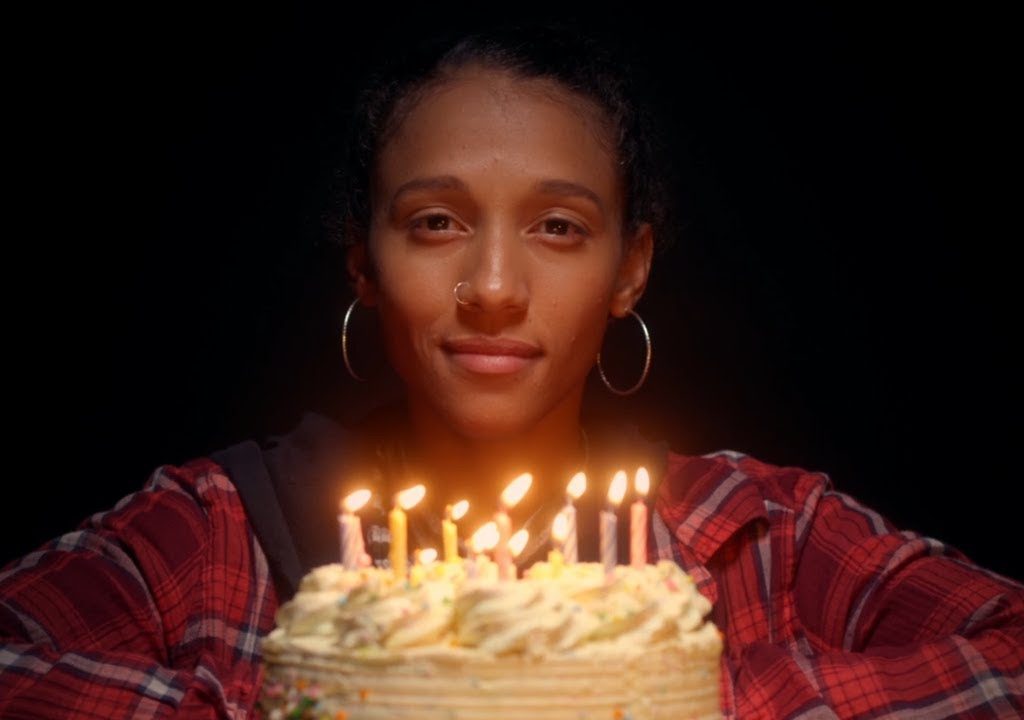 “Just so you know, this ain’t gonna be one of them feel-good shows,” 19-year-old Myeisha (Rhaechyl Walker) says with attitude as she stares down the camera. She’s right; it ain’t a feel-good show. It’s not one of those three-act, structured narratives either. Firmly avant-garde, My Name is Myeisha is essentially a cinematic version of a spoken-word performance.

For most, it’s one of those hate-it or love-it films. Myeisha is too far from the norm to be widely loved. I, for one, love its one-of-a-kind approach to the 24-frames-per-second art form. Filmmaker Gus Krieger boldly steers his adaptation of Rickerby Hinds’ stage play, Dreamscape, into uncharted celluloid territory and never looks back.

The story is inspired by the real-life police shooting of Tyisha Miller. “You know me,” Myeisha reiterates to the viewer time and time again. She’s a young black woman from the IE (Inland Empire), a metropolitan area just outside of Los Angeles. She’s a family girl — a hip-hop tomboy who loves soul food, clubbing, softball and spitting rhymes. She’s got swagger and attitude but an inherent, non-confrontational kind of attitude that goes hand in hand with her openness and liveliness. 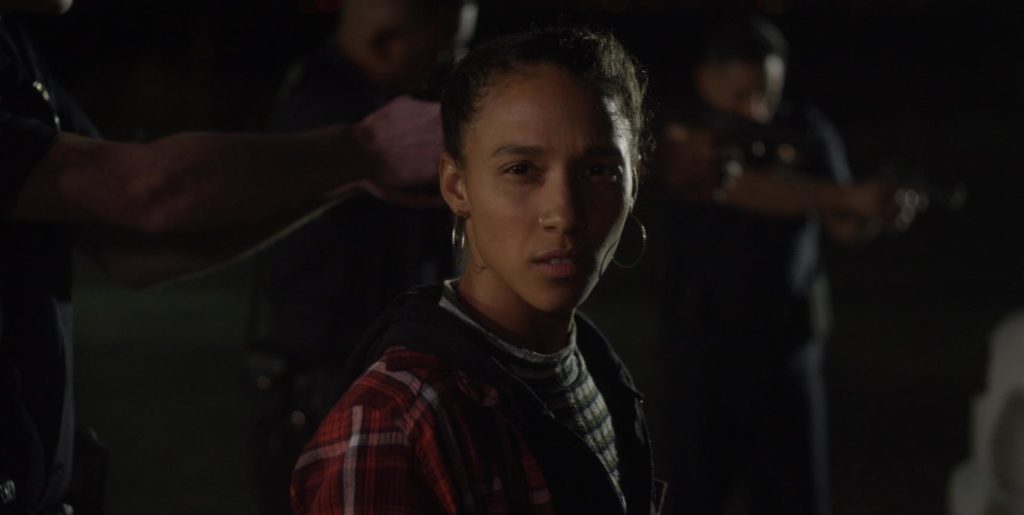 With visuals and a monologue, Myeisha takes us through her passions, her heritage, her love-life and much more. By expressing herself so freely and giving us so much information, she makes us care about her. Krieger breaks cultural barriers that may be standing between black and white, or black and whatever, accomplishing the ultimate goal he and Hinds have in mind, that is, forming a bridge of empathy from the viewer to all of the black men and women who have lost their lives to the policeman’s gun over the past few decades.

In addition to the spoken-word approach to delivering biographical content, the unique hip-hop style of the film is a slick way of celebrating Tyisha’s (Myeisha’s) life. Krieger is a DJ scratching the film strip, repeating and reversing scenes and dialogue and dousing the film with a poetic vibe. Myeisha often raps and performs popping and locking, and actor John Merchant — who plays many roles in the film, including a police officer involved in the shooting and the coroner — beatboxes a good portion of his lines.

At times, watching Myeisha is a chore and a bore because the repetitions and motifs become redundant. Listening to John Merchant as the coroner speak in monotone and so directly about the gunshot wounds dulls Myeisha’s sharp points. Merchant’s characters could have benefited from more flavor.

Krieger’s unique method will keep Myeisha lingering in your memory. This isn’t the best of experimental film, but in an era of generic remakes and popcorn flicks, Myeisha stands as an important reminder that the world of cinema is vast, open and welcoming to any kind of approach.