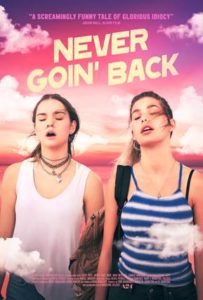 Playing out like a wonderful amalgamation of Spring Breakers, Ingrid Goes West and Fort Tilden, Augustine Frizzell’s Never Goin’ Back presents a gloriously trashy and uproariously raunchy comedy about two besties having the worst week ever.

After Angela uses the rent money to buy Jessie a trip to Galveston for her 17th birthday, the two decide to buckle down and take extra shifts at work, using their dreams of the elusive Galveston beaches to propel them through the shitty week they have ahead of them. Fate has other things in store for these two, however, after one of Jessie’s no-good friends breaks into their home early in the morning to rob them, resulting in Jessie and Angela ending up in jail for drug possession. This is just beginning of what will become a historically hellish week for the pair. 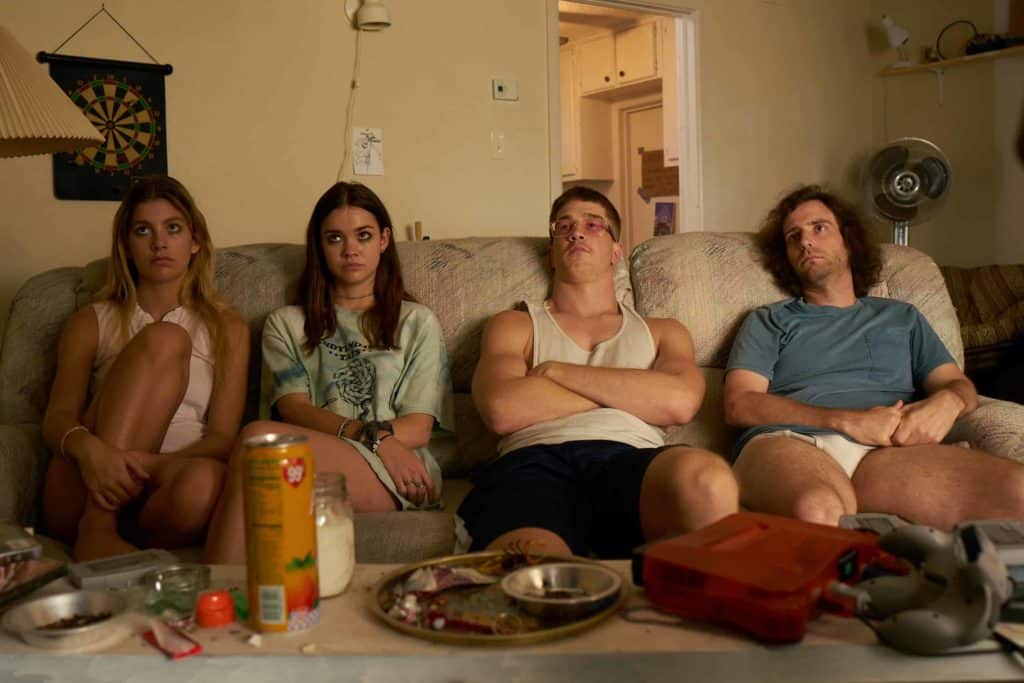 While neither Jessie nor Angela have any particular skills or redeemable qualities, with the exception of both women excelling at making colossally bad decisions, Frizzell makes the two strangely likable, making us eager to see how they’ll get out of their current situation and how they’ll fuck that up to lead into the next, worse, thing.

The film periodically shifts perspective to Jessie’s brother, Dustin (Joel Allen), making sure we’re aware that making boneheaded decisions runs in the family, as Dustin and his friends also find themselves in a financial bind after losing their rent money in a drug buy gone wrong. While these asides seem out of place at first, breaking the momentum of Jessie and Angela’s shitshow, Dustin’s story is just as entertaining and funny, and the two plotlines eventually converge, resulting in the film’s outrageous climax. 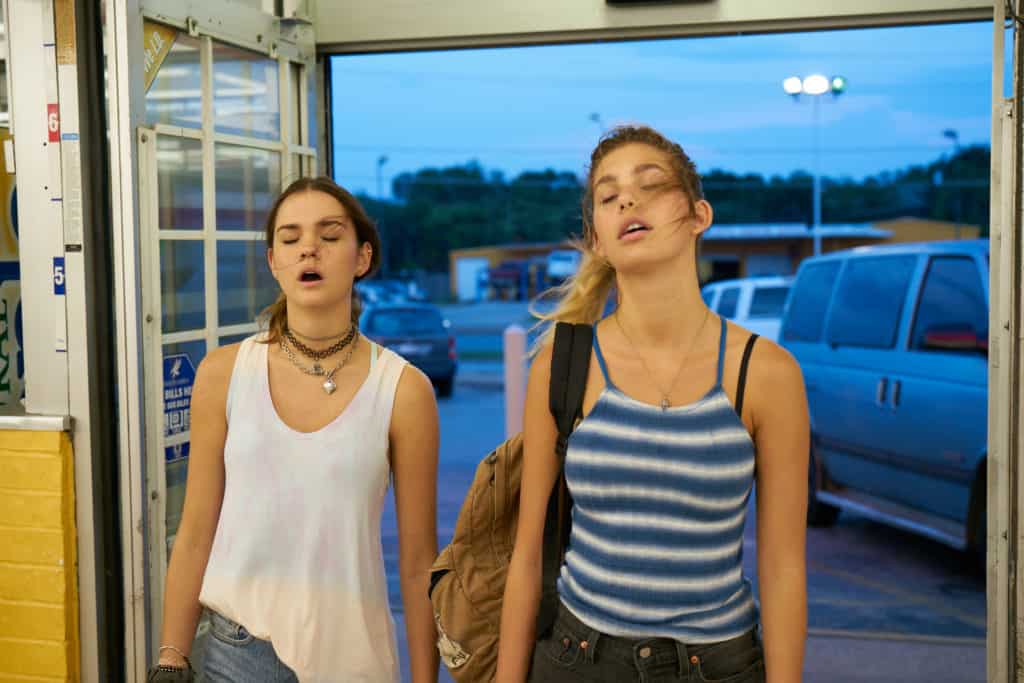 One instance involves them trying to get their jobs back after unknowingly consuming a large amount of pot brownies and having their server uniforms soaked in beer. Though their attempts at being lucid, functional human beings are futile, it makes for an incredibly funny experience for we, the viewers. 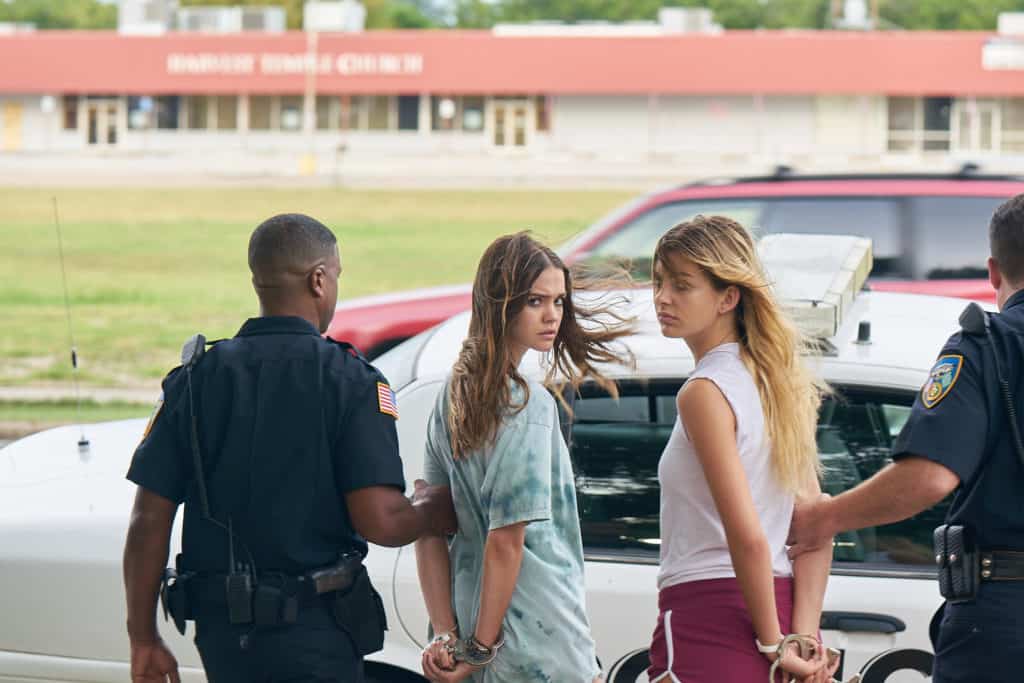 Combined with a bumping soundtrack and Never Goin’ Back is my kind of dark comedy. It’s brazen and, at times, downright gross, but the great script, visuals and performances make this an easy recommendation.