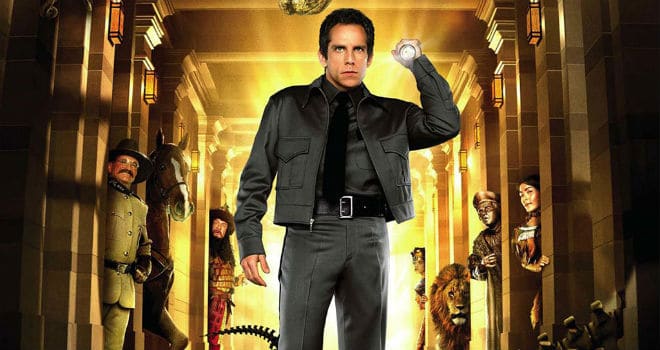 20th Century Fox has released the first trailer for Night at the Museum: Secret of the Tomb, starring Ben Stiller as the lovable security guard who’s in charge of protecting a museum where the objects come to life at night.  This time around he’s taking his crew to London and crazy antics will surely occur.  The film also features Robin Williams, Owen Wilson, Steve Coogan, Ricky Gervais, Dan Stevens, Rebel Wilson, and Ben Kingsley.

Get ready for the wildest and most adventure-filled Night At the Museum ever as Larry (Ben Stiller) spans the globe, uniting favorite and new characters while embarking on an epic quest to save the magic before it is gone forever.