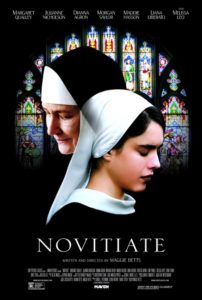 When Cathleen (Margaret Qualley) tells her mother, Nora (Julianne Nicholson), that she wants to become a nun, it’s a stunning revelation. Their household was non-religious – their attendance at church only began as a way to fill the time that Cathleen’s father (Chris Zylka) was away during his regular excursions to who-knows-where.

But now she’s decided to devote her life to her faith, and what do you say to that? When she arrives at the monastery to begin her postulancy, it is the mid-1960s, and the Second Vatican Council is on the precipice of releasing its landmark recommendations on the reformation of the church for the modern era.

Novitiate uses the backdrop of sweeping change to examine the shaking crises of faith and personality that affect Cathleen and the women around her. The traditional mother superior (Melissa Leo) not only rejects the findings of Vatican II, but doesn’t want to acknowledge that such a thing has even happened. The film first treats her as a great opposite, representing the forces that push against individual realization. She is a relentless disciplinarian, singular and unquestioning of her instinctual reactions, as she says that she should only speak when she feels God is moving her to. Who is she to question God? And as an extension, who are you to question her?

Her volatility at the slightest provocation grows more apparent as she struggles to hide her fear at the shift in attitudes that she has been forced to adopt. Writer/director Margaret Betts stops not at the opaqueness of an outer front, but at the driving of a maelstrom within. Novitiate is a movie of allusions, as the characters in its story become pieces with which we can examine the bigger changes outside the convent walls. And it is in those moments, ones of emotional conviction and powerful movements, that lead the film to its greatest successes.

However, Betts has chosen the wrong path to go down. Cathleen is our lens as a viewer. She is an interesting individual, and Qualley portrays her with a wonderful mixture of doubt and passion, yet there is a feeling that the best film that could have been made with these concepts got left to the side. 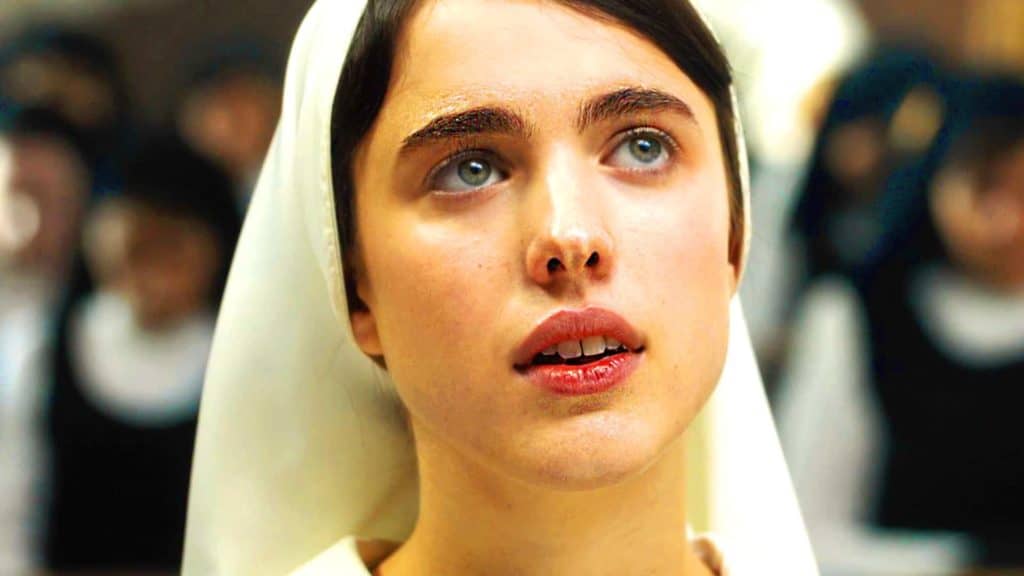 It would have had a more narrow focus, perhaps on Leo’s mother superior, and it would have allowed her acting to move beyond a cajoling of public strictness and private anguish; it would’ve sought the foundational soul within. The movie knows she is a character worth developing but has chosen to scatter its lots around.

So we find ourselves with Cathleen. Her mother thinks she is throwing away her life by leaving the outside world and becoming a nun. But Cathleen seeks a fulfillment. Maybe it is from the church, as she hasn’t found a calling anywhere else. It is only later when we find out that she is a lesbian and has had to suppress her feelings at every turn in her life.

When she finally comes to terms with them, what will she do? She has started this long road of religious commitment, and to end it now would be unthinkable. It’s another one of those fascinating ideas which Novitiate expounds upon a little bit but not enough. In a quest for a multifaceted focus, every movement from character to character and  question to question, is pushed aside for the next one. 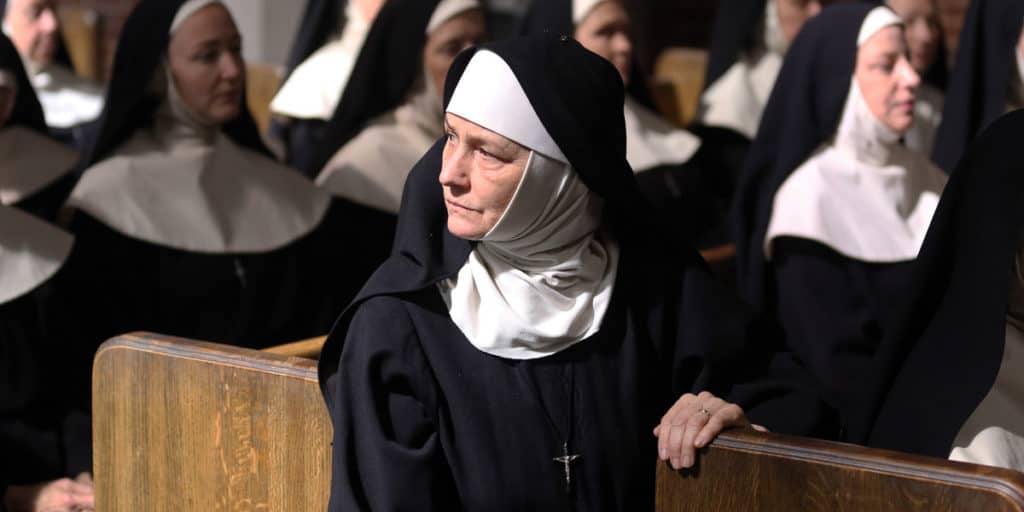 There’s a movie about the Reverend Mother, but there’s also one to be made about Cathleen. And there’s even one about Sister Mary Grace (Dianna Agron), an instructor whose sympathy to Vatican II imperils her future in the church, under this particular abbess. Novitiate is wise in pulling out their stories, from the many it could have told under its synopsis. Betts has assembled a gifted cast that works among themselves and each other with complexity and thoughtfulness.

Yet every time we wish for a singular focus and a deeper study, we get pushed away. In the monastery, the young nuns are taught to look downward at the ground when they walk, for stimulation from their surroundings distract from their ultimate purpose. The film looks up a little too much, drinks in more possibilities, and muddles them together.