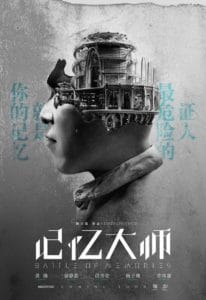 Imagine if you will Eternal Sunshine of the Spotless Mind, except, instead of a tragic love story, it’s a Chinese crime thriller; and you have the foundation for Leste Chen’s Battle of Memories.

Bo Huang plays Jiang Feng, a famed novelist who, after filing for divorce from his wife, decides to wipe his fondest memories of her from his mind by undergoing a popular new surgery that can do just that. Too bad for him, upon returning from the procedure, his wife says that she won’t sign the divorce papers until he has the memories returned.

The good news is that you can have your memories put back in, which takes only 72 hours to fully form; the bad news that is the memories that are put back into Jian Feng are not his own. When the lost memories start coming back, he quickly realizes that, not only are they not his, but they’re those of a serial killer. Now, he must work with a skeptical team of police detectives to catch the killer before he strikes again.

The method in which Chen conveys memory in the film is compelling enough: Jiang relives a black-and-white version of another person’s life, being forced to say and do everything that person did in that moment. But where the film really shines is when Jiang dreams about these new memories, causing an Inception-like reality wherein he’s watching himself live out a killer’s memory. These moments are displayed in beautiful black and white, and although the dream sequence only happens in one of the half dozen or so memories recalled, it’s enough to evoke an additional layer of creativity onto what would otherwise be your typical procedural. 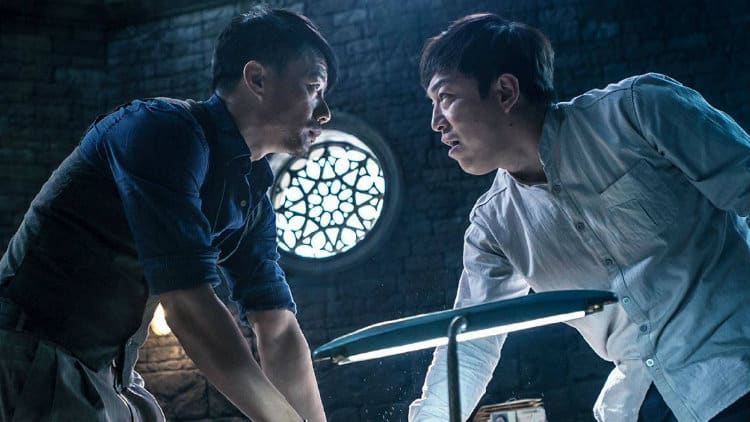 Like many Asian crime thrillers, the twists and turns in Battle of Memories are in no short supply and prove to be satisfying, if not slightly convoluted. Most will fairly quickly pin down the identity of the killer, but Chen throws a curveball in the last act to keep the audience guessing until the very end.

One interesting narrative wrinkle is that, because Jiang suddenly has the memories of a serial killer, he himself is gradually becoming more disposed to violent outbursts. He, along with the police he’s aiding, realize that if they wait the full 72-hours for the memories to take hold, it’s possible that he could turn into a monster. This concept is touched upon several times but never really amounts to much, which is a bit of a letdown.

Battle of Memories is a tightly wound police procedural with a dash of science fiction thrown in for good measure. It’s light on action but exciting nonetheless, relying heavily on its premise to deliver an entertaining psychological thriller that keeps the audience engaged even after its secrets are revealed.