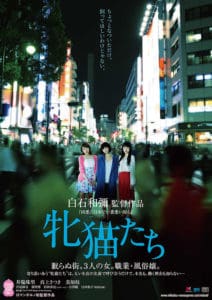 A dedication to “felines everywhere” marks the opening of Kazuya Shiraishi’s film, Dawn of the Felines. It’s a somewhat vague declaration in that the label “felines” is not sufficiently defined from the outset; and, since there are no biologically-defined felines to be found, one must assume that Shiraishi is referring to women since the film does center around three individual women that work for a type of escort agency. But, then again, is Shiraishi referring to all women? Independent women? Specifically women in the escort trade? To be perfectly honest, I’m not sure and don’t think I ever will be.

Either way, I mention the dedication because one would think that a film named after, about, and dedicated to the “felines” of the world would spotlight those individuals with, at least, a modicum of admiration or some semblance of respect but Shiraishi proceeds to present his character trifecta as nothing more than sexual objects, perpetual victims and, worse, as perpetrators of abuse. Instead of casting them in a reverential or respectful light, it seems as though they are – at best – presented with indifference; and, in other instances, presented in an exploitative way.

The first, most noticeable bit of evidence that points towards an exploitative feel would be the camera’s focus during certain scenes. Naturally, its attention is centered on capturing the interpersonal exchanges between actors but, for whatever reason, the moment one of these women remove their clothing the camera seems to get distracted. It is understandable that a naked body is going to enter the frame given the subject matter but to have the camera divert away from the action in order to solely capture a woman’s bare chest comes off as a touch juvenile as Shiraishi cannot seem to help himself from ogling at every opportunity.

It also lends itself to an inference that the film is reveling and on the side of the men using and abusing these women. Which, again, renders that dedication disingenuous and baffling, overall. It sets the tone early on, effectively skewing the following actions; as if, not only are the male characters of this film against the three women at its center but, so too, is the film itself. 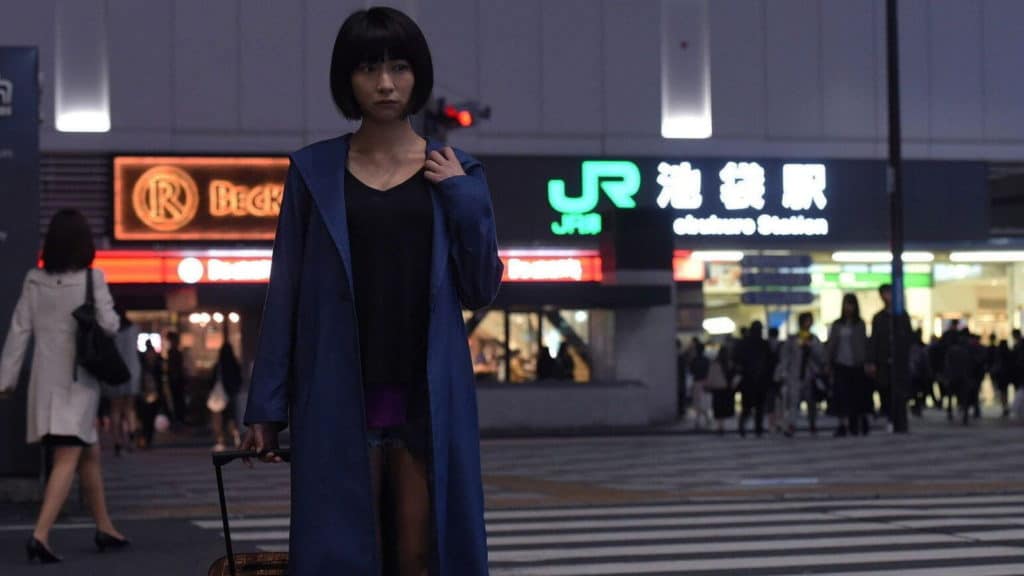 To further complicate matters these three women, along with their respective characters arcs, suffer from a lack of development and/or nuance. They have no life outside of their employment; even when they attempt to live life or look for love, their attempts lead them no further than the confines of their employment, becoming obsessed with and falling in love with their own clients. Shiraishi lacks the ability to develop his female protagonists, to layer their personalities, into complex individuals. Instead, he writes them further and further into their narrow existences through the realization of simplistic male fantasies.

On top of all of this, one of the women is strangled half-way near to death then proceeds immediately to forgive her would-be murderer; not only that, but she is also successful in finally getting that would-be murderer to achieve an erection (oh, glory days!). The audience is also lead to believe that another of the women is (and has been) physically abusing her young son in a late addition to the plotline, an addition that is quickly subtracted by being glossed over and neglected shortly thereafter.

Again, the dedication at the beginning is baffling, as is the point of the entire production, as the film not only undermines that dedication time and time again but also appears to be actively attacking and mocking it at the same time. Maybe it’s nothing more than a nod to Noboru Tanaka’s 1972 film, The Night of the Felines. Perhaps, something was lost in translation or there is a cultural disconnect but as it stands to me now, in the present, Dawn of the Felines contains an absolute dearth of redeeming qualities.