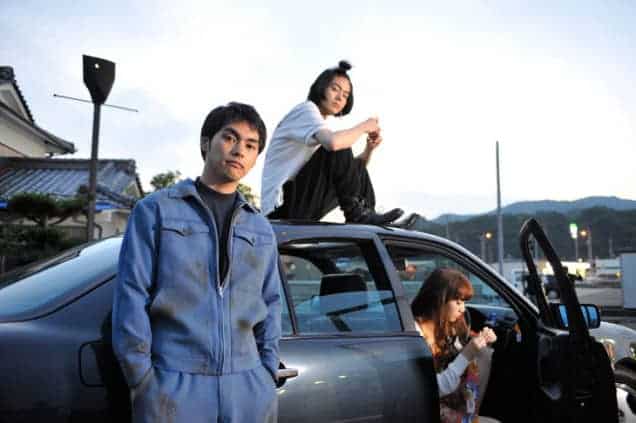 Filled to the brim with near-constant, brutal violence, Tetsuya Mariko’s Destruction Babies is an artfully crafted tale of nihilism and lost youth set against the backdrop of a hot summer in Japan.

The film begins with Shota (Nijirô Murakami) calling for his brother Taira (Yûya Yagira) from across the water of the small fishing village they reside in, only to witness Taira get jumped by a local gang. After licking his wounds, Taira takes off for the city, where he begins a reckless crusade to kick the ass of anyone and everyone who happens to cross his path.

For 108 minutes, director Mariko exposes us to some of the most authentic-looking back alley brawls I’ve seen on screen in recent memory, stringing them together in a loose narrative that allows us to bear witness to this young man’s quick decent into carnal madness. Despite all this chaos, however, there’s a subtlety in Mariko’s storytelling that acts as a perfect counterbalance to the horror depicted on screen.

Taira, who speaks only a few lines throughout the film and never outright states why he’s on this path of self destruction, appears to attack victims indiscriminately, and will not stop attacking until he, or – more often than not – they, are down for the count. This brazen disregard for humanity and fearlessness catches the eye of another young man, Yuya, who earlier in the film was spared from Taira’s wrath. 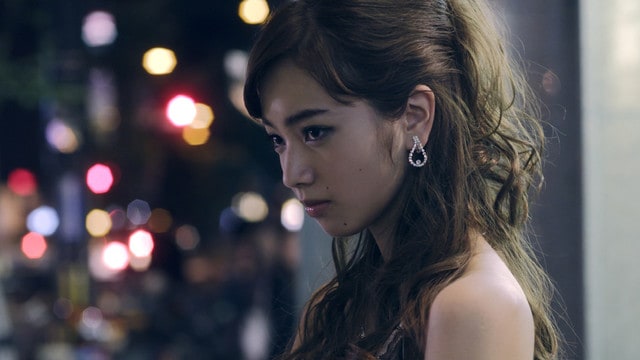 Yuya, begins following Taria, attempting to befriend him, and filming all the mayhem he’s causing. Like a certain President, ahem, whose actions suddenly normalize and justify the hate in some people, Yuya begins acting upon his frustrations, mercilessly attacking women and picking out new bystanders for Taira to pummel.

Shot with mostly handheld and accompanied by noticeably great score, Destruction Babies has a raw, stripped-down aesthetic, eschewing stylishly choreographed action sequences for down-and-dirty street fights that are messy, cringe inducing and astoundingly realistic. Rather than pulling in close with the shaky cam, Mariko keeps all the violence in frame, ensuring we can experience every punch, kick, smack and head butt.

As much a story about youth in revolt, the film paints a stark look at the age of social media and how society, perhaps unknowingly, perpetuates this type of behavior. Yuya’s need for acceptance, hunger for fame and frustration with the opposite sex turn him into a monster, and that monster gets fed through the copious use of social media. Though it may be an interesting way to explore this concept, it’s one that’s been done to death and by this point we all ought know the perils of social media and its many effects on our youth.

Still, Destruction Babies, while a bit overly long, is a unique viewing experience that you won’t forget anytime soon.