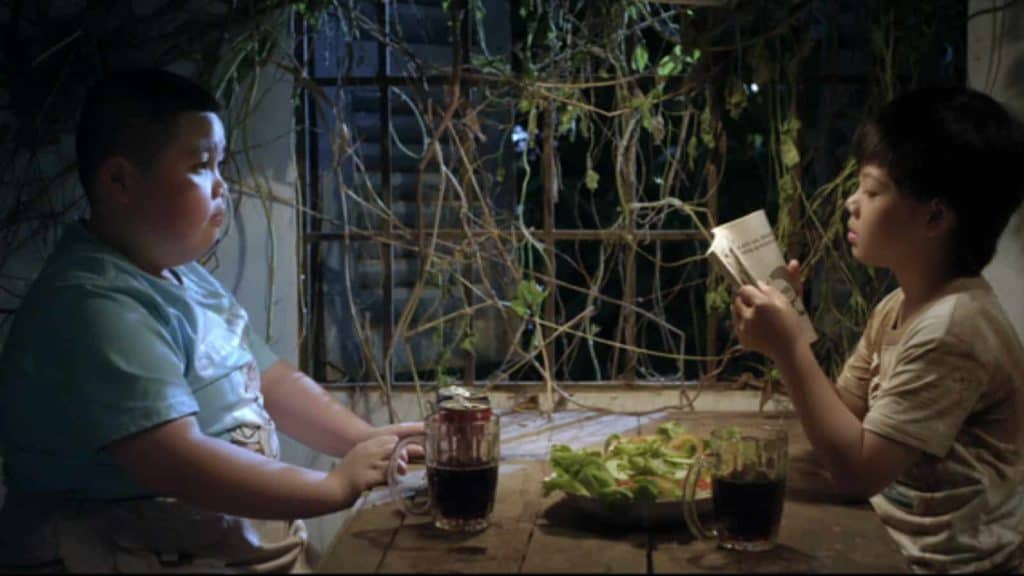 Kfc had me from the get-go. It opens with four separate and repetitive title cards adamantly announcing and insisting that this film bears no resemblance to past events or people. And you can understand why writer/director Le Binh Giang had to do this, as the script kept him from graduating film school due to it being deemed too violent by the Vietnamese Council of Examiners.

The film rambles (for a svelte 68 minutes) across many locales in Vietnam with vagabonds and all manner of corrupt people doing awful things. If Richard Linklater had an impulse for intense violence, Slacker may have looked something like this. What makes the film more than just an exercise in violent experimentation is that it is easy to believe that the most emotionally resonant scenes happened to real people.

One of the starkest scenes has a woman being paid for sex while under her bed lie her two children, smoking a cigarette and reading a magazine. All captured in one shot, the moment moves the film from its most violent impulses to its most human as the child with the cigarette flings some embers into the john’s shoes. There’s pathos, disgust and even a bit of humour there, capturing something very humane in an inhuman scenario.

The violence in the film is incredibly intense, but it rarely felt excessive. Le is navigating the film through emotionally and physically visceral genres to make an interesting point about the intersections therein. Simply, on screen violence has an impact on both the people acting out the violence and those having violence acted upon them. In a world filled with PG-13 films that love action but show no blood, this film feels like an essential piece of cinema for audiences wanting their violence to mean something.

Unfortunately, the last 20 minutes of the film do take a turn to the excessive, as the weirder impulses of the film take over from the nuanced emotions that existed up to that point. It does eventually reaffirm its thematic concerns with the effects of violence, but some of later scenes seem to revel in the violence that the rest of the film was horrified by. So, while the film is by no means a modern masterpiece, it is a remarkably strong debut feature from a young filmmaker.