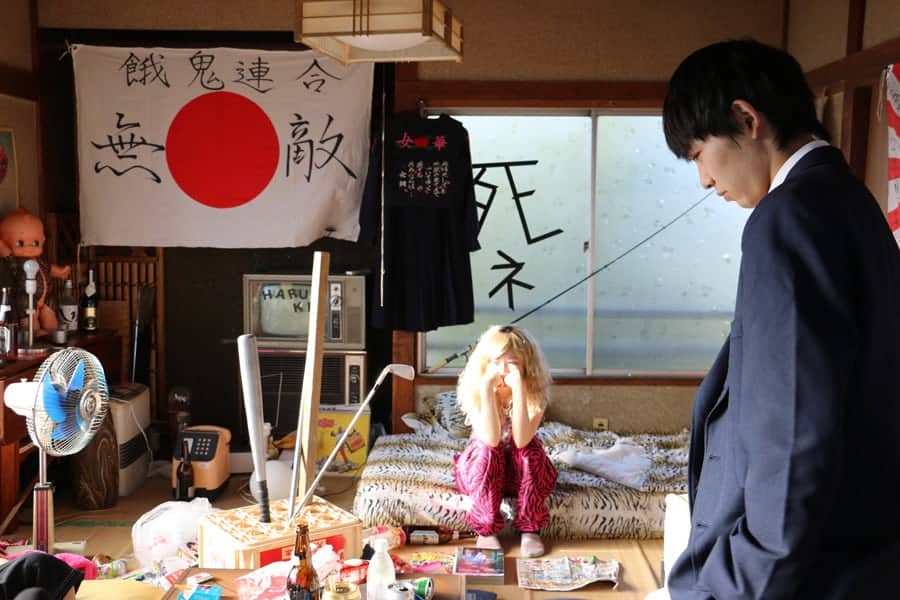 The concern over the utter aimlessness and disaffection of Japan’s youth has proven to be a topic of abundance for the country’s transgressive cinema. Whether we are talking the carefree Sun Tribe films of 1950s, the politically charged student activist films of ’60s and ’70s, or the nihilistic films that followed the burst of the economic bubble in the late ’80s, the nation’s cinema was always worried about its future working force maturing in the wrong ways.

Dipping himself back into this discourse after wondering what teens would get up to if they knew the world was ending in The Last Days of the World, director Eiji Uchida’s Love and Other Cults paints a picture of aimless teens looking (and failing) to find a place to belong in the contemporary sphere where individuality becomes less and less valued.

Mainly centering itself on the figure of Ai Shima (Sairi Itoh) as just one of these lost children, the film partakes in transplanting her from one bizarre surrounding to the next, almost like a series of vignettes. Beginning with a guru-worshipping religious cult her mother sends her to, which I assume is meant to not-to-subtly evoke the Aum Shinrikyo, Ito pulls off a Chameleon-like performance as she effortlessly installs herself with Yankii (underprivileged delinquents), within a picturesque suburban family, and in several other situations that speak to how desultory the character is. 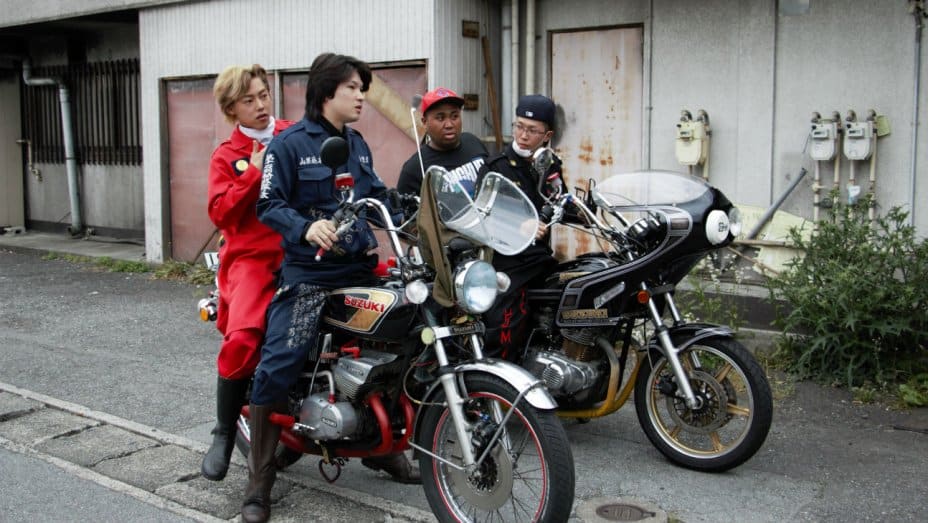 Narrating and occasionally interacting with her journey is Ryota (Kenta Suga), who the film attempts to present as a love interest despite a scant characterization and a lack of both chemistry and screen time between the two. His own journey of lackadaisically ascending the ranks of a local delinquent gang runs awkwardly parallel to Ai’s, and this becomes by far the film’s most punishing flaw – its acute lack of focus.

If Uchida had shown restraint in his storytelling and zeroed in on/developed this relationship as the anchor for his narrative, Love and Other Cults could have at least had something of substance at the center of its brief hour-and-a-half runtime. Opting instead for a scattershot approach, he spreads himself too thin and shifts the focus away to spotlight the tangential adventures of yakuza hopefuls Yuji (Kaito Yoshimura) and Kenta (Antony), whose weighted inclusion can’t shake off the feeling of unnecessary padding.

Along with a barely involved Ryota, their story of a local gang war on their territory and Kenta’s wanting to go straight after finding love feels distressingly out of place given their presentation as secondary players to Ai and Ryota’s story. The film seems to liken itself to that of an ensemble film in how it drops and picks up multiple character-focused narratives, but given the disproportionate amount of weight it offers Ai compared to the rest of the cast, the inclusion of these competing story lines are never fully justified. If anything, they detract from what little effectiveness the main narrative could have had because (lacking a consistent, unbroken continuity) Ai’s journey feels stunted.

I got the impression Uchida had one or two uncompleted scripts revolving around the same relative theme and haphazardly stitched them together. Not just from the self-contained vignette structure, but also from how awkward the pacing feels as it tries to flow from one section of the film to the other. This also means the tone of Love and Other Cults shifts violently from one scene to the next. 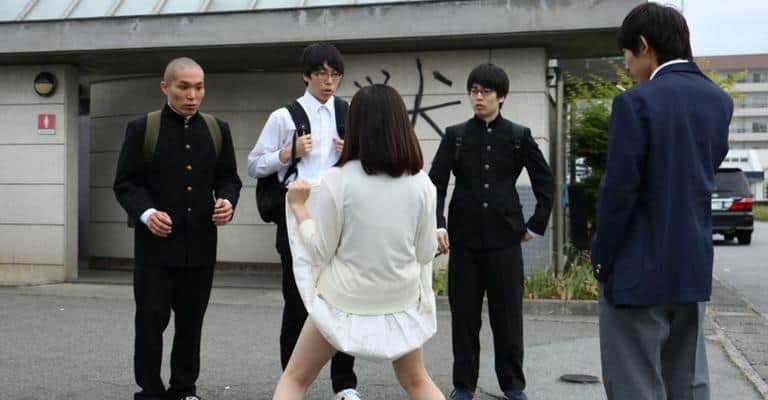 The goofy jabs at cult communes in the opening scenes contrast poorly with the visceral and sobering realities of Ai selling herself in the seedy red-light district near the end. By themselves they could engage but, assembled as they are, nothing really benefits from the symbiosis.

Love and Other Cults is not without its charms, but what is salvageable from this messy execution is an omnibus of proof of concepts for more realized films. In wanting to capture the aimlessness of his youthful subjects and contribute in a continuing Japanese cinematic tradition of teen panic, Uchida became aimless in his directing and cobbles together a feature from story scraps positioned awkwardly next to one another.

The foundation is meant to be the love story at the center, but as presented with the story lines jockeying for priority, it never registers. At the end, when Ryota signs off to the audience with the proclamation that “this is love story,” I wondered if it was me or him who wasn’t paying attention to the past hour and a half.