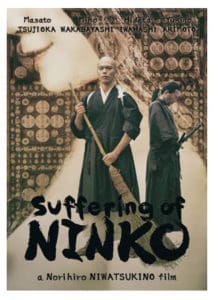 Mixing animation with live-action photography is a consistently compelling tactic in contemporary filmmaking. Whether it’s in comedies like Who Framed Roger Rabbit and Space Jam or in action films like Kill Bill Vol. 1, the additional work required to mix the two modes demands an artistic intention that makes the animation mean something more than what could be done with either mode on its own.

While I am not an expert on the history of Japanese painting, it is obvious that Noirhio Niwatsukino’s debut feature, Suffering of Ninko, is using different period styles to accentuate different aspects of the film’s taut 70-minute narrative. Heian styles punctuate the narrative beats while Shunga are positioned as Ninko’s fantasies; other, more colorful and religious-themed, Ukiyo-e prints are used in Ninko’s meditations. 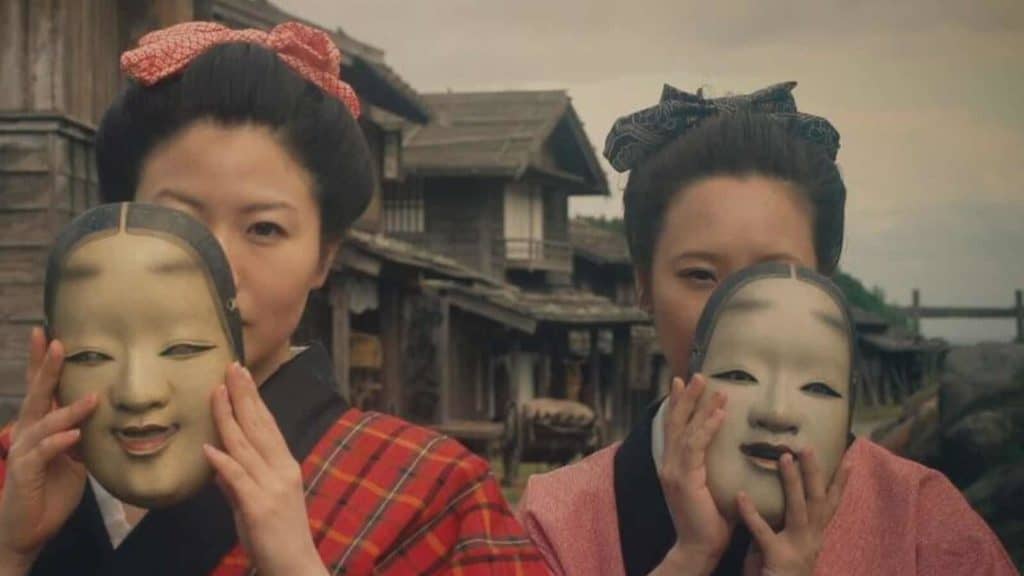 These aesthetics are the main reason to see the film, as the narrative itself often treads into tedium as our hero Ninko (Masato Tsujioka) is chased further and further into delirium by the women in his village and those in his dreams. The concept of an irresistible sex object sounds banal in the best of circumstances, but the conflict of the film is less about the suffering than it is about the cause of the irresistibility itself.

Here it is a mystical curse causing Ninko this problem, but both his brothers in the monastery and his own deepest fears argue that his sexual irresistibility is due to some moral failing on his part. Ninko spends most of the movie in intense periods of prayer, repeating mantras obsessively in the hopes of accessing some peaceful nirvana. All of this is to no avail, and the conclusion to the film offers more than enough fodder for a rich feminist reading of the masculine psyche.

All in all, Suffering of Ninko is a strong debut feature, but perhaps more importantly, it is a great argument for the 70-minute movie. In Hollywood this likely would have been stretched into a two-hour monstrosity, when it instead works best as this small intimate tale.