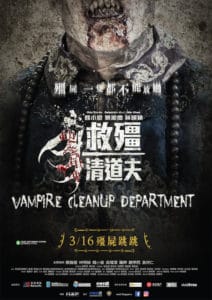 Babyjohn Choi plays Tim – a young man struggling to find his place in the world and who, after getting bitten by a vampire, discovers that A) these mythological creatures are real, B) that he’s somehow immune, and C) that there’s a secret government organization tasked with dispatching and cleaning up after them. What’s more, it turns out that Tim’s parents, who died years ago, were members of this group, so naturally he decides to become their next recruit.

After a series of insignificant and slightly dull training montages, Tim heads out on his first assignment involving a diver who accidentally awakens two vampires lying dormant at the bottom of the lake – one, an all-powerful super vampire, and the other, a beautiful mute lady vampire (played by pop singer Lin Min-Chen).

The female vampire kisses Tim, restoring her youth for some reason, and as a lonely dork, he begins falling in love with her. He calls her Summer and hides her away in his room, not informing his co-workers of her existence while he attempts to figure out a way to humanize her. 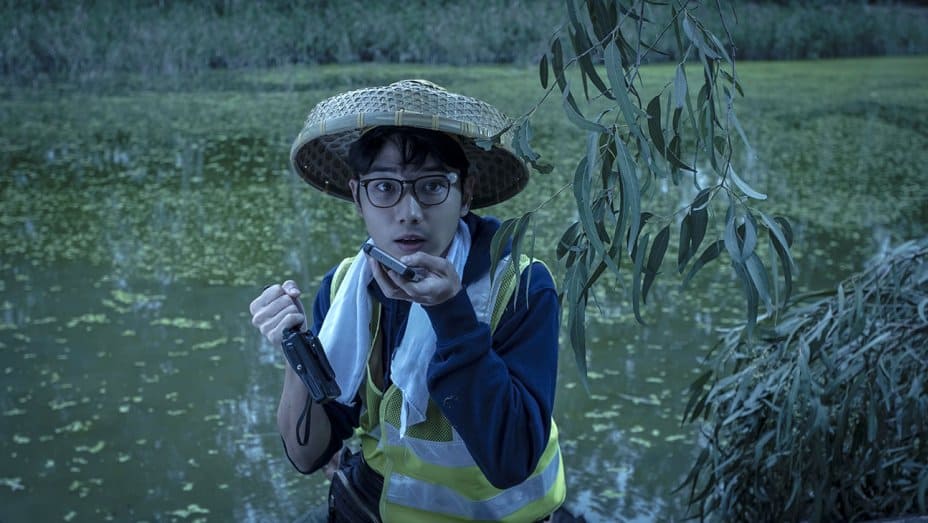 The love story angle is slight, but then again most everything is in Vampire Cleanup Department, which sets the groundwork for an interesting narrative but never delivers on anything worthwhile. The action, while entertaining, is far too sparse given the amount of time dedicated to the training sequences and ultimately proves to be forgettable in a forgettable film.

The melding of old and new is a fun idea, like the use of paper glyphs to subdue the nightwalkers, but having Summer hop around like a fool with her arms raised is simply too goofy to get behind. Some of the gags are more on point though, adding a distinct charm to the film and making it an entertaining watch despite its shortcomings.

Although there isn’t much going on in Vampire Cleanup Department, the framework has been set for what I hope will be a better-developed sequel. The concept and characters are endearing, however the overall experience is a bit humdrum, leaving me wanting more. Still, this is a promising directorial debut from Sin-Hang Chiu and Pak-Wing Yan, and I’ll be eagerly keeping an eye out for their next project.