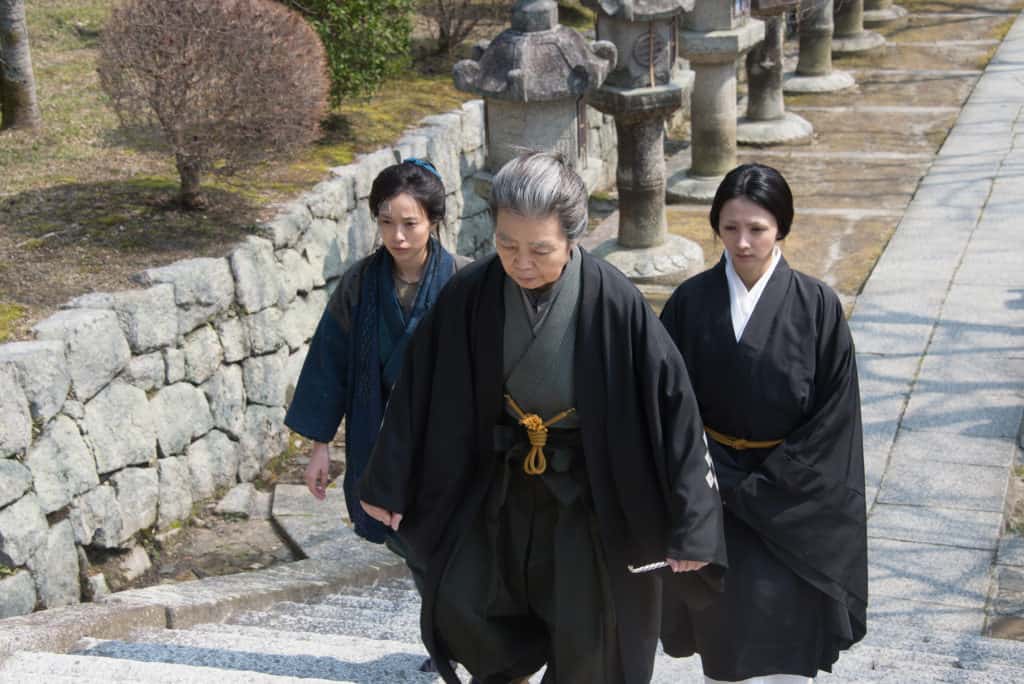 As a director who defined himself by his outside-looking perspective, as a journeyman who studied under Howard Hawks abroad before returning to his native country to fulfill his dream of becoming a director, Masato Harada’s filmography up till now was identifiable by a freely critical attitude toward Japanese culture and society. Experimental ’90s films on the liminal status of blue-collar immigrants in Japan (Kamikaze Taxi) or the identity conflicts of women who find themselves trapped in the profession of prostitution (Bounce Ko Gals) made him a household name and set the bar to his career that he has never since surpassed.

Kakekomi, his 2015 jidai-geki about a temple providing sanctuary to women seeking divorces from their abusive spouses in the Edo period, sees him returning to that critical edge, which initially defined his career, but with the obvious change of a slicker, more purposeful visual style. His presentation of the Edo period is a comprehensive rendering with an impressive amount of attention paid to the minutest detail of setting and costuming, but even with this in mind, the veracity of his vision is unable to give legs to his half-realized slams against the antiquated Edo patriarchy.

In the Edo period, when the apparent divorce rate was twice as high as it is in the present day, the emperor’s austerity laws cracked down on the common people in the form of a thrift ordinance that favored the rich, powerful and (unsurprisingly) male members of society. With significantly less power, women seeking separation from their abusive husbands had one resource in the form of Tokeiji, a Buddhist temple that operates as a sanctuary to house and protect them from their spouses until they agree to amicably divorce. 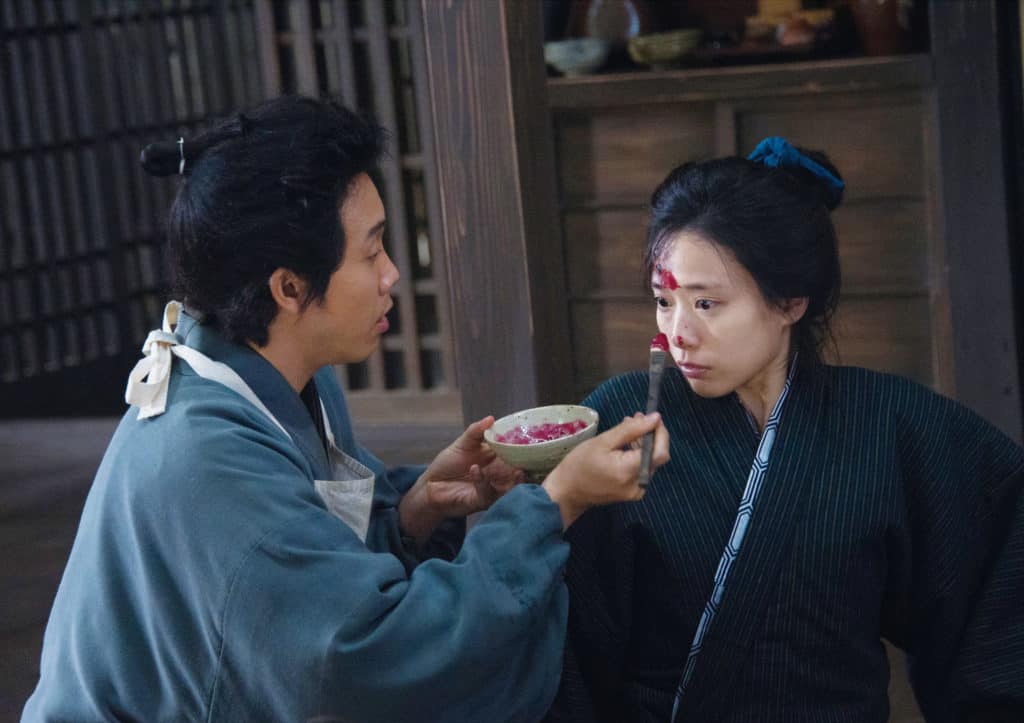 Two of these “Kakekomi” are Ogin (Hikaro Mitsushima), who seeks to quit being the concubine of an influential black-market dealer, and the disfigured blacksmith Jogo (Erika Toda), whose husband has made her carry the family business squarely on her back for the majority of their unhappy marriage. Arriving at the temple under the wise guidance of the matriarch Genbee (Kirin Kiki) and the Buddhist Nun Hoshu (Hana Hizuki) to better themselves/prepare for the imminent confrontation with their husbands, Harada pushes his film to function as this loose empowerment anthem, where the female camaraderie of the temple acts a support system for the encroaching masculine oppression of Edo society.

At least he was on track for his film to have this prescient bend to it until he reveals Shinjiro (Yo Oizumi) as the bumbling medicine man, amateur writer and actual protagonist to Harada’s weakly defined dramatic comedy. Though we start in this solemn state of mind of battered women reclaiming their autonomy and respect in the face of their despicable partners, the film consistently detours into the clownish antics of Shinjiro as he works and lives in Tokeiji as the nephew of Genbee, and the melding of tones doesn’t work.

The subject matter of the A story – and the severity that the actresses bring to their performance – clash problematically with Oizumi’s Roberto Benigni-esque mugging as he treats the women of Tokeiji in gag-laden farce of medical mistakes. An extended scene of him attempting to administer a honey enema to a patient while being barred from looking by the head nun is supposedly funny on a conceptual base, but when it is sandwiched between women lamenting their abuse, it is a challenge to get in the mood for it. 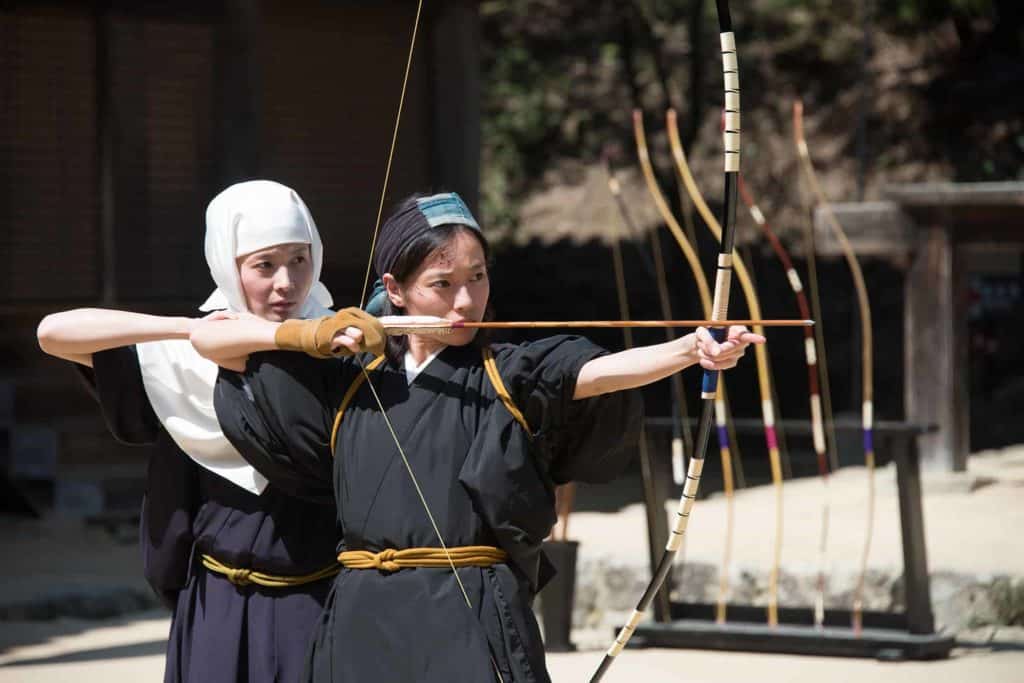 Shinjiro also serves as the romantic interest for Jogo in a flighty romantic plot, which is played well by the leads and is able to circumvent the tonal missteps of the overall film. As she rediscovers her independence and value outside of the relationship to her neglectful, exploitative husband, Jogo grows warm to the flat earnestness of Shinjiro, and their courtship fills the back half of the film, which – at two and a half hours – is overly long to begin with.

Structurally, Harada props up his narrative with vignettes of other women of Tokeiji that function as story detours in an unsuccessful bid to justify this frankly indulgent length. It is a oddly bloated film for a story that solely takes placed at the Tokeiji temple and quickly distances itself from the austerity laws that serve as the backdrop.

Yet the saving grace of this mismatched dramedy is Harada’s visual sense, which sees him applying himself to the moody time period with ease. A crisp, ambitious outlook informs his cinematography as the naturally lit locales and surgically deconstructed sets attest to the sleekness of the director’s eye and the amount of budget at his disposable. 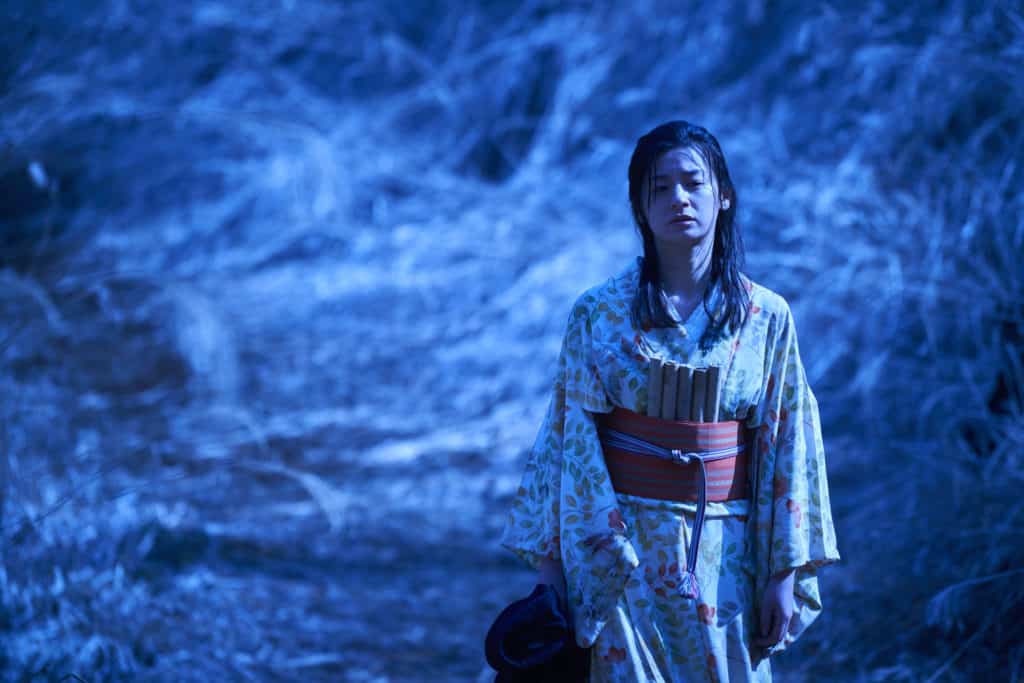 Kakekomi is the definition of an expensive tent pole production for Shochiku and its 120th anniversary rollout, and, for better or worse, that invested money appears very clearly on screen in its breathtaking set designs and smooth, evocative look. It is an undeniably pretty production, but – like most other things about Kakekomi – once you delve below the surface, the film has little else to show you in terms of depth.

There exists good intentions behind Harada’s want to focus on the plight of Edo women and the disproportionate favoritism of the institution of marriage at the time, but lacking the follow-through and giving into broad populist appeals to entertainment makes these intents inherently shallow. At this stage of his career, two decades from the renegade independence of his 1990s prominence, his ability to shed an outsider light onto Japan-specific social issues is still detectable in his work but has clearly dimmed in the name of mass entertainment.