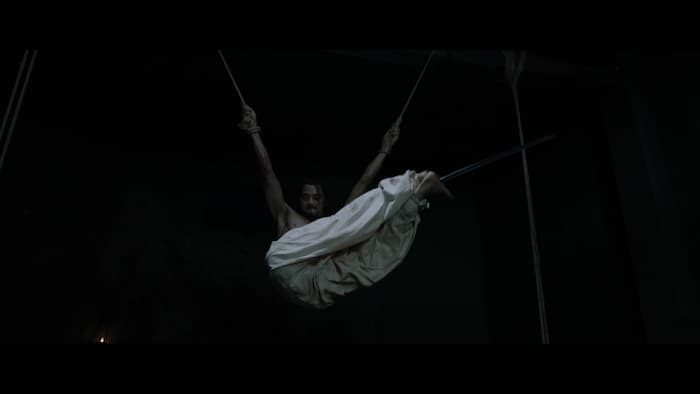 Set in Korea’s Joseon era, shortly after the ascension of King Yeongjo upon the death of his brother, Kim Hong-sun’s The Age of Blood keeps the historical rhetoric to a minimum in favor of nearly non-stop martial arts action, which is, as the title suggests, fairly bloody.

Hae-In Jung stars as Kim-Ho, a disgraced member of the royal guard who gets demoted to a prison guard, working under his uncle, despite his near superhuman fighting skills. On his first night on duty, there’s an attack on the prison to free the leader of the Soron faction, a group that is leading a rebellion against the new king. Kim-Ho, showing blind loyalty to the crown, will do everything in his power to stop the traitors, which typically means killing a whole lot of dudes. 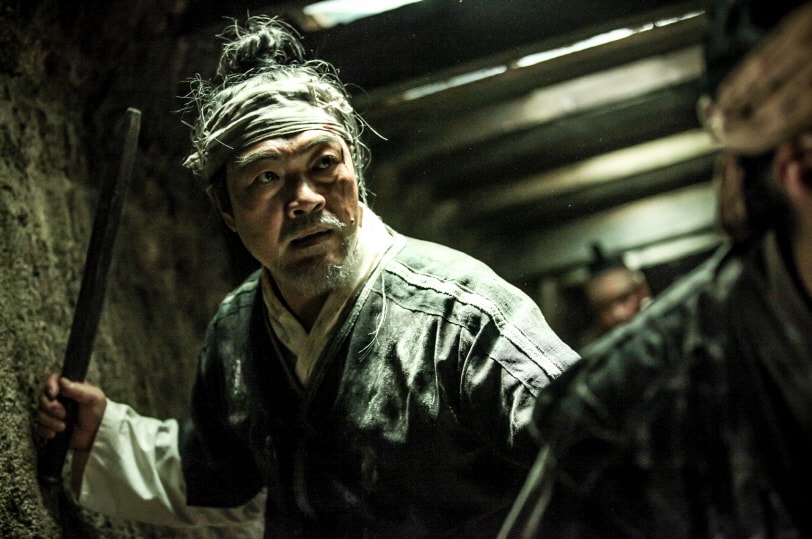 Though its foundation is based on historical events, there’s no need to be concerned about being bogged down with politics here; rest assured, the film is primarily a bombastic martial-arts flick, filled to the brim with relentless fighting.

The fight choreography is top notch, with Kim-Ho as an utter bad-ass at every turn, a seemingly indestructible killing force propelled only by his need to excel at his job, which, in this case, is killing hordes of invaders. One impeccably shot sequence involves a bow and arrow fight in which Kim-Ho takes on two archers at once. Opting for a more quiet, strategic fight added a layer of tension to the film not previously felt in the other, louder, more brutal fights.

Although it seems like Kim-Ho is an unrelenting killing machine, the bulk of the action is kept on the ground in a more realistic fashion – no wire work here – but what truly breaks the immersion of the film is the copious and gratuitous amount of CG blood used at every possible moment. It looks so jarringly bad that I’m baffled as to why they decided to include it at all. To make matters worse, there are no fewer than five moments where the CG blood splatters the camera, an effect that doesn’t fit the aesthetic of the film and cheapens the experience. 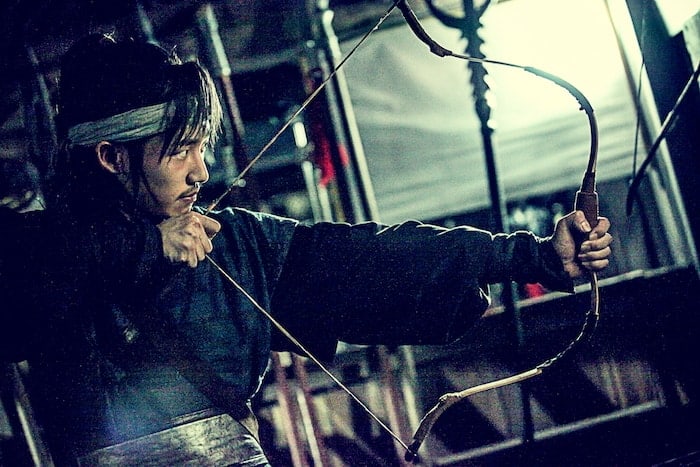 The angles at which most of the sequences were shot don’t appear as though they were taking the blood’s trajectory into consideration, so you have people getting slashed and cartoon blood just shooting everywhere, defying physics as it disappears into the air. Unfortunately, this will be the most memorable aspect of The Age of Blood for me, despite the action being very satisfying.

That said, if you can get past the ridiculous CG blood (clearly I can’t), The Age of Blood is an entertaining period piece that proves the time period isn’t just reserved for Japanese and Chinese cinema. With its light plot, focus on action and highly likable protagonist, this film still warrants a recommendation despite its shortcomings.