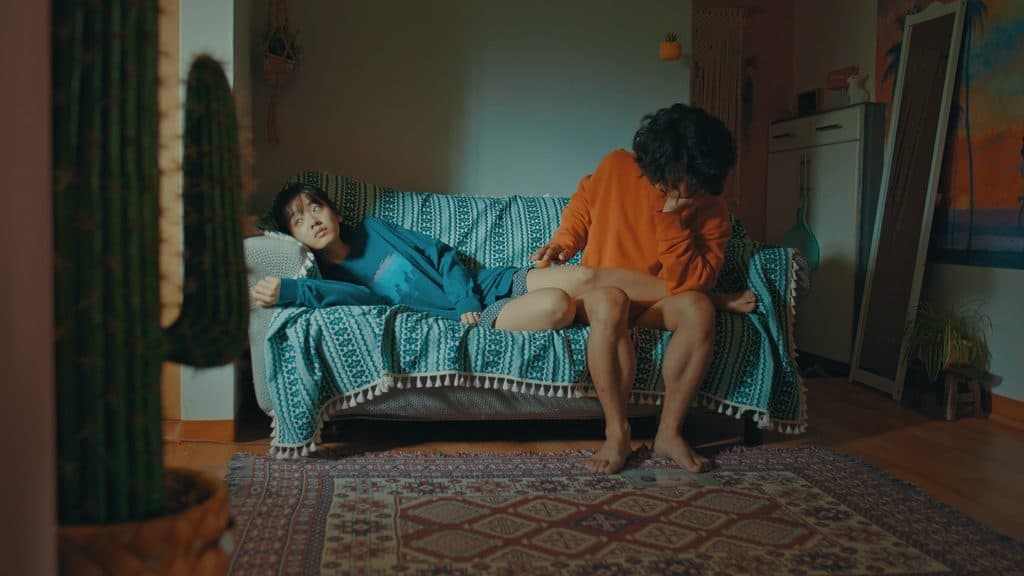 The titular Maggie is a catfish who can predict earthquakes and whose bitter internal monologue serves as the narration and running commentary to Yi Ok-seop’s outlandish debut feature. Possessing the devil-may-care experimentation of a first film and seemingly trying to throw everything at the wall to see what sticks, Maggie the catfish is but one of the numerous normalcy rejecting tangents Yi’s film indulges in with anarchic abandon. Like the twee, literal playfulness of Amélie before it, Maggie meanders in search of a point with understated purpose, bringing you into the weird vibes it emanates until you’re intoxicated.

The most consistent bedrock of Maggie is the question of what and who we trust, and this question remains foregrounded in so much of the film’s bizarre digressions. The movie primarily follows Yeo Yoon-young, a nurse at a privatized hospital whose relationship with her boyfriend is fraught to say the least. After a comical misunderstanding, where an incriminating X-ray is found all but exposing their use of the X-ray room for sex (along with the entire staff doing the same, we come to find out), she begins to have doubts about her boyfriend’s honesty. 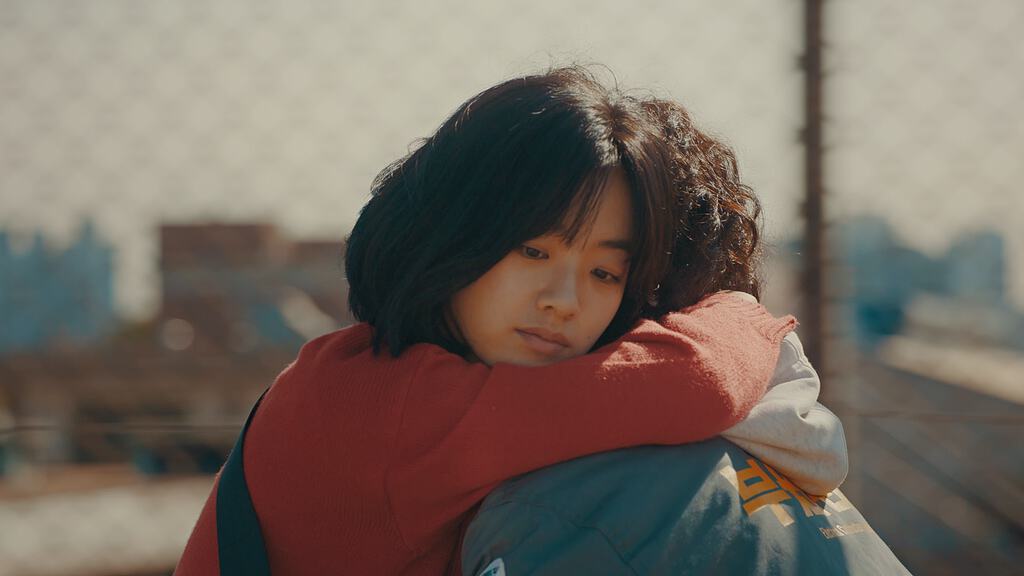 Meanwhile, a plague of unexplained sinkholes begin opening up all over the country, and her boyfriend, who resigned from his hospital job out of shame despite not being the culprit, gets a job filling them in with an overnight crew. This is the basis of the plot, which functions more as a tapestry for strange, adroit details to be woven throughout with delightful free-spiritedness.

Yi’s approach is a refreshingly manic one, which embraces the familiar weirdness of the everyday and spotlights it with her story of a mundane relationship on (literally) shaky ground. Her visual digressions seem to look for every conceivable angle for a scene to play on , giving her feature a unique flair which is hard to not become  absorbed into while watching. 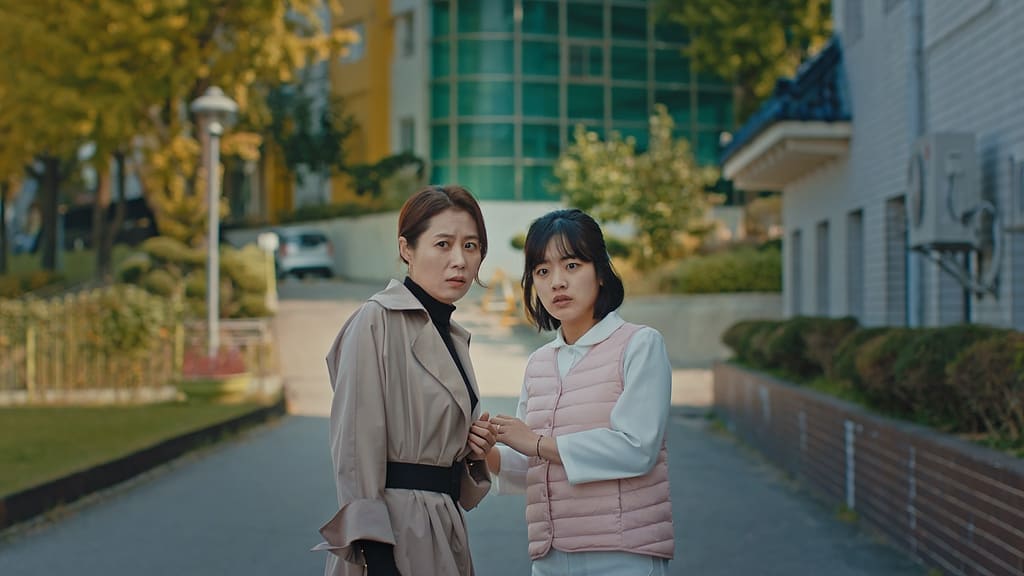 Even when the film has expended its initial premise of Yoon-young and her superior, Dr. Lee, confronting all the hospital employees who called it sick, buttressing the strong theme of truthfulness and becoming  a meandering aimless romantic comedy, you find yourself hooked by Yi’s willingness to shake up the monotony with her visual language. Strange, idiosyncratic details are littered throughout the script and give the whole production an oneiric charm that can help push viewers past the utter ordinariness of it all.

Yi’s whatever-works approach is also a double-edged sword; although she portrays a willingness to run with every idea she has and let the film tell her what it wants to be in time, this also leads to a lot of subplots and details that go nowhere. In some cases it adds to the charm, such as a prolonged sequence where the boyfriend inexplicably becomes the main character. He suspects his coworker at the hole-filling job pilfered his ring, a breach-of-trust plot that hilariously leads to airless disappointment. 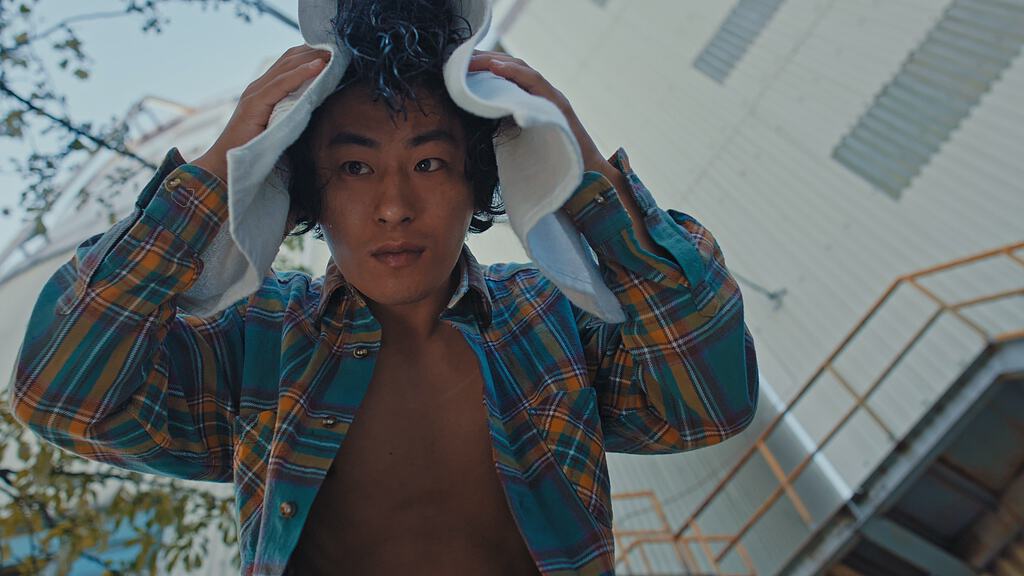 Other oddities, such as the superior’s follow-up career involving green screens and people in gorilla costumes, come off as forced wackiness and become grating and distracting. I appreciate her willingness to experiment and maintaining Maggie’s oddball resistance to a straightforward plot, but the episodic nature simply becomes too much.

The film does settle on the breakdown of trust between the two main characters and is echoed by the literal breakdown of the world around them in the form of sinkholes. These segments have some very strong points to make about the value of truthfulness and faith in a relationship and make them with such oddball tenacity that I wish the film had more of this content instead of the Amélie-like wacky digressions. Regardless, the whole effect of Maggie is a seductive curiosity that needs to be seen to believed…that is, if you can stand a debut director gleefully wasting your time with such understated purpose.