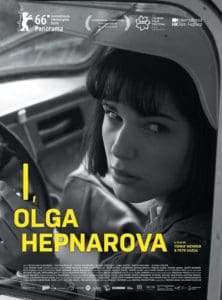 Olga Hepnarová was the last woman to be executed in Czechoslovakia back in 1975, convicted of murder after she deliberately drove a truck onto the sidewalk, running over several citizens that happened to be waiting for the tram. Eight people died, twelve people were injured. Kazda and Weinreb’s film, I, Olga Hepnarová, is based on this true story and utilizes the real-life writings of the condemned. With that, an immediate question arises – why and for what purpose?

Obviously, that question can be directed at any film and is especially true of film adaptations of tragic real-world events such as these. Having witnessed a number of these types of films recently – from I, Olga Hepnarová to Dark Night to Christine, to name a few – I still find myself unable to produce an answer that seems justifiable. In most cases, these projects come off as opportunistic in the sense that a current event or climate closely resembling another from the past is seized upon and put into production to capitalize upon that prevailing sense of interest and/or connection.

I, Olga Hepnarová is no different. Whether it is the nature of the crime or the catalyst or said crime both are currently identifiable in the world now. But again, the question of why and for what purpose persists. Is this film supposed to act as a warning or a cautionary tale; as a reiteration; as an attempt at and understanding? It is neither one of those things. It is nothing more than a somewhat similar case trotted out robed in black-and-white slow cinema aesthetics to garner praise at international film festivals. There is no exploration or mediation to be found, just an excuse for a photogenic young woman (Michalina Olszanska) to convey morose while chain smoking, or to participate in intermittent lesbian sex scenes. 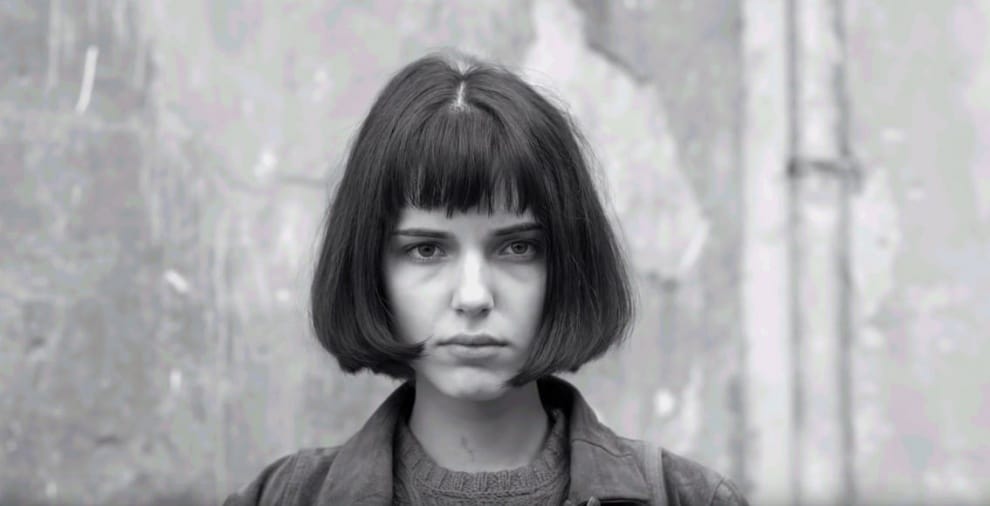 Kazda and Weinreb have resurrected specters, empty husks of being, to be run over with truck-front-fixed camera inside a black-and-white frame for ‘art’ in the hopes of success, both critically and financially. On top of this they have the gall to posit a question – is society responsible? – within their paper-thin faux-exploration as their own. Instead of as the intrinsic inquiry that it is. Furthermore, the answer is simple and always the same – yes. In one way or another, society is always responsible as it affects each individual’s actions consciously and/or subconsciously.

But, Kazda and Weinreb are not here for questions or answers really. They are here to capitalize. They are here to monetize. They are here to utilize the innocent deaths of eight Czechs from 1973 at a tram stop in Prague for their own personal gains in the guise of artfully faux-examining the societal implications of abusing citizens perpetually, emotionally and psychologically. The filmmakers sat and planned the logistics of recreating those deaths in a realistic, believable way with, one would assume, aesthetics in mind. It is astonishing that, as filmmakers and artists, Kazda and Weinreb are capable of wondering if and how a society can directly/indirectly contribute to the actions of Olga Hepnarová and yet, at the same time, lack the mental wherewithal to fully consider their role and intentions in recreating a story such as this with total disregard for the victims.

A group of professionals and artists created ciphers of the deceased, in the present, only to murder them all over again. The difference this time around is that the victims are rendered entirely faceless and without being (in a sense), they exist solely to be run down by a damaged woman with the sole purpose of murdering as many people as possible. They are not people anymore, they are merely extensions of the pavement that Olga traverses with her truck. They were disposable to Olga then and they have become disposable to Kazda and Weinreb now; they have, in fact, doubled-down on the disposability of each victim. They are no longer people just appropriated bodies now existing in perpetuity as cinematic death.