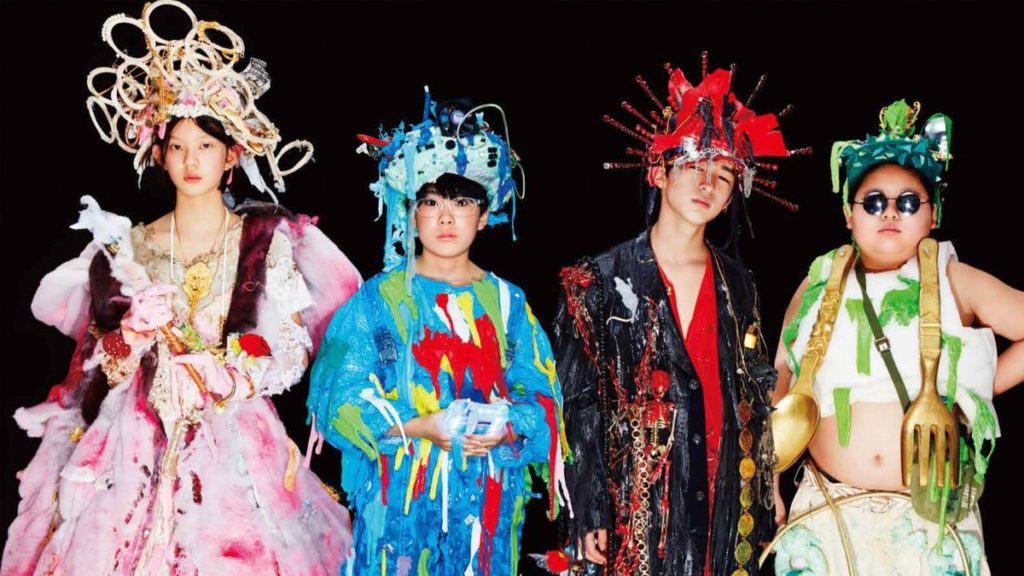 Oscilloscope Laboratories has announced they have acquired the North American rights to Makoto Nagahisa’s debut feature We Are Little Zombies, which concerns a team of four orphans who get together to start an 8-bit infused band.

The film premiered at Sundance last year and will be brought to theaters later this year.

(New York, NY) January 15, 2020 — Oscilloscope Laboratories, in partnership with Anita Gou’s Kindred Spirit, acquired North American rights to writer-director Makoto Nagahisa’s debut feature, WE ARE LITTLE ZOMBIES. The Japanese-language film had its world premiere at the 2019 Sundance Film Festival, where it won the World Cinema Dramatic Special Jury Award for Originality. Nagahisa’s 2017 short, AND SO WE PUT GOLDFISH IN THE POOL, which he also wrote, was the first Japanese film to win the Short Film Grand Jury Prize at the Sundance Film Festival. WE ARE LITTLE ZOMBIES has played numerous festivals this year, including the Berlin International Film Festival, where it won a special mention prize. Oscilloscope and Kindred Spirit will bring WE ARE LITTLE ZOMBIES to theaters in 2020.

When four young orphans—Hikari, Ikuko, Ishi, and Takemura—first meet, their parents’ bodies are being turned into dust, like fine Parmesan atop a plate of spaghetti Bolognese, and yet none of them can shed a tear. They are like zombies; devoid of all emotion. With no family, no future, no dreams, and no way to move forward, the young teens decide that the first level of this new existence involves salvaging a gaming console, an old electric bass, and a charred wok from their former homes—just enough to start a band—and then conquer the world. Tragedy, comedy, music, social criticism, and teenage angst are all subsumed in this eccentric cinematic tsunami.

Of the acquisition, filmmaker Makoto Nagahisa said, “I am more than excited to learn that WE ARE LITTLE ZOMBIES is finally hitting theatres in the U.S.! And as Oscilloscope’s very first Japanese film distribution?! Huge thanks to everyone who made it happen! The screenings at Sundance were filled with laughter despite it being a sort of tragedy. I wish for audiences in the states to enjoy the film in any way they wish. They are certainly free to dance while watching the band sequence. Please be advised that there is an important message that can be found after its end credits, so please, please stay till the end. I deeply hope the film will reach all children and adults who were once a child. Lastly one more important notice: this film is NOT a zombie film!”

O-Scope’s Dan Berger said, “WE ARE LITTLE ZOMBIES is a film that genuinely defies categorization. At its heart, it’s an inspiring tale of overcoming grief, but on its face, it’s a wild, videogame inspired, musical oddity. And yet it somehow all melds together perfectly. With his feature debut, Makoto has really established himself as a filmmaker to watch.”

Kindred Spirit’s Anita Gou commented, “Makoto’s feature debut is a cinematic experience that is at once heartfelt, hilarious, and kaleidoscopic. It bursts at the seams with energy and joy while telling a coming-of-age story about grief and loss that transcends the boundaries of culture and language. Makoto is undoubtedly one of the most exciting and visionary filmmakers working today, and we are beyond proud to be partnering with Oscilloscope to introduce his work to an American audience on the big screen.”