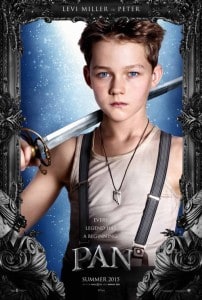 Joe Wright’s fantasy/adventure/family film, Pan, chronicles the life of a 12-year-old boy, orphaned as an infant, who would eventually become the infamous Peter Pan. On the surface, this origin story had an intriguing premise: where Peter and his lost boys came from; how he came to be in Neverland (or Never Never Land, as I prefer); where he met Tinker Bell, Tiger Lily and the mermaids; etc. I was actually really excited for this one, but sadly, Pan failed to live up to its enormous potential.

From a surprise and ill-fitting – and completely bizarre – musical number, Nirvana’s “Smells Like Teen Spirit,” to its hit-or-miss visuals, the film’s tone was all over the place, and the story left much to be desired. There are certain things you look for in origin stories, even if it’s just a nod to us fans. Any hints at classical Peter Pan story traits, like the fairy dust, Peter’s evasive shadow, the crowing and the ticking clock – were frustratingly mishandled or completely overlooked altogether. These could have possibly been forgiven had the film excelled in other areas, but, alas, it did not.

Featuring serviceable performances by Levi Miller as Peter, Hugh Jackman as the pirate Blackbeard, Rooney Mara as Princess Tiger Lily and Adeel Akhtar as Sam “Mr. Smee” Smiegel, the cast was certainly not to blame, with one exception of Garrett Hedlund’s performance as the young Captain James Hook, which was laughably bad. Perhaps Hedlund was trying to create a caricature of the man who would be Hook, but literally every line delivery felt overacted and off putting. There were also fairly forgettable performances by Cara Delevingne (who, for some reason, played all of the Neverland mermaids) and Amanda Seyfried, whose role I will not disclose as to not spoil the story.

With what I would consider to be major plot holes, such as why one character was rapidly aging (when, according to most accounts, Neverland is supposed to be a place where people don’t age), and critical origin components, such as how/why Pan and Hook became adversaries, the story was lacking. Also, an arguably much more popular character, Tinker Bell had only roughly 20 seconds of screen time. 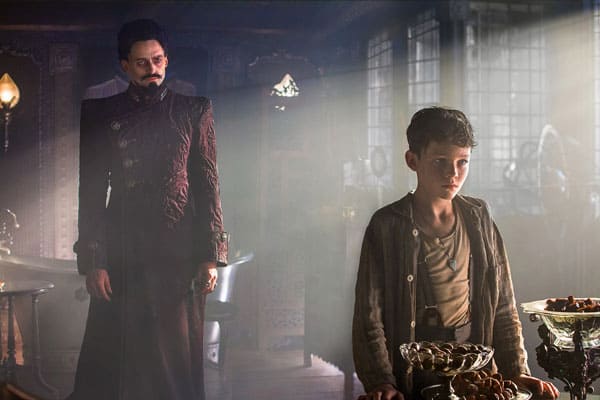 Presumably to keep the film’s rating PG, characters died by exploding into colorful clouds, by falling into an abyss or by being impaled (off screen). I can’t say that this won’t give children nightmares anyway, but I’ll give the filmmakers credit for creativity. Other aspects that the film had going for it were its consistent action sequences and set pieces. The set design, especially the native tribe’s village (albeit very, very reminiscent of Endor), was visually stunning, as was the costume design.

Perhaps to emphasize the point that Peter Pan did not yet know how to fly, there were numerous scenes showing him clinging onto things or falling (and landing with a thud). This became incredibly frustrating as a viewer, and the ultimate “payoff,” where Peter flies, was more or less of a let-down.

Overall, while I would love to recommend Pan, it simply fails as an origin story. You’re better off revisiting Disney’s 1953 version or 1991’s Hook, in which the late-but-great Robin Williams portrays an adult Peter Pan, who returns to Neverland to retrieve his children. While children most likely will not care about the movie’s shortcomings, those seeking a nostalgic trip back to this wonderful, mystical place will probably be disappointed.