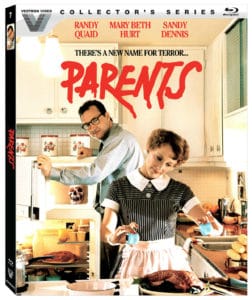 This product was provided for free for the purpose of this review. All thoughts and opinions are our own.

When I was just a kid, probably no older than the protagonist of this film, my parents rented a movie that they thought would be a quirky black comedy called Parents. While it is indeed a black comedy, it leans more into the horror genre, and as a result, this movie scared the bejesus out of me.

Newly released on Blu-ray today as part of the Vestron Video Collector’s Series, the film stars Randy Quaid and Mary Beth Hurt as parents of an introvert boy who believes that they may be moonlighting as cannibals.

Set in an Americana-laden ’50s backdrop, Parents warps the concept of the perfect suburban family by showing it from the perspective of a young impressionable boy who’s struggling to grapple with moving to a new home, dealing with his father’s alcoholism and seeing his parents make love. Imagine John Waters or Todd Solondz directing an episode of Leave it to Beaver, and you may have something close to the tone of Parents.

Directed by the wonderful Bob Balaban, Parents offers a unique horror-comedy experience that, while disliked by critics after its release in 1989, can now certainly be deemed a cult classic, one that I was happy to revisit as an adult.

One thing I didn’t pick up on while watching this as a child was the incredible cinematography by Ernest Day and Robin Vidgeon. There are so many incredibly lit and framed shots in this movie that it surprises me that these are not talked about more. From the Split Diopter shot near the beginning of the film to the fantastic spinning dining room table shot toward the final act, the visuals greatly add to the suburban nightmare that’s unfolding for this poor kid. 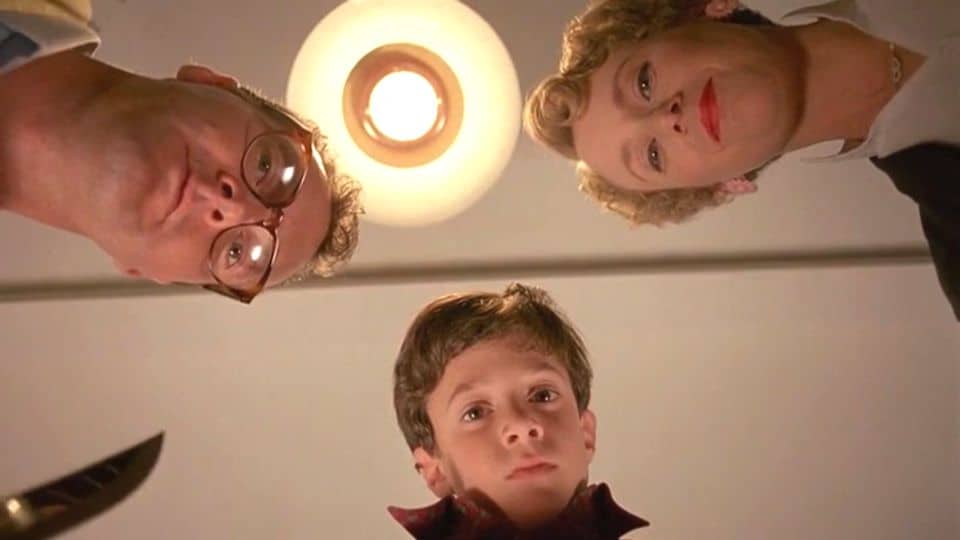 The transfer is not fantastic, but it is far superior than any other home release to date, especially that VHS copy that kept me up for days believing my bed was going to turn into a giant pool of blood. Parents is a criminally underrated cult classic that simply needs to get more recognition than it currently does. Here’s hoping this Vestron Collector’s Series release will help garner a whole new generation that appreciates it as much as I do.