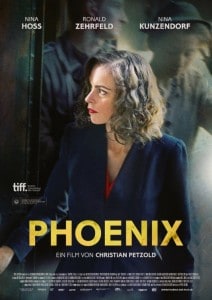 Another Nina Hoss/Christian Petzold collaboration, this time a historical thriller of sorts set in the wake of World War II in the bombed-out shambles of Berlin with identity at the thematic forefront. A film dealing with reconciling with the past and moving forward during a desperate pursuit for the truth but, more importantly, a search for an identity and with it autonomy.

It is easy to see why Petzold regularly employs Nina Hoss in the lead role in many of his films. She is an undeniably gifted actress that continues to provide Petzold’s films with the humanity that they need through nuanced performance after nuanced performance; and, she does exactly that, once again, in Phoenix playing a concentration-camp survivor, disfigured and in need of facial reconstructive surgery, that sets out to find her husband, Johnny (Ronald Zehrfeld), who have signed off on her fate.

Little is provided in the area of backstory for Hoss’s character of Nelly Lenz, outside of the aforementioned details; her experiences within the camps remain largely unknown throughout the film, except for bits and pieces here and there, but one can easily deduce the transgressions inflicted upon her through the subtleties of Hoss’s physical performance. The way in which she walks, a shuffling, undetermined gait preoccupied with apprehension and unease; her tendency to avert her eyes from the gaze of others, former acquaintances and new alike, seemingly fearful of both the past and the future all at once; her speech, shaky and uncertain. Every inch of this character’s soul is carefully constructed and imparted with great dignity by Hoss. 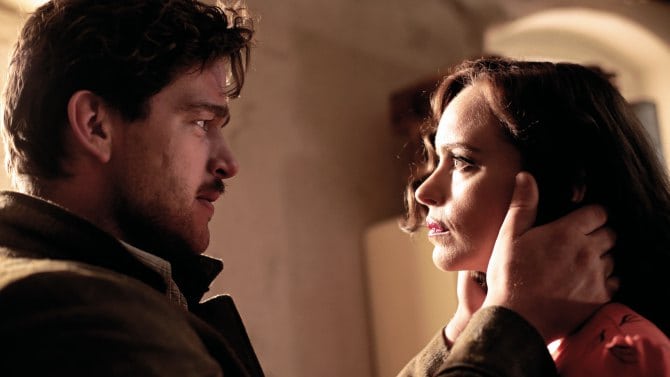 And thankfully so, since much of Phoenix’s narrative maneuvering amount to nothing more than a fairly compelling thriller of the did he or didn’t he variety. A certain amount of disbelief needs to be suspended in order to fully go along with the plot points as Nelly continues to successfully fool (bafflingly so) her husband, even though her voice and her perfectly reproduced handwriting do little to pique any amount of concern on his part.

However, if one is able to move past these improbable developments they will be rewarded with what is, perhaps, the pièce de résistance – the perfectly realized and executed ending; unassuming and simple, yet immensely powerful, delivered wonderfully yet again by Hoss in a critical moment of self-actualization for her character.