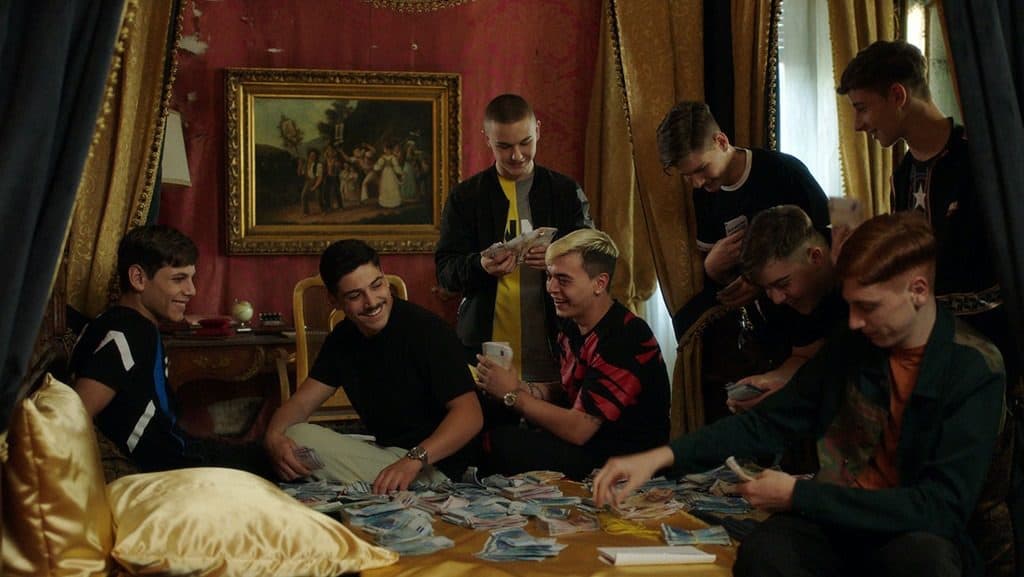 When you think of piranhas, you think of slimy creatures, ones that smile as they bite into you. They’re not the biggest fish, and their bite doesn’t have to be the biggest to cause bleeding. That’s really the premise of this film; sometimes the little guys can feed off you, just as much as the big ones.

Piranhas, based on the novel by Roberto Saviano and directed by Claudio Giovannesi (who also has a writing credit), takes place mostly in the neighborhood of Rione Sanità, Naples, where we encounter Nicola (Francesco Di Napoli) and his gang of friends. They are typical teenagers and spend way too much time in front of the mirror and thinking about girls. Their existence veers away from typical, though, when it’s revealed that their town is run by a crime family that goes around taking protection money from local shop owners like Nicola’s mother (Valentina Vannino), who owns a dry cleaner.

In wanting what all teenagers want — money, possessions, popularity — Nicola and his friends decide to rob a jewelry store. They end up getting caught by the current crime boss of Rione Sanità, Lino Samataro (Aniello Arena) and made to return all the items they stole. Once Nicola tells Lino that he and his friends need money, a job, Lino allows them to sell his weed on a university campus. 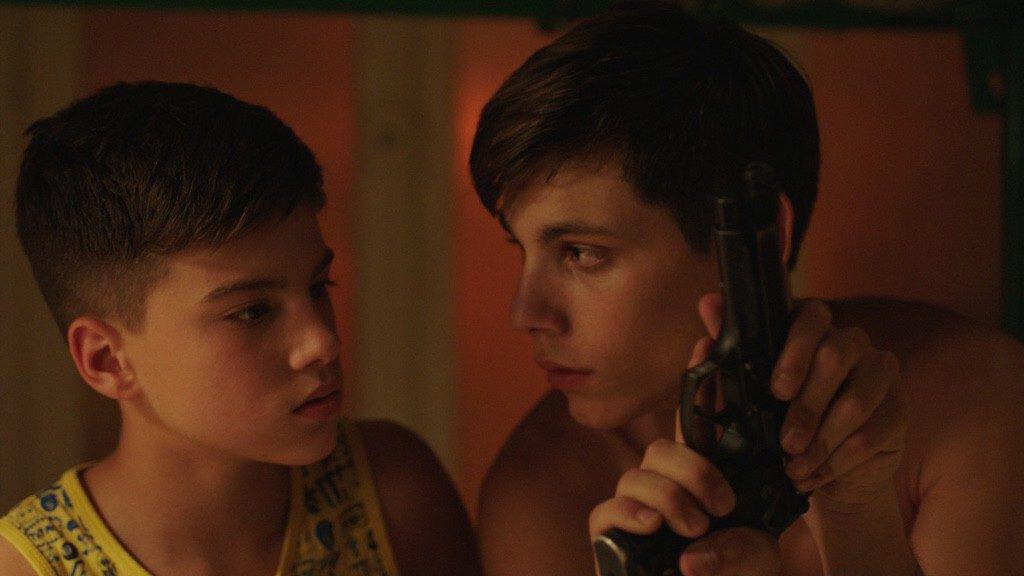 From there, an eventual arrest of Lino leads to Nico teaming up with the nephew of a previous family in power, Agostino (Pasquale Marrotta), in an attempt to push out the current regime. Nicola ultimately tries to balance too much — family, love, adolescence — and eventually, something gives.

Francesco Di Napoli, physically, is perfect for this role. He’s baby faced enough that it’s easy to underestimate him, but the confidence he portrays as Nicola — a combination of a sly smile he reserves for his friends and the woman of his life, Letizia (Viviana Aprea), and an intense, stoic nature, make him the de facto leader and easily adaptable to any situation.

The script around Nicola is a bit cliche, which makes him and the supporting cast feel as such. Nicola goes through predictable firsts, such as a first kill and a first betrayal. There are also many scenes where we see him as a stereotypical leader; he’s the sensibile type, wanting to do “right” because he’s “that guy” in his friend group, the one with the conscience. 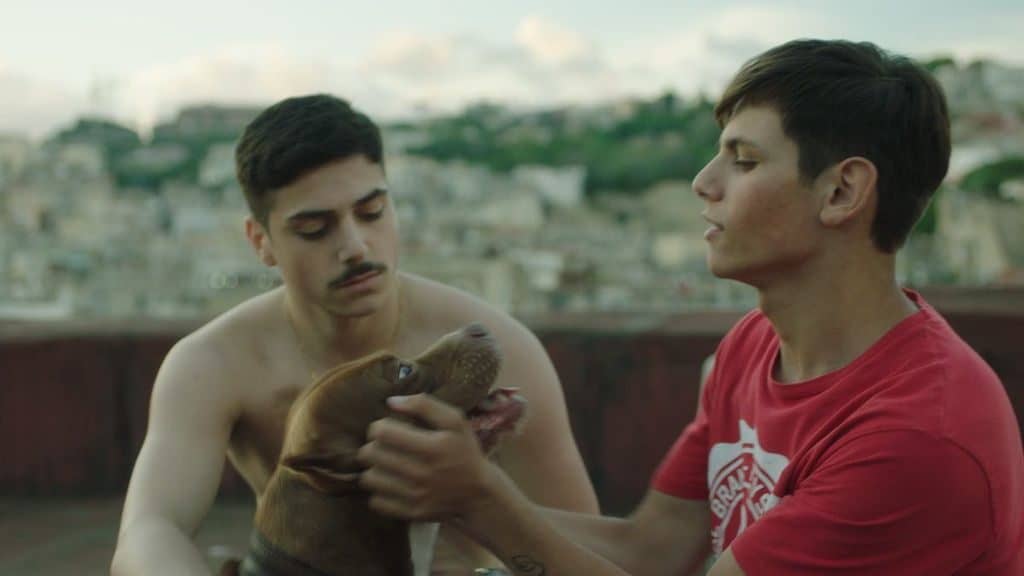 We can’t root for him as a leader unless he’s an inherently “good” one. His friends live in the shadow of his story and for the most part are nondescript. The women too, as women often are in male-fronted movies, are shells, their thoughts and desires never diverging from Nicola; he is the planet, which everyone and everything orbits around.

The script ultimately suffers from not being fully fleshed out. Often, films that trust the audience enough to immediately thrust them into the world, not looking back much to help us along, are the ones that are the most impactful, but the lack of context for the complex makeup of the rival gangs and families in power, makes for less streamlined viewing. 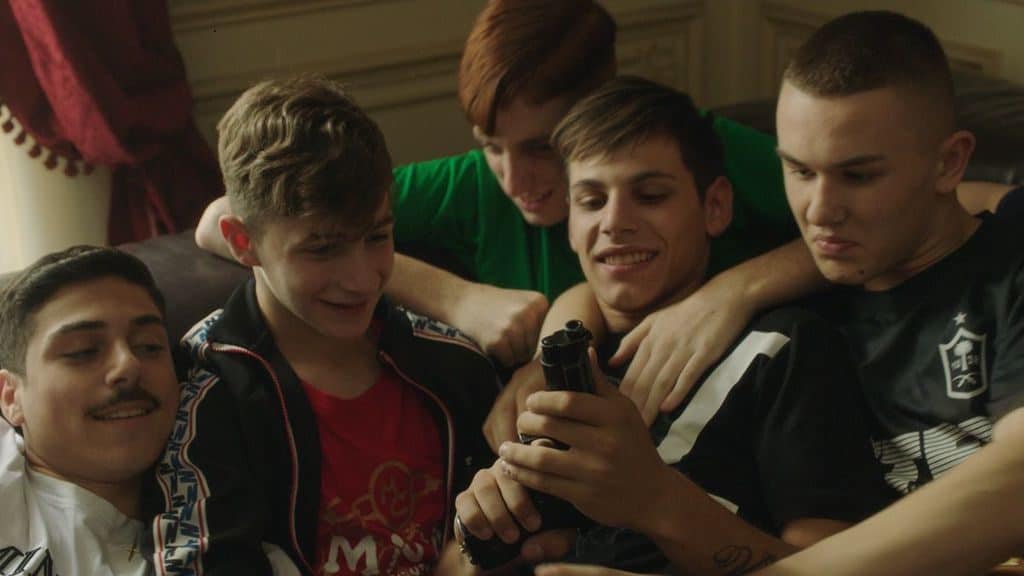 Granted, a reading of the source material may solve that, but in this case, if you’re not familiar with its premise, much slips away. There is also too much time in the beginning spent on the “teenage” part of these boys. Too many trips to clothing stores and clubs, too much time spent with teenage revelry.

Overall, the story is unique, believable even, given the current events of our time, and some risks are taken that have a great payoff; but there should have been more. This story takes a while to become the intriguing tale it should have been from start to finish.