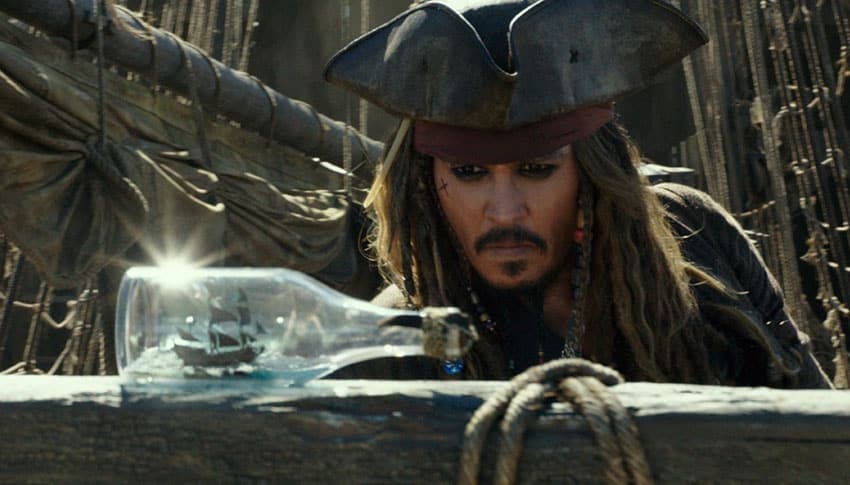 As is customary with recent blockbusters, Pirates of the Caribbean: Dead Men Tell No Tales has gotten its own set of character posters. And for a series built on swashbuckling, everyone looks pretty serious. Even Jack Sparrow (Johnny Depp) has a frown. The rest of the posters feature Captain Salazar (Javier Bardem), Barbossa (Geoffrey Rush), Henry (Brenton Thwaites), and Carina (Kaya Scodelario). Check out all of the posters below.

Directed by Joachim Rønning and Espen Sandberg (Kon Tiki), Pirates of the Caribbean: Dead Men Tell No Tales also stars Orlando Bloom, David Wenham, Keith Richards, and Paul McCartney. It will be in theaters on May 26th.

Thrust into an all-new adventure, a down-on-his-luck Captain Jack Sparrow finds the winds of ill-fortune blowing even more strongly when deadly ghost pirates led by his old nemesis, the terrifying Captain Salazar (Bardem), escape from the Devil’s Triangle, determined to kill every pirate at sea…including him.  Captain Jack’s only hope of survival lies in seeking out the legendary Trident of Poseidon, a powerful artifact that bestows upon its possessor total control over the seas. 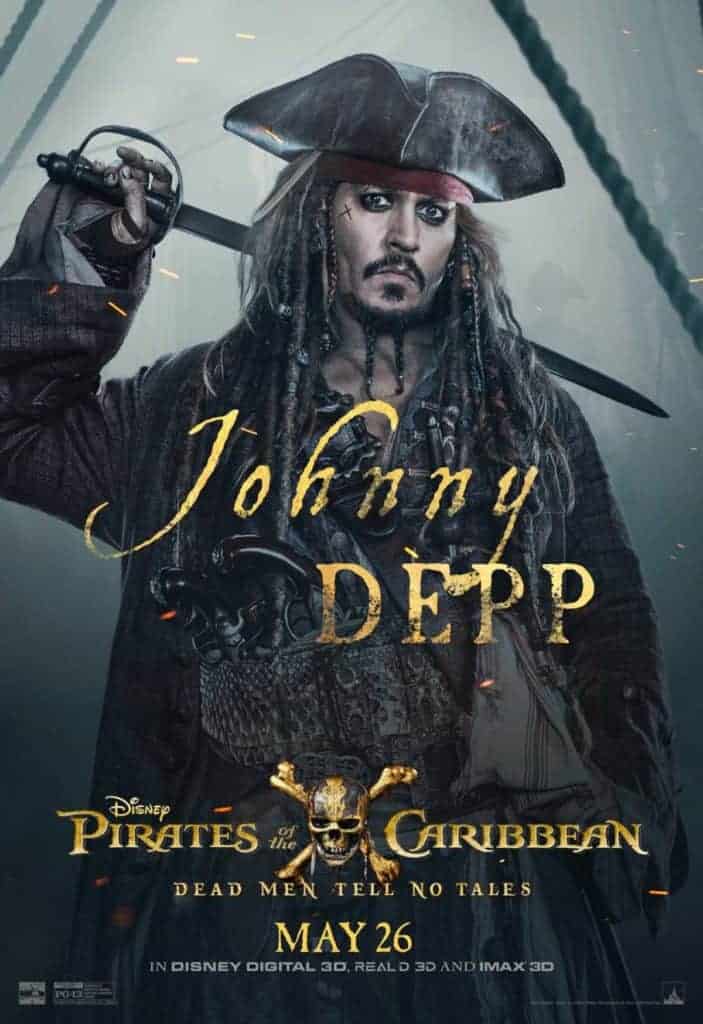 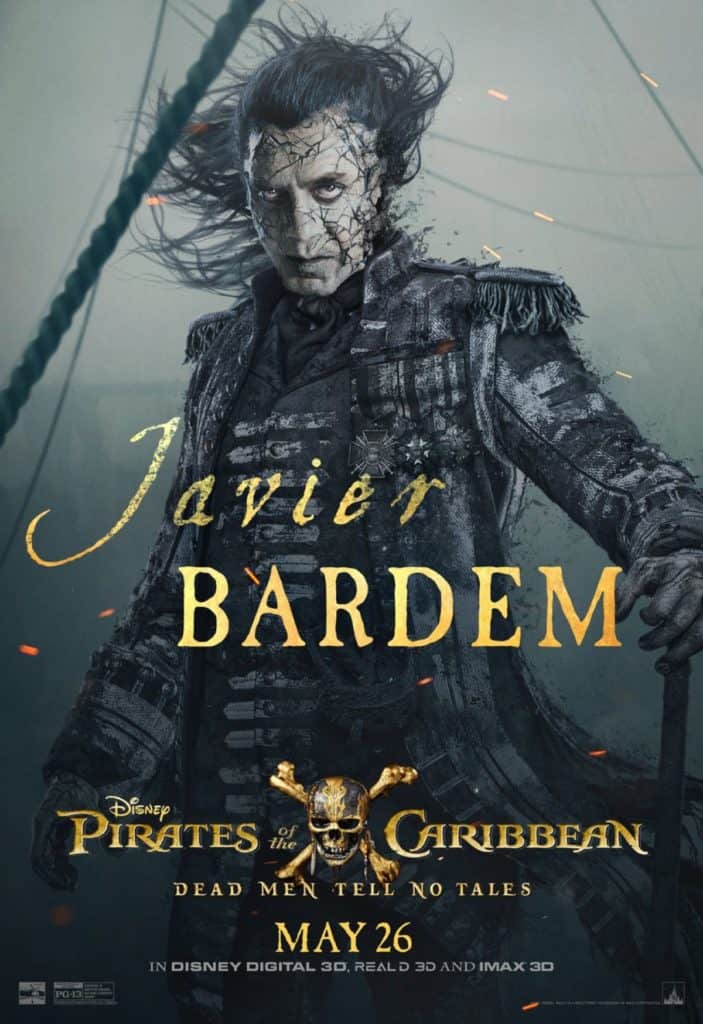 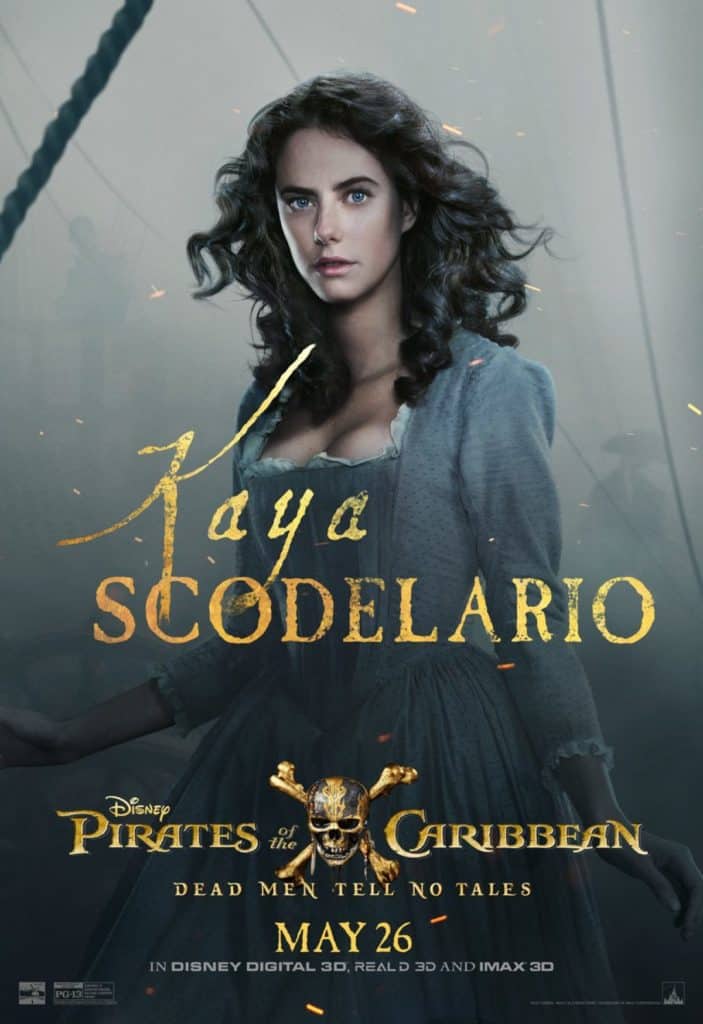 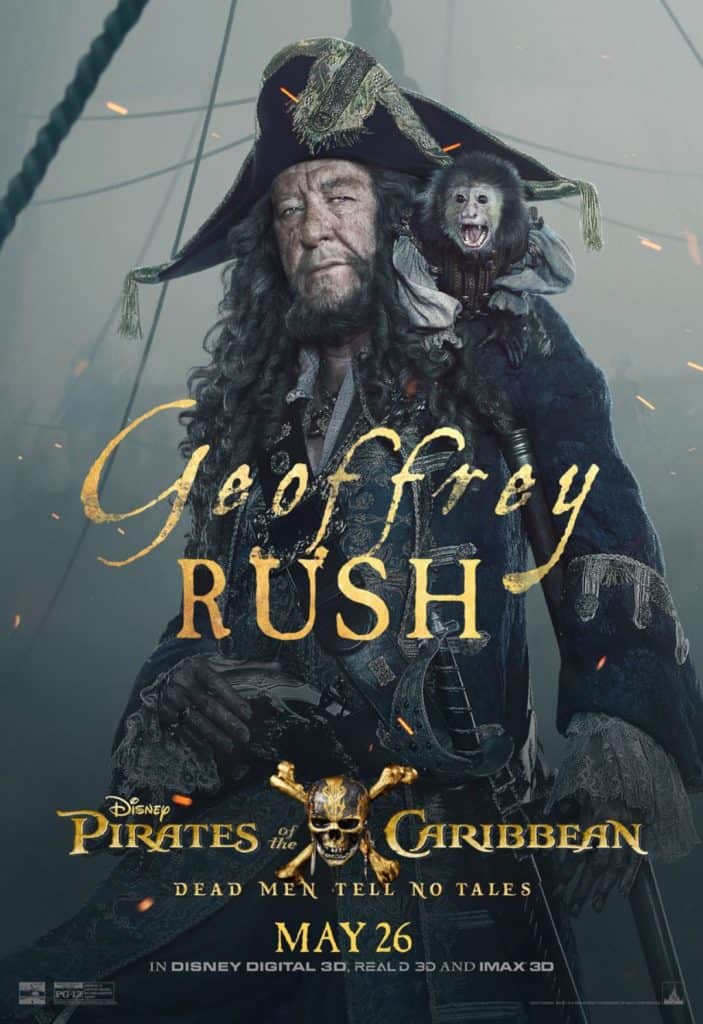 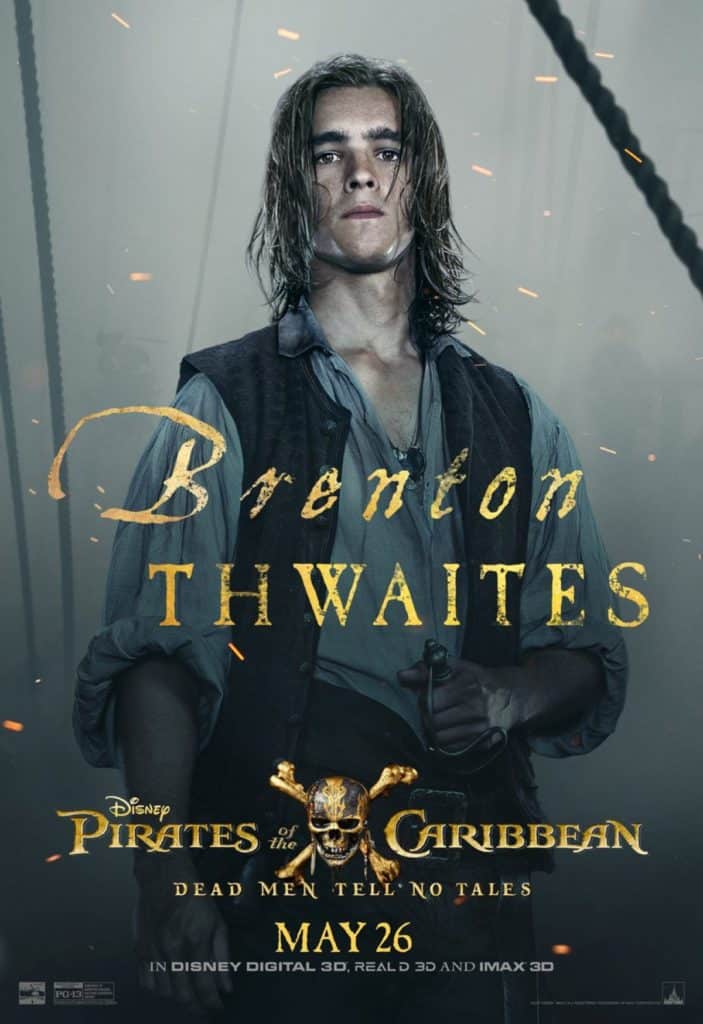