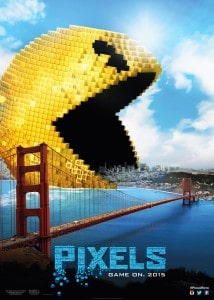 I had fully expected to leave Happy Madison’s latest film, Pixels, disappointed and frustrated with yet another missed opportunity by Adam Sandler and his crew.

But I was surprisingly tickled by this little action-comedy that tells the story of four former child video gamers who have become forty-something adults and must once again tap into their seemingly otherwise-useless expertise of classic video games like Pac-Man, Donkey Kong, Centipede and Galaga to save the world from an alien invasion.

Like many Happy Madison movies with a goofball premise, you can’t expect to witness the next Oscar contender unfolding before you. You must accept the ridiculousness of it before anything else and take it at face value.

Directed by Chris Columbus and starring Adam Sandler, Kevin James and Michelle Monaghan, Pixels does a better job of explaining, animating and executing its “digital” action sequences than I thought it would, although I am sure there are many die-hard gamers out there who felt the filmmakers missed the mark.

Columbus, who also directed the first two Harry Potter films, Home Alone, Home Alone 2 and Mrs. Doubtfire and who was the scriptwriter for cult-classics The Goonies and Gremlins, knows how to tell a funny story and is an expert at tapping into our inner childhood selves. At its core, Pixels is not snobby, mean-spirited or dramatic; it’s just a silly summer popcorn flick that is, well, good-hearted fun. 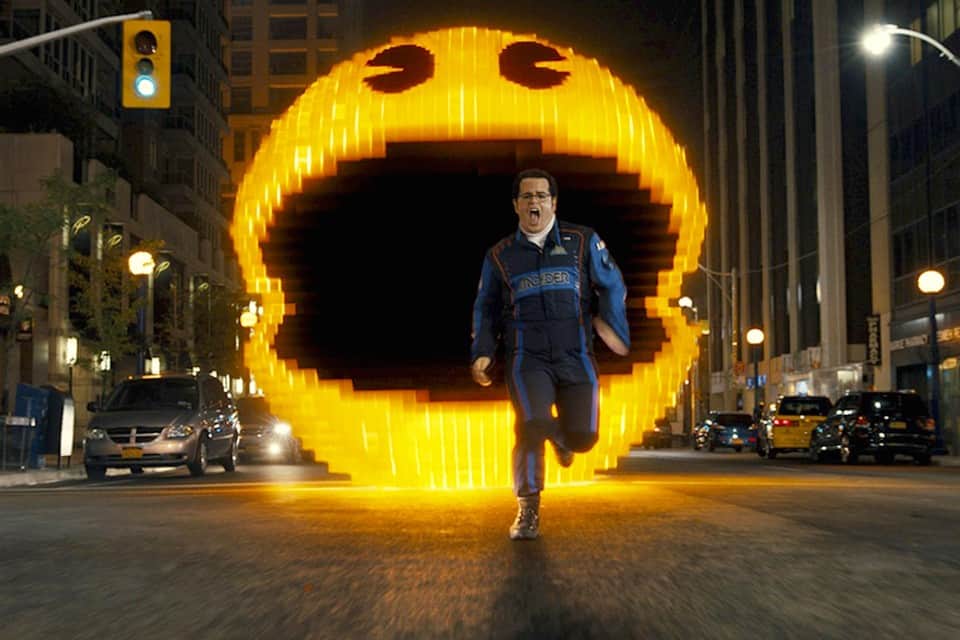 Perhaps it is just because I am already a huge fan of theirs, but Josh Gad and Peter Dinklage totally stole the film playing a crazed conspiracy theorist named Ludlow and an outlandish prison inmate named Eddie, respectively. There are also a ton of guest appearances and cameos by seasoned actors like Brian Cox and Sean Bean and non-actors like Serena Williams, Martha Stewart and even Pac-Man creator Toru Iwatani (though not as you might have been led to believe).

Look, I know full well that there will be criticism of this film for its (well, just pick one) lack of respect or homage to classic arcade games, its pointless plot points, bad acting, simply having Sandler as a cast member at all, etc., etc., but as a moviegoer (not a critic), I really enjoyed this one.

Maybe I am “at the right age;” maybe I don’t know enough about the intricacies of gaming to be angered by the battle sequences; maybe I just had a great theater audience with me that was in a particularly giddy mood. But I am in no way a “Sandler film fan” and really didn’t expect much from this one, but I liked it.

Pixels is goofy, at times charming and actually had a few great underdog bits that you can’t help but cheer for unless your heart is made of stone. If you just want a mindless comedy to watch with friends, this one’s a good pick.