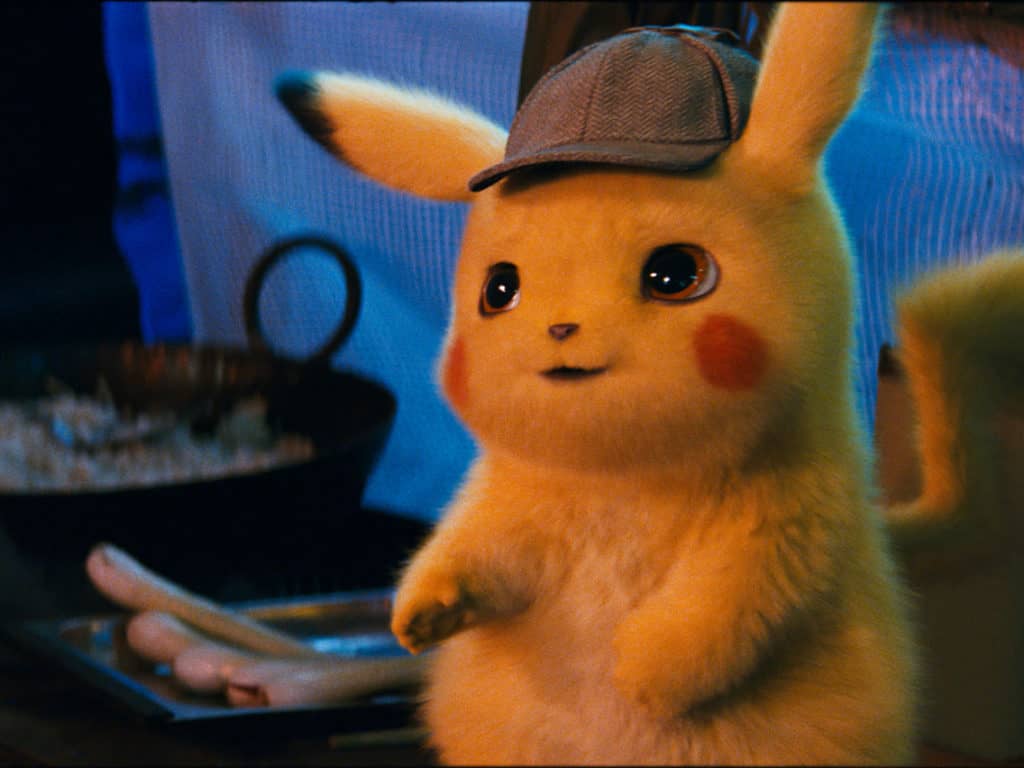 After decades of mediocre-to-bad movie adaptations of popular video game franchises, the curse has finally been lifted with Pokémon Detective Pikachu. Designed for kids but entertaining for adults — especially those who grew up playing the games, collecting the cards and watching the show — the film crafts a lovingly realized world that is filled with adorable pocket monsters.

Based on the Nintendo DS game of the same name, the film stars Justice Smith as Tim Goodman, a small-town insurance adjuster who must head to Ryme City after he is informed that his estranged, detective father, Harry, was killed in a car crash. Past childhood events made Tim wary of Pokemon, keeping them at arm’s length, despite society as a whole embracing the little creatures. This makes the trip to Ryme City difficult for Tim because the entire place is designed as a haven for humans and Pokemon to live among each other in harmony.

Ryme City is a gorgeously designed place. It is filled to the brim with nearly every Pokemon in the now-enormous roster, from such fan favorites as Squirtle and Charizard to the more obscure entries, many of which — having only a casual knowledge of the series — I didn’t recognize. The realistic look of the creatures originally gave me pause when the first trailer was revealed, but in practice, the excellent CG work fits perfectly in the neo-noir story.

While searching through his father’s apartment, Tim finds he’s not alone. As it turns out, a hat-wearing master detective, Pikachu, is searching for clues in the same apartment. The two team up and uncover a bigger mystery than either could have ever imagined. While the mystery elements are prominent in the first half, they take a back seat to big action set pieces later on, most of which work well, but the Roger Rabbit-esque detective work makes for the film’s best moments.

The plot is laid out in such a way that children can follow along, with numerous rehashes, exposition dumps and an overabundance of calling out every Pokemon by name, The human characters are fully realized, and the Pokemon — though one dimensional — are memorable and entertaining, such as the case of Psyduck, who is, incidentally, the best character in the movie. The movie is frequently predictable and easy to map out how everything will end up, but that doesn’t detract from the journey getting there.

Ryan Reynolds voices Pikachu, who Tim (and only Tim) can understand, which facilitates their investigation, as Pikachu can communicate with other Pokemon and Tim can translate human speech. It’s a bit jarring at first, hearing the voice of DeadPool come out of the cute, fuzzy, little mouth of Pikachu, but his one-liners and quips end up making his casting a surprisingly fitting choice.

With plenty of fan service, Detective Pikachu is a fun romp that will no doubt appeal to both kids who are just discovering Pokemon now with the more recent games and older folks like me who remember trying to “catch ’ em all” (though I never did) on the original Gameboy game.