Dark Sky Films has released the trailer for the upcoming horror film Darlin’, directed by Pollyanna McIntosh. A sequel to Lucky McKee‘s 2011 film The Woman, the film involves a feral teenager played by Lauryn Canny who is sent to a Catholic care home after being found outside a hospital. The film also stars McIntosh reprising her role as “The Woman” alongside Bryan Batt, Nora-Jane Noone, and Cooper Andrews.

Darlin’ opens in theaters and on VOD platforms July 12th.

Found at a Catholic hospital filthy and ferocious, feral teenager Darlin’ (Lauryn Canny) is whisked off to a care home run by The Bishop (Bryan Batt, AMC’s Mad Men) and his obedient nuns where she is to be tamed into a “good girl.” However, Darlin’ holds a secret darker than the “sins” she is threatened with, and she is not traveling alone. The Woman (Pollyanna McIntosh, The Walking Dead), equally fierce and feral, who raised her is ever present and is determined to come for her no matter who tries to step in her way. 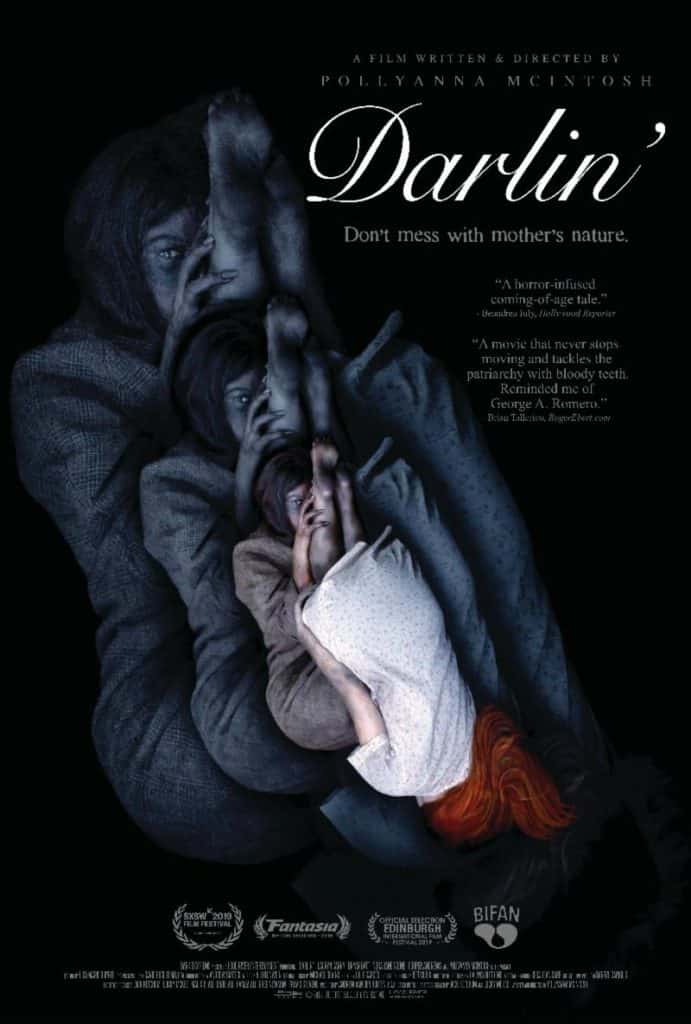