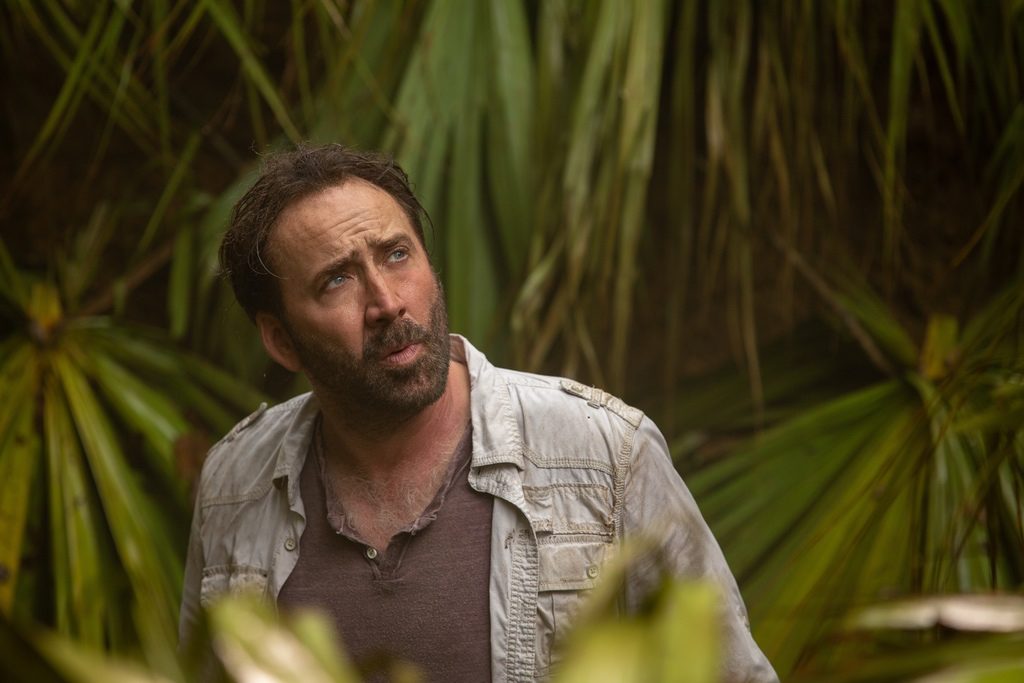 Primal, directed by Nick Powell, begins in Brazil, where we meet Frank Walsh (Nicolas Cage), who works to gather animals to sell to zoos. He’s just endured an intense altercation with a white jaguar and is ready to take it and his other finds out of the country. Upon arriving at the boat that will be transporting his animals, a slew of government types are taking a handcuffed man named Richard Loffler (Kevin Durand) onboard.

The ship is going to be making an additional stop, as Loffler is a prisoner who needs to be turned over to the government, accused of being an assassin for a terrorist group. While on the boat, we find out Loffler has a condition, one which Dr. Ellen Taylor (Famke Janssen) monitors, where he has seizures; it’s during one of those where he kills the guards in charge of him and escapes.

Afterward, animals start appearing on the ship. Turns out Loffler released them. Now the ship not only has a trained killer, but also a bunch of dangerous animals on the loose. 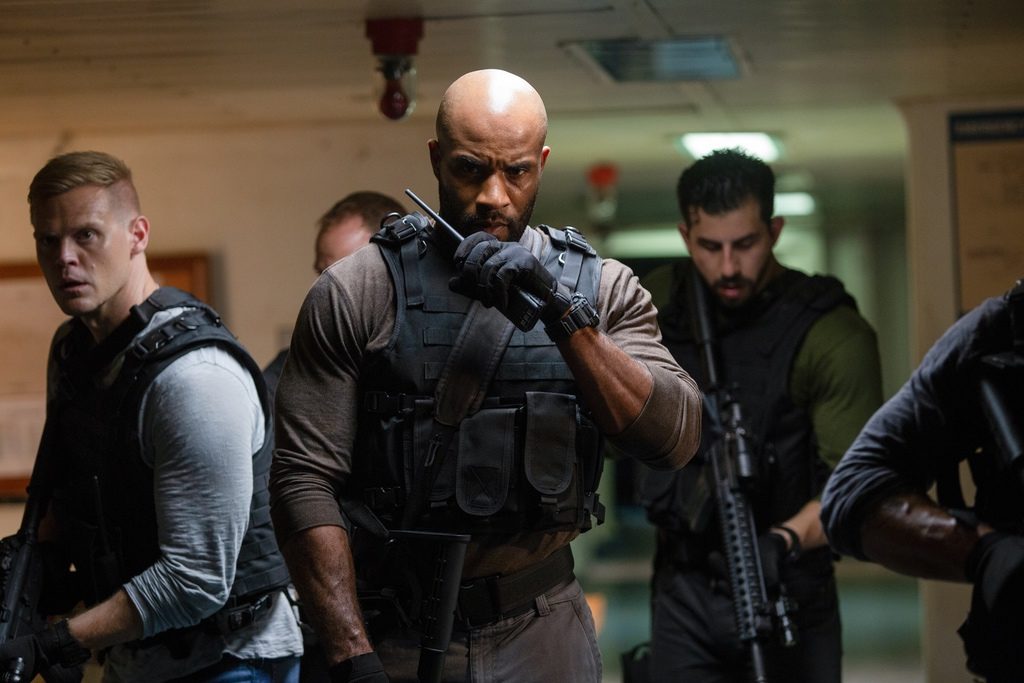 Though the plot is far fetched, the film doesn’t  go as far as it could. I expected more animal mishaps and attacks. After a while, the animals feel almost convenient, appearing in scenes when more suspense is needed. But this is to be expected with a film which is trying to do too much, and often looks like two films thinly cobbled together, one a political thriller and the other like “When Animals Attack,” both of which happen to take place on a boat.

Because of Durand, I find myself more invested in the political side. His permanent smirk and dishonest, skeezy vibe, make him intriguing. You want to watch more to get to the root of him. Unfortunately, Cage plays the type of character we’ve come to expect from him and remains fairly one note throughout.

In my opinion, Nicolas Cage is best summed up in a quote by the character of Shirley (Yvette Nicole Brown) in an episode of Community: “I don’t know — if I was in 70 films over 30 years, and spent each one talking at random volumes, I might accidentally win an Oscar.” 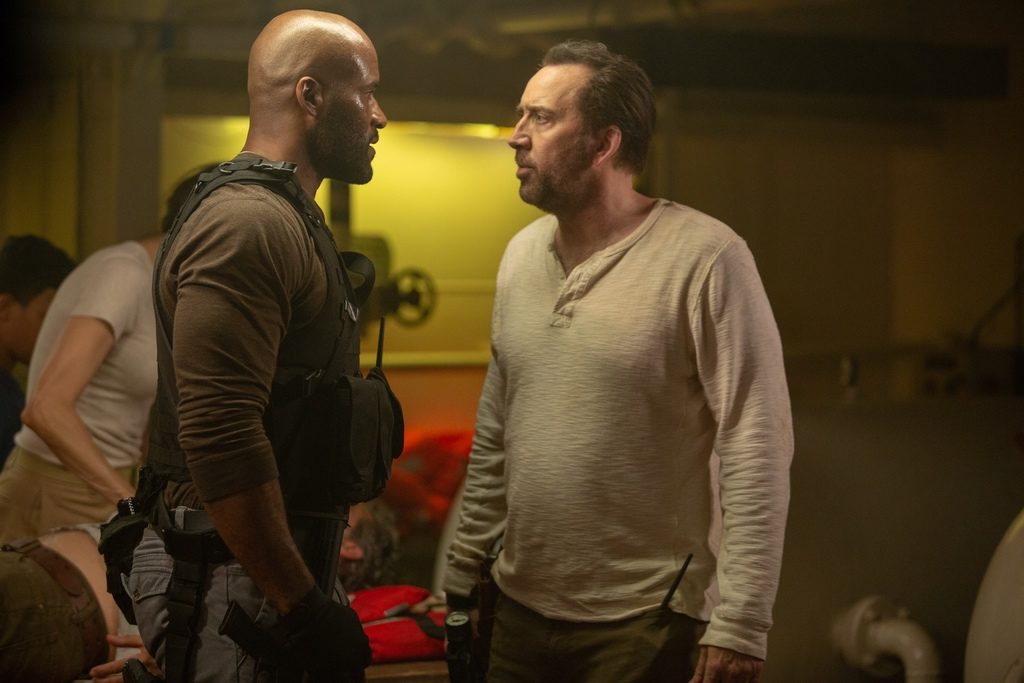 Granted, I haven’t seen some of his best, such as Leaving Las Vegas or Face/Off, and am also not completely against him,  as I’ve loved him in such films such as Moonstruck, Kick-Ass, and Spider-Man: Into the Spider-Verse. Given that he’s played the same types of roles over the years — most of which are loud, aggressive, arrogant characters — I haven’t really figured him out or what he offers that’s better or different than other actors. His films simply aren’t at the top of my list when I go to the movies. Despite that, I’m intrigued by him, and wanted to see Primal, in part, for him, but primarily to see a ridiculous plot play out.

The script is weak, and the same can be said of its characters. There’s also a recurring theme between Taylor and Walsh, where she keeps questioning his character. She is pointing out his bad traits but also seemingly trying to determine if he’s redeemable — almost  to say, ‘yeah, this guy seems like he’s not great, but maybe there’s more.’ 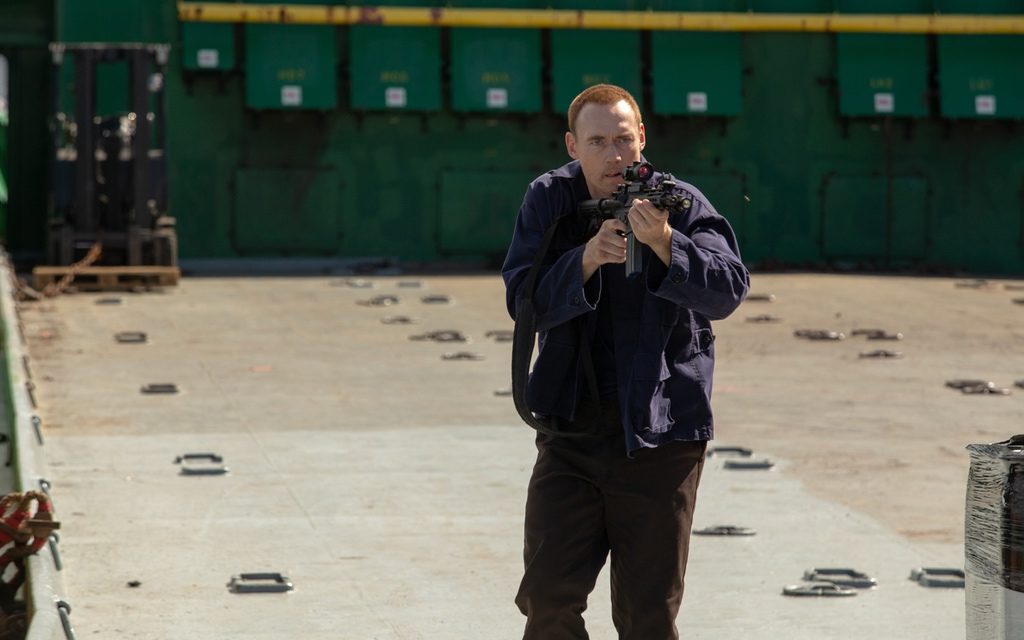 Female characters in films are often charged with saving unlikable men, which they shouldn’t have to. Janssen is the only major female character in this film, and even though she is supposed to be looking after Loffler’s condition, her professional role seems to be very unimportant. The script doesn’t allow her to be anything other than Cage’s sparring partner and possible love interest. And she’s likely also there for the other obvious reason: to make it less of a boys’ club.

Primal offers a great Nicolas Cage one-liner; when Deputy Marshal John Ringer (LaMonica Garrett) threatens to kill Walsh’s jaguar, which is running around free, Cage says, “You kill my cat…I’ll blow your head off,” but it’s an otherwise predictable film with not much to offer. If you’re a Nicolas Cage fan looking for a nonsensical, funny film, this one will certainly do the trick.