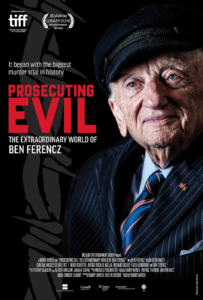 Some lives can be just so inarguably inspiring, worth retelling and preserving for audiences, that they just inexplicably lend themselves to the role of the persona grata of a documentary. One can only imagine the thrill that director Barry Avrich, who is probably best known for his filmed stage productions of Shakespeare plays, received when he met famed international criminal lawyer Ben Ferencz, who signed off on being his subject and laying himself bare before his camera.

Avrich had most of the work of translating his figure’s importance practically done for him, as Ferencz was one of the chief prosecutors for The United States Army for the Einsatzgruppen Trial at Nuremberg and an instrumental figure in establishing the International Criminal Court in 2002. Meeting him as he is encroaching on his centennial, the laudatory Prosecuting Evil has Ferencz recount his life story, from being the child of Hungarian immigrants to that fateful day at the unprecedented age of 27 when he stood in front of 22 of the deadliest Schutzstaffel personnel in his very first case as a lawyer.

His humbleness in his advanced age is on full display. The straight-talking, sincere Ferencz portrays a feeling of being perennially out of his depths throughout one of the most significant chapters of his life.

Along with the staggering performance at Nuremberg, in his overly plain manner of outlining his personal history, he brushes off his experiences as a lower-class scholar at the most prestigious law school in the United States and his varied capacities of service in the U.S. Army as confounding experiences first and foremost. If it weren’t for the assembled talking heads of notable figures in law (among them Alan Dershowitz, Richard Dicker and Rosalie Abella) heaping praise on him for his courage and practice, Ferencz and his impassioned but hushed spirit would betray his own importance.

While not exhaustive, the film is unquestionably informative in relaying the life and times of Ferencz for a new generation, which is now, sadly, finding the word nazi becoming a part of their day-to-day parlance. The appeal of a figure like him, who was all but possessed by his simple, uncompromising pursuit of justice and equality well after Nuremberg, is plain to see. 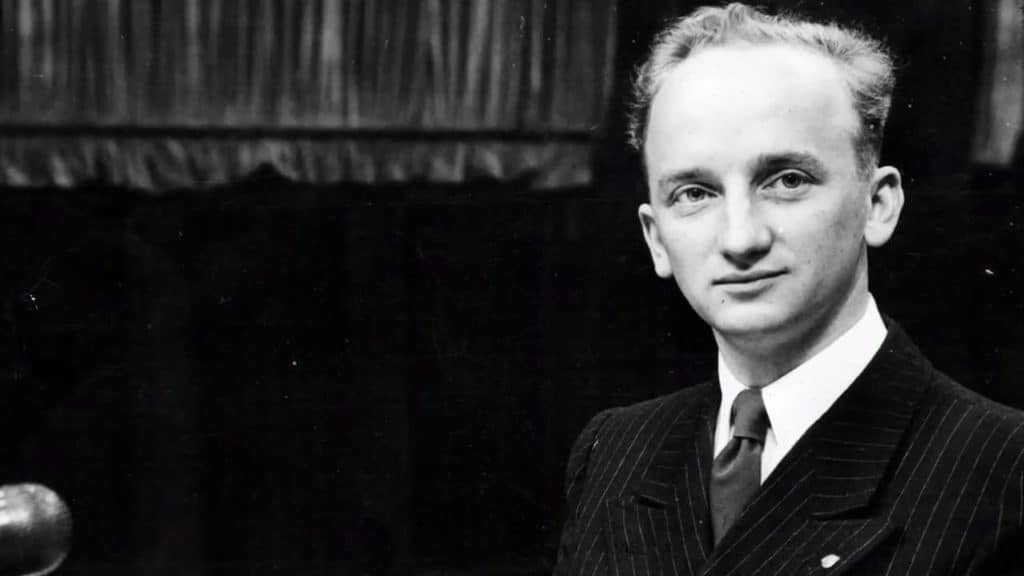 Who could see the absolute worst of what humanity is capable of in the name of war and still process a fair trial and believe in a vision of progressively moving forward toward a better world? He is definitely the type of person who deserves a documentary…but it is a slight shame that it has to be this one.

While certainly not disparaging to Ferencz, Avrich, as director, opts for a stale presentation that really does not relay the “extraordinary” part of his rather generic title. Much like Ferencz himself, Avrich strikes me as a rather direct person through his homely sense of direction. Cross-cutting, single-light and camera interviews with archive and stock footage makes for a bland experience only invigorated by a viewer’s own investment in wanting to explore more about Ferencz, which I’m hesitant to credit Avrich for because so much of that appeal emanates naturally from Ferencz himself.

The only detectable stylistic intervention on Avrich’s part is a scene wherein a clearly struggling Ferencz is recalling the horrible acts that the Einsatzgruppen would commit, and Avrich cuts in footage of these acts in all their detail. While, undoubtedly, an identifiable choice was made there, the optics of that choice don’t bolster Avrich’s inventiveness as a director so much as his insensitivity as a human being. Regardless, the rest of the film felt planned, as if going off of a strict flowchart, which would make sense given how many biographical documentaries Avrich has listed under his filmography.

Of course some of this detracts from the main goal of the film, which is to introduce Ben Ferencz to an audience, and in that regard, Prosecuting Evil is a mild success. Perhaps lacking any detectable staying power isn’t a detrimental flaw when the ticket was bought to learn more about Ferencz’ life, career and ongoing commitment to justice by law.