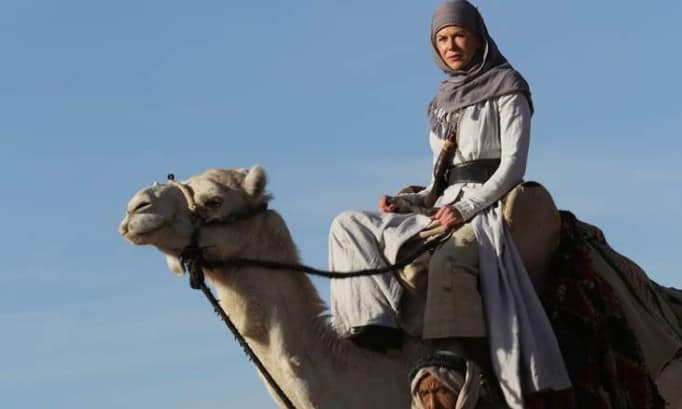 An official U.S. poster has been unveiled for Werner Herzog‘s Queen of the Desert, starring Nicole Kidman as Gertrude Bell, the famed British Journalist and adventurer. The film debuted at the Berlin Film Festival in 2015 and is finally getting a U.S. release next month courtesy of IFC Films. You can watch the recently released trailer here.

Also starring James Franco and Robert Pattinson, Queen of the Desert will be in theaters on April 7th and on VOD platforms April 14th.

Nicole Kidman and director Werner Herzog bring to life the extraordinary true story of a trailblazing woman who found freedom in the faraway world of the Middle East. Gertrude Bell (Kidman) chafes against the stifling rigidity of life in turn-of-the-century England, leaving it behind for a chance to travel to Tehran. So begins her lifelong adventure across the Arab world, a journey marked by danger, a passionate affair with a British officer (James Franco), and an encounter with the legendary T.E. Lawrence (Robert Pattinson). Stunningly shot on location in Morocco and Jordan, Queen of the Desert reveals how an ahead-of-her-time woman shaped the course of history. 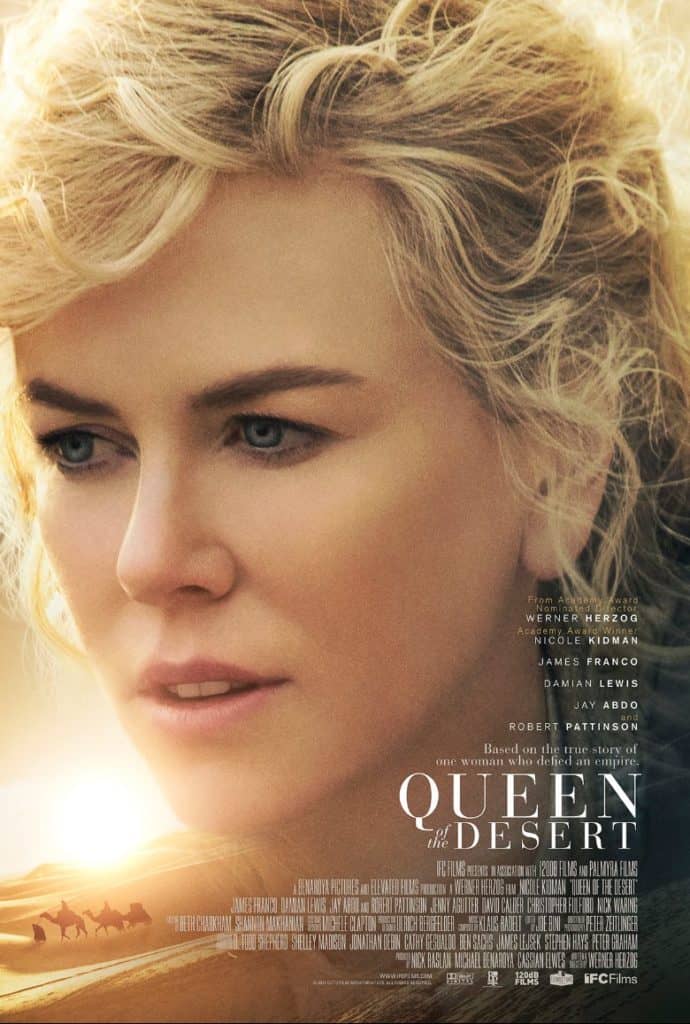