Oscilloscope has released a new trailer and poster for Rainer Sarnet‘s dark fantasy film November, which premiered at the 2017 Tribeca Film Festival. This black and white fairy tale looks visually gorgeous and delightfully weird, so naturally I’m completely on board.

Oscilloscope will be releasing November in New York February 23rd.

In this tale of love and survival in 19th century Estonia, peasant girl Liina longs for village boy Hans, but Hans is inexplicably infatuated by the visiting German baroness that possesses all that he longs for. For Liina, winning Hans’ requited love proves incredibly complicated in this dark, harsh landscape where spirits, werewolves, plagues, and the devil himself converge, where thievery is rampant, and where souls are highly regarded, but come quite cheap. 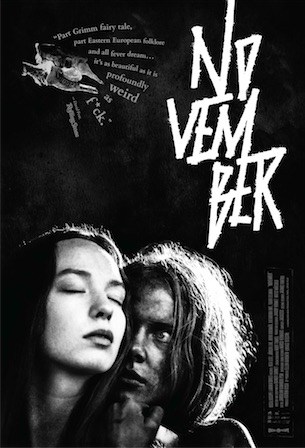