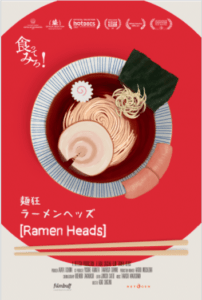 Ramen, as Koki Shigeno’s food-porn documentary Ramen Heads would have you believe, is a dish of oxymoronic properties. While a noodle soup invented out of convenience for the consumer and chef-heralded for its frugal ingredients and simplistic preparation, the upper echelons of ramen cookery have transfigured the humble meal into an art form to be appreciated as much as ingested.

Nipping at the heels of David Gelb’s similar Jiro Dreams of Sushi, which argued on the transcendental mastery of sushi chef Sukiyabashi Jiro, Shigeno profiles Japan’s current “King of Ramen” in Osamu Tomita, whose own dedication to turn ramen into something more than a food has propelled his shop to accolades upon accolades.

Unlike the protective nature that star chefs have cultivated, Tomita is fully cooperative with his sudden audience and is forthcoming with his intricate process of making his noodles for the lucky handful of customers able to secure a seat in his eternally busy establishment. As subjects for docuprofiles go, he proves fascinating if uncomplicated as his waxing on the poetics and philosophies of ramen boil down to his single-minded love of the food.

Shigeno profiles the chef as a man of dedication and facility whose techniques stem as much from tradition and training as feeling. Captured in delicate slow-motion, eye-widening, mouth watering close-ups, we become witnesses to his methods of broth simmering and mixing, ingredient prepping, noodle cooking, and the all-important broth boil displayed in surprising detail for such a highly-regarded and respected master chef. 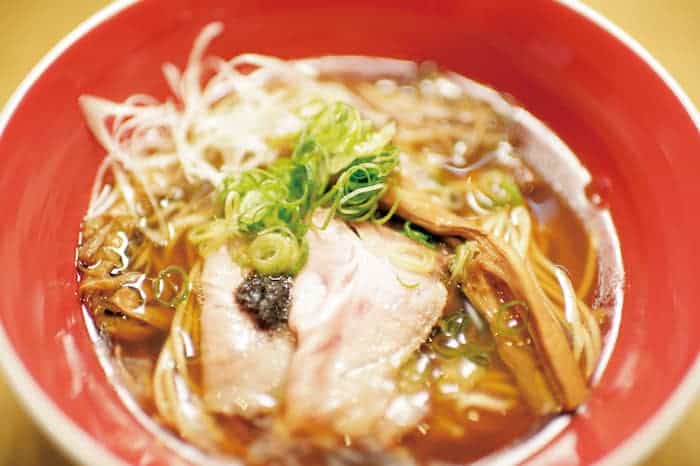 Shigeno’s access and intimacy with his subject is apparent with Tomita coming across confident and personable to his spectators, even as he obsessively overflows his broth mixture with every animal under the sun and brutally scolds his apprentice for being even slightly off tempo on the kitchen. The impression is of an accessible genius without eccentricities or gate-keeping tendencies whose dedication to his craft comes from his genuine enthusiasm for serving his customers.

The narration written and presented by the director is, by contrast, overflowing with flowery, pretentious language, extolling the hidden virtues of the simple meal. The writing ranges from the charming to the grandiloquent, such as when, for example, Shigeno compares a salty aftertaste in a type of ramen dish as “a touch of melancholy on his ramen epic drama.” 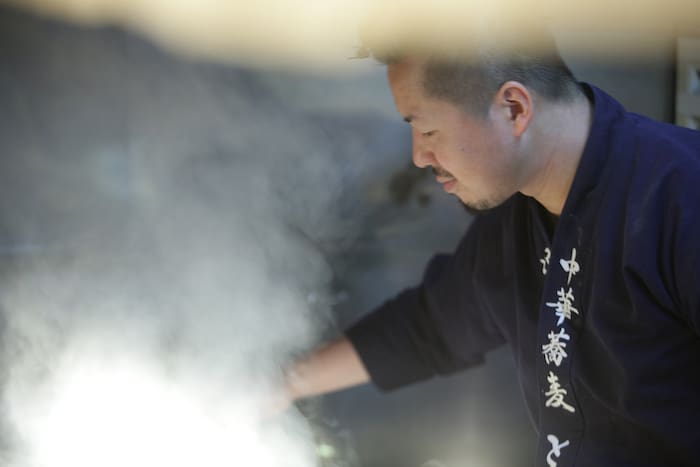 Even when his main subject remains lucid in all his feelings for ramen, Shigeno grafts artificial mystery to the food stuff to make his film seem more poetic than what he shows. The conceit of his film is when he attempts to fit it into the mold set by the likes of Jiro, where the virtues of its highlighted dish are philosophized over and academically scrutinized for all their ornate worth. Ramen as a lesser, more common food makes Shigeno’s attempts to give it a similar poignancy seem tacked-on.

Equally tacked-on is the lip service the film pays to other ramen chefs operating in Japan, and this is where the film settles into a midpoint slump once it diverts its attentions away from Tomita momentarily. Like a Michelin travel guide, Shigeno visits a handful of other chefs to witness what signature dish has established them as a ramen stand, asks what their philosophy of ramen pans out to be, and just as quickly runs out of their restaurants to find a new subject to interrogate. 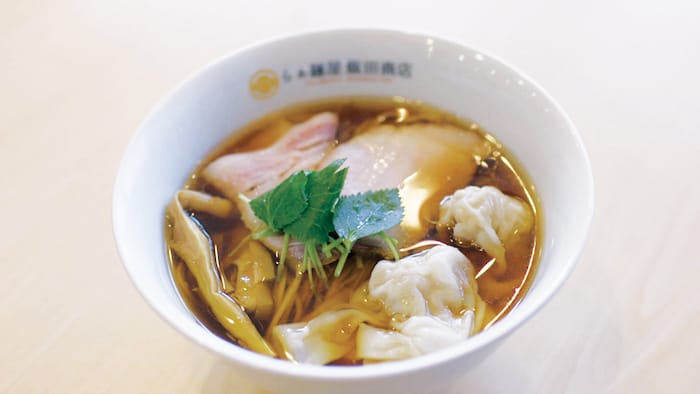 These interviews unfortunately lack deft and provide little to our understanding of Tomita, although what they offer is little else than needless variety and diversion. Knowing ramen contemporary Touka is much more selective with his seafood-heavy salt broth and believes in the purity of ingredients or how one ramen master, Ichifuku, believes her miso ramen to be a logical extension of miso soup is interesting but of little consequence because the film spends such insignificant time on this section.

Ditto for the poorly animated rundown of ramen’s history, which, while informative, has this cut-out cartoon aesthetic that clashes uncomfortably with the heavily pragmatic approach the film took previously in capturing ramen cooking in a self-serious way. This extended sense of divergence that plagues the latter-half point to Ramen Heads, messily filling its runtime with extraneous padding. 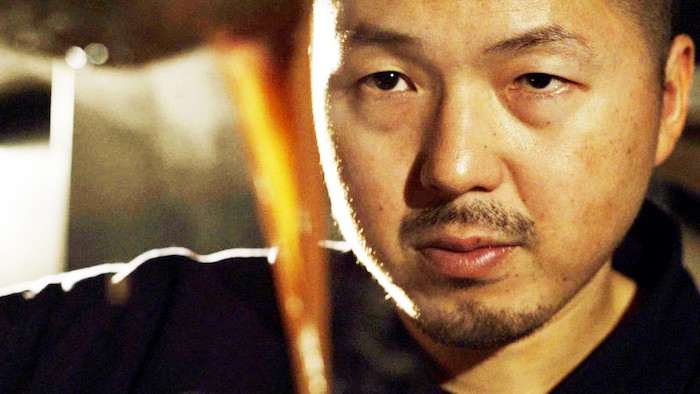 When the third act finally reassembles itself and refocuses on Tomita to witness his preparation for his establishment’s 10th anniversary, the doc flocks into a clear purpose too little too late. Along with fellow decorated ramen masters Shota Iida and Yuki Onishi, they embark on a culinary experiment to create the most decadent and expensive bowl of ramen for the occasion, and in this 30-minute, self-contained segment, the themes of the previous hour become condensed and much more palatable. The clashing of the chefs’ styles and their newfound need to compromise with one another on the face of new ingredients fascinates much further than the film itself ever approaches.

Ramen Heads comes apart, not because of its failings as much as its unintentional reiteration that it could have worked better as a short film. The content shows promise, but the lack of focus in its assemblage makes the film an uneven and dragging watch.