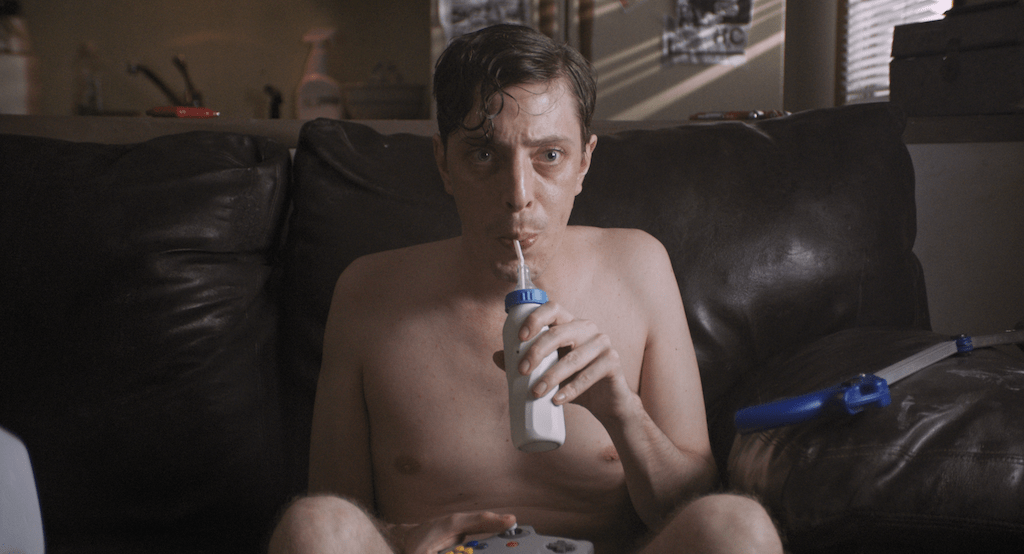 Director Joel Potrykus always seemed to have a penchant for foul man-children, but his latest, Relaxer, is his magnum opus of slackerdom. Sporadically funny, yet supremely stomach churning, this surreal tale of a loser attempting to hit the infamous kill screen on Pac-Man before Y2K is as divisive as it is gross.

Joshua Burge, in his fourth collaboration with Potrykus, plays Abbie, a whiney layabout who lives on his brother Cam’s (David Dastmalchian) couch, performing challenges in a futile attempt to earn his respect. Cam’s constant bullying and goading make Abbie foolishly accept anything Cam asks, including a failed attempt at The Milk Challenge early in the film, a sequence that results in a thoroughly disgusting outcome.

As Cam prepares to leave the apartment for an indeterminable amount of time, he tasks Abbie with one final challenge after reading an issue of Nintendo Power, featuring the now infamously disgraced Billy Mitchell. Abbie must beat the notorious Level 256 of Pac-Man before he’s allowed to get up from the couch. He has until New Year’s Day, roughly four months away, to finish it.

Entirely contained within the cramped, dank, wet-looking living room of a small, derelict apartment, much like Abbie himself, the film keeps the camera within close proximity of the couch, never straying too far from its vomit-soaked brown leather cushions. 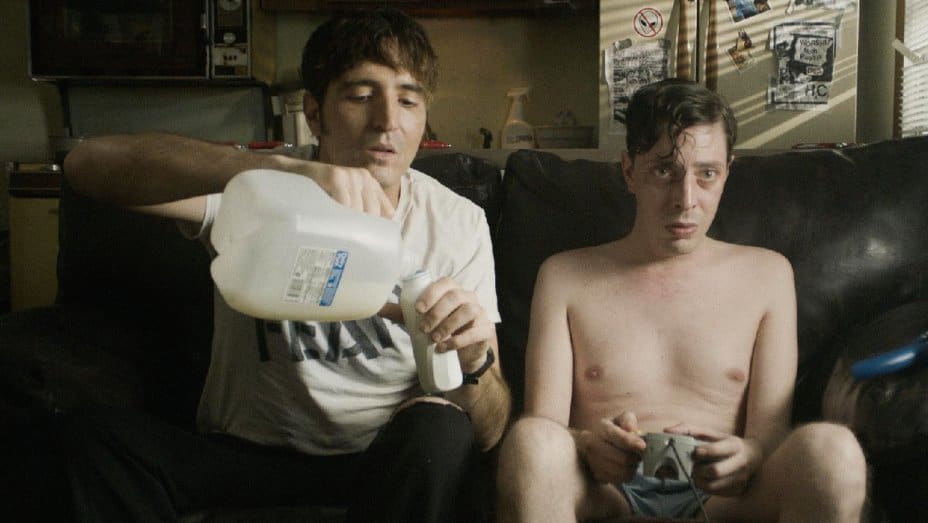 As Abbie toils away on his N64 (he must have been playing the Namco Museum version of Pac-Man), he quickly realizes he has no source of water or sustenance. After a failed attempt at getting Chuck E. Cheese’s delivered to him, he calls up a friend, Dallas (Andre Hyland), to help him out.

Aside from providing some of the film’s best lines, including a wonderful breakdown of Jerry Maguire, Dallas is not much help to Abbie, leaving him only with a few measly drops of Faygo Cherry Cola to quench his thirst.

Those familiar with Potrykus’ previous films, Ape, Buzzard and, most recently, The Alchemist Cookbook, will find themselves in good company here. Video games, pointless challenges, gross food-eating, oddball leads who have distinct disconnections with society, it’s all present in Relaxer but in a much more overstated way. With something like Buzzard, these elements are by-products of the narrative, but in Relaxer these elements are the narrative. It’s as if he got a lot of positive feedback about the Bugles treadmill scene in Buzzard and decided to just expand that into its own movie. 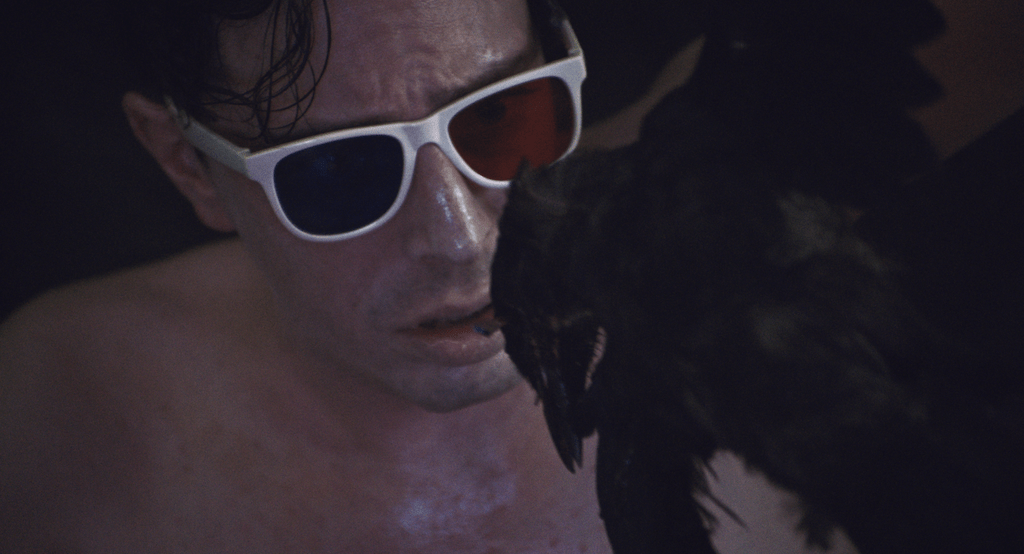 That’s not to say Relaxer is completely devoid of substance; in fact I found myself eagerly watching to see what fresh hell was in store for Abbie next, constantly asking myself why he doesn’t just get up off the damn couch and take a shower. And that’s sort of the point of the film.

He foolishly believes he’s going to beat this unbeatable level in Pac-Man and win $100,000 so he can travel to California and visit his father in prison. He’s dedicated to a fault, and despite the malnutrition and bodily harm he’s causing himself, he remains on the couch just on the off-chance his brother comes home and figures out he got up from it.

Things take a turn for the surreal in the latter moments of the film, and while fun, the payoff at the end felt surprisingly anticlimactic considering what happens. Perhaps by that point I was feeling the malaise of watching Abbie slowly self-destruct and was relieved when something finally happens, only to have the film end several minutes later.

Fans of Potrykus’ mixture of oddball characters, endlessly quotable dialogue and cringeworthy gross-out moments will find a lot to like about Relaxer, but it delivers little the director hasn’t already done better previously.