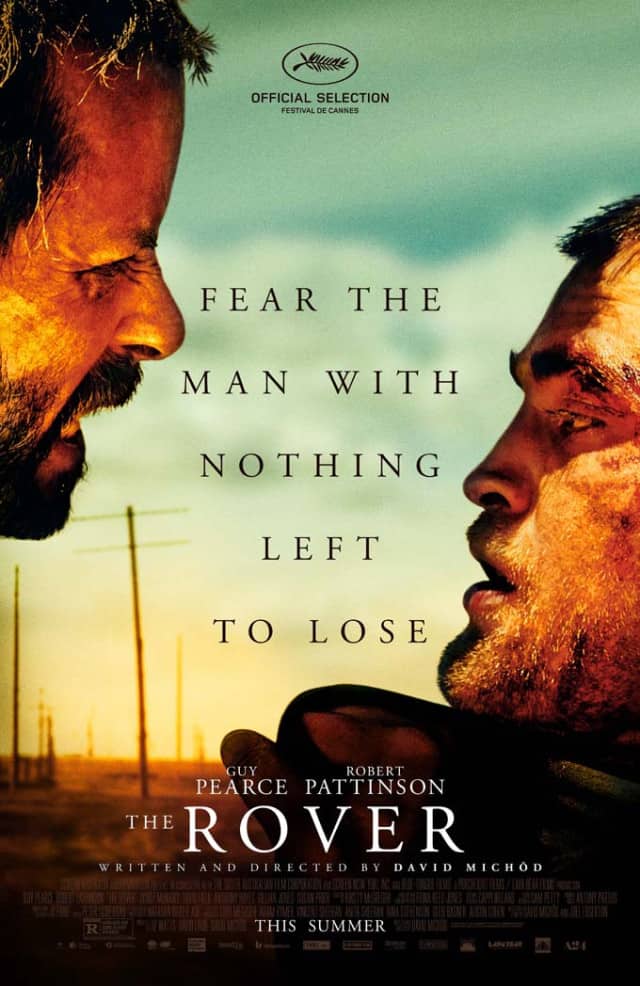 Unsubstantiated speculation inevitably leads to a downfall, or at least that’s the viewpoint that Michôd presents with his latest effort The Rover (co-written with Joel Edgerton), a seemingly straightforward quest film set in the post-apocalyptic Australian outback, ten years after an economic collapse. The straightforward aspect of the film resides on the surface of what looks to be a simple story of one man’s unrelenting attempt to receive his recently stolen vehicle, but there’s much more thought-provoking weight buried underneath this slow-burn, occasionally dialogue-absent, road trip.

The theme of speculation, jumping to conclusions, judging a book by its cover or whatever else you would like to call it permeates throughout the film as Michôd and Edgerton slowly, meticulously unveil snippets of personal backstory, motivations and personal worldviews, routinely proposing the viewer to reevaluate those prior judgments; showing the viewer over and over again that they are worthless and dangerous without one knowing all the facts, but also asking “Can one ever truly know all the facts?”

The patience one needs to enjoy this stoic journey through brutality is made easier by the fact that a number of aspects in the film are delivered with superlative quality. The cinematography from Natasha Braier happens to be the standout of the film; she’s able to capture the beauty within the dirt, the grime, the fly-smothered setting that is the decaying Outback. The Rover is abundantly littered with stunning photography, graceful camera movements and brilliant framing choices; there’s a beautiful frame at nearly every turn while the musical choices perfectly fill-in the gaps, emotion-wise, left by the general lack of dialogue; especially, the generous use of Colin Stetson’s experimental sounds of various woodwinds.

Guy Pearce and Robert Pattinson both deliver solid performances with Pattinson’s, arguably perhaps, being a career best so far in what looks to be a very promising future. Pearce continuously perfects the look of silent seething as the film progresses, only opening his mouth occasionally to deliver one emotionally poignant line after another as Pattinson steals the show with every fidget, every facial tic idiosyncrasy as he delivers line after line of filtered through a slow-witted drawl of  stream-of-consciousness. His character’s lack of confidence is undeniable due to Pattinson’s marvelous turn.

Michôd delivers a deceptively simple story about the dangers of speculations and assumptions along with the power of the individual importance that people impose on various objects, people and/or beliefs; asking the viewer to keep in mind that there’s a wealth of history, influences and unknown motivations driving these (and all) characters while sudden, emotionally-driven decisions ultimately lead to a tragic end when characters are forced to question their faith.

The Rover is the importance of the unknown.