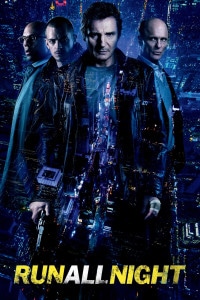 Run All Night fully embraces established crime-drama tropes and makes little attempt at reinvention, which, in this case, is a good thing. There are certain rules in underworld revenge tales and they’re all laid out in the early going here. This is a case where director Jaume Collet-Serra and his solid cast know exactly what kind of movie they’re making and wring the best possible result out of familiar material. It’s elevation of pulpy drama via steady direction and committed actors, while abstaining from extraordinary or nonsensical twists that aggravate.

We start by getting to know the innocents, the heavies, and the characters that exist in some sort of grey area. We also know from the get-go that by the end some of these characters will be spared and many will be killed. If you take a guess at which ones will fit into each category, you’d probably be right. Thankfully, getting to that point is mostly a brisk, engaging ride.

Old pals and former military men Jimmy Conlon (Liam Neeson) and Shawn Maguire (Ed Harris) came up through the New York organized crime scene together, Jimmy working as Shawn’s assassin. Now a drunk, Jimmy is having trouble coping with his past, while Shawn claims to be a “legitimate businessman.” Though he refuses to get into the drug trade, the crime boss has no problem handing out bribes or ordering hits.

Shawn’s loose cannon son Danny (Boyd Holbrook) kills two Albanian drug dealers, the murders witnessed by Jimmy’s son Mike (Joel Kinnaman). Before Danny can eliminate the witness, Jimmy kills him. Forced (by the rules, you see), Shawn has no choice but to order his goons to kill Jimmy and Mike, and the chase is on. 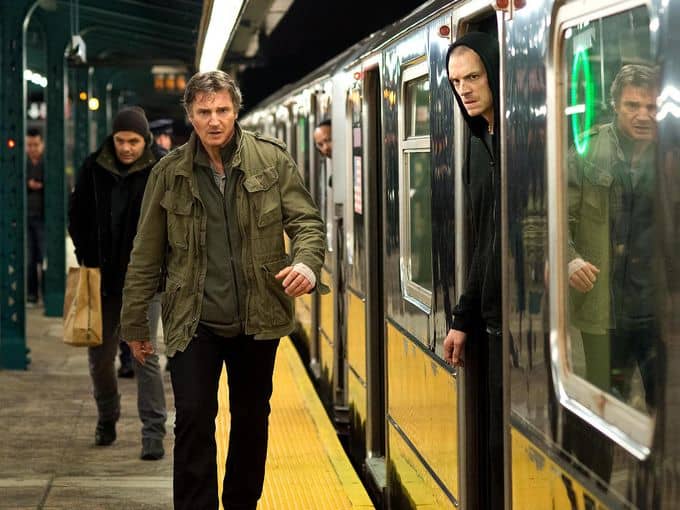 Run All Night doesn’t waste a lot of time getting to the running. Broad strokes deftly establish the players – Jimmy wakes up drunk in a bar; Danny snorts coke like Scarface; and Mike shares quality time with his pregnant wife (Genesis Rodriguez) and young daughters before heading off to work, et cetera. There are some leaps and a multitude of coincidences to get all of the chess pieces into necessary position, but it saves us from the alternative of numbing and unnecessary exposition.

This is the third collaboration between Collet-Serra and Neeson, and it’s the best of the bunch. Unknown and Non-Stop each have their merits, though they relied heavily on high concepts to drive plot. With Run All Night, the craft is more focused and the film doesn’t need the schlock. There’s a lot of tension created in the editing, oftentimes crosscutting between concurrent happenings. At times it comes off as gimmicky – as when a thug searches a house for Mike’s family- but more often than not, it aids in creating the sharp tempo. Sagginess only occurs when the film gets into the ennui of Jimmy and Mike’s strained father-son relationship, which accounts for a bit of bloat that stretches the runtime to nearly two hours.

Neeson is also paired with a worthy foe in Harris, the duo skillfully playing off each other in their shared scenes – something that’s been lacking in Neeson’s run as action star. Beyond the two headliners, everyone embodies their roles nicely. Bruce McGill as Shawn’s right-hand man and Vincent D’Onofrio as a detective who’s been trying to nail Jimmy for years make impressions in supporting roles. Common’s calculated hitman feels contemporary while also recalling the killing machines of ’80s and ’90s actioners.

The pieces are recognizable, but they all snap into place well as Run All Night sustains its momentum. The film plays by its own rules and doesn’t feel forced, even when everything breaks down and everyone just starts shooting at each other.