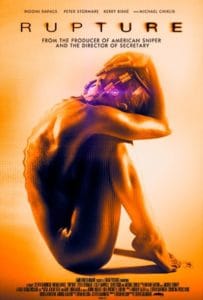 Rapace plays Renee, a loving mother living in the ’burbs of Kansas City who gets abducted by a mysterious group of individuals who seem to love her skin and cryptically tell her something about unlocking her full potential. She finds herself waking up, tied to a table, and the group, led by the always-creepy Peter Stormare, begin a series of experiments that tap into her deepest fear, which happens to be spiders.

At first glance, Rupture feels a lot like Martyrs with a sci-fi twist, but it only takes a short time before it’s evident that this is more like the terrible English remake than the French original – empty and pointless. After Renee pulls out of her restraints, she climbs into an air duct and, as she travels throughout the facility she’s held captive in, we see various other people having these fear experiments carried out on them. Someone being dropped from very high up, someone being dunked into a filled bathtub, etc.; you get the gist. What about someone who has a fear of commitment? I’d like to see that one.

Strangely, Shainberg keeps his cards to his chest when it comes to revealing why Renee is in this facility, despite the reason being very clearly laid out in the trailer for the film. Knowing what this is about going into it makes the mystery element feel inconsequential, and even after her captors reveal their big secret, I found myself asking “that’s it?” 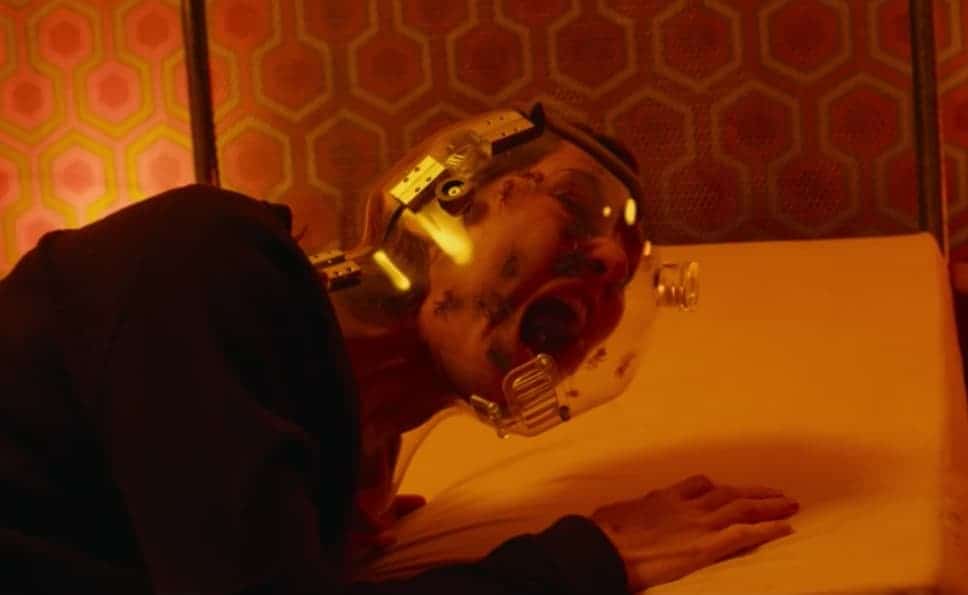 Rapace does what she can with the role, despite this clearly being something that’s a waste of her talent. There was a pretty great “not-the-bees” moment toward the end that proves to be more humorous than terrifying, but it successfully showcases the physicality that she brings to the film.

The best way to describe the visuals in Rupture would be the color red. Because of silly plot reasons, the building that Renee is contained in has warm-colored lights everywhere, giving the film a red hue and adding to the already boring locale of endless corridors and air ducts.

Rupture is a mediocre slog of a film that only a select number of Alex Jones-following conspiracy theorists will find entertaining. Aside from a strong performance from its lead, there’s little else to say about this dated, forgettable thriller.