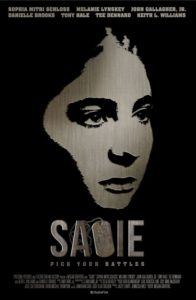 At times, it’s hard not to feel nervous over what Sadie (Sophia Mitri Schloss) might do next. An assertive teenage girl living in a trailer park, she never hesitates to set up others in scenarios that clearly pose risks to them.

In one scene, to deter a classmate who has been bullying her best friend Francis (Keith L. Williams), she claims that he has brought a gun to school.

She experiences another problem rising at home, desperately awaiting the return of her father, a soldier stationed overseas. She is dismayed that her mother, Rae (Melanie Lynskey) – having long ago realized that her father’s constant re-upping means he doesn’t intend to ever come back to the family – has moved on and is dating Cyrus (John Gallagher Jr.), a new neighbor.

From years of reading her father’s needlessly graphic letters documenting his war efforts, Sadie’s worldview is one of defending her home as a country. Those who disrupt her wish for a full family reunion are invading forces. Throughout Sadie, we watch as she envisions extreme ways to drive Cyrus out of the picture, all while writer/director Megan Griffiths crafts an engaging portrait of life in this close-knit, poverty-ridden community. 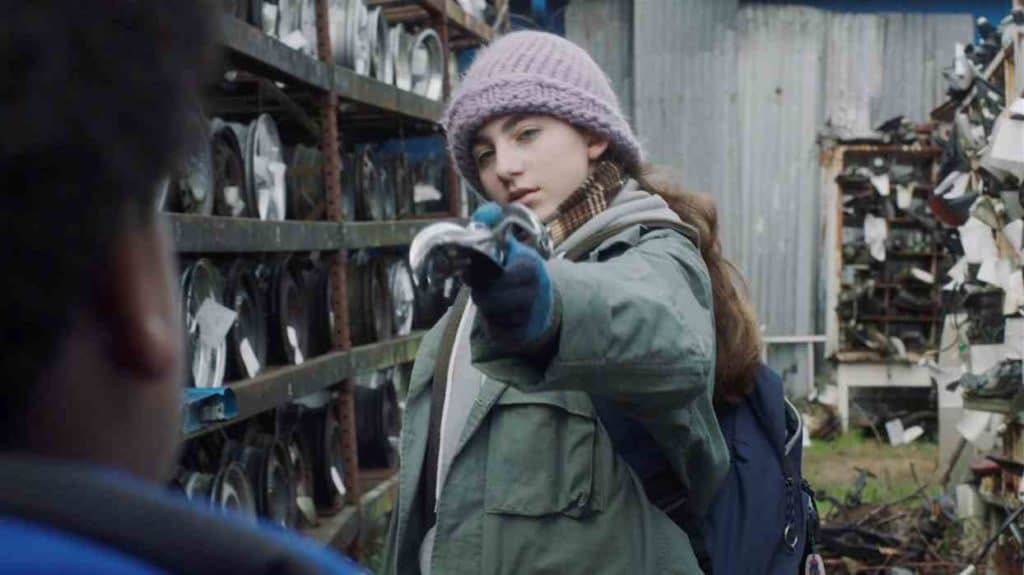 Senses of desperation and resignation seem to match Sadie and Rae’s opposing perspectives, but similarly, there’s a clear sense of community, observed in Sadie’s warm relationship with Deak (Tee Dennard), an elderly man who teaches her woodcarving and takes her and Francis out on the occasional trip into town.

Her school essays grow increasingly dark, describing how she wants to join the military and take great pleasure in killing enemies. Attempts at intervention by Bradley (Tony Hale), a family friend and school counselor, are unsuccessful. Griffiths imagines Sadie as an individual molded in her father’s shadow, influenced by his actions in complicated ways.

Schloss is very good here, depicting Sadie as playing against the concerns of Lynskey and Gallagher’s characters with a frightening sense of control. She measures the implications of a given scenario, predicts reactions and weighs them against her own goals. The plot’s basic trajectory is grim, even before the developments of a propulsive third act. 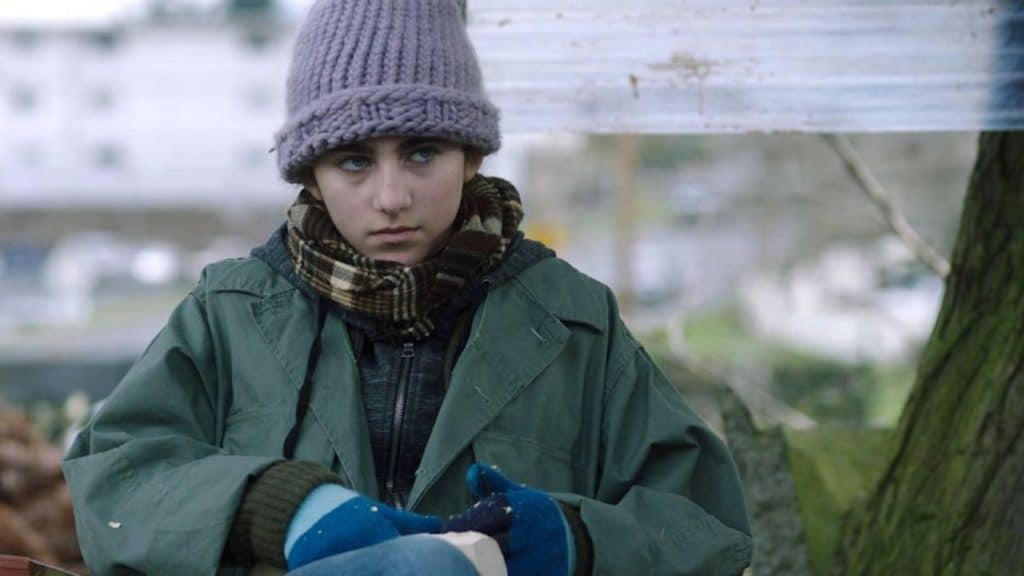 But what’s most fascinating about Schloss’s performance is her ability to look into the abstract, off-screen future. Many climactic scenes are wordless, but there’s an unspoken belief between every present character that everything is in a state of flux. Though Schloss keeps her character’s body language in check, it’s clear that Sadie, long deprived of permanent structures or feelings of certainty, will seek control at any consequence.

The title is therefore fitting: despite Griffiths’s efforts to flesh out the other characters, everything in the movie is singularly experienced by and through the titular role. This does lead to some moments where the establishment of behavioral patterns are forced and repetitive and doesn’t quite justify an ending that comes off as more than a little exaggerated in its depths, but Sadie is an arresting experience all the same, anchored by Schloss’s dynamic work.

It’s all mirrored in an effective aesthetic choice from Griffiths, with much of the action taking place under stern gray skies and sporadic bursts of torrential rain, cementing a world that appears stoic to the untrained observer – but in reality, is deeply unpredictable and dangerous.