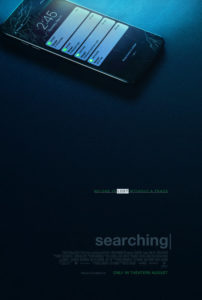 The laptop-screen thriller achieved proof of concept in the two recent Unfriended films, solid horror flicks that capitalized on the atmosphere and aesthetics of familiar online activity turned chaotic. Aneesh Chaganty’s Searching expands on that conceit, using only the screens of tech devices to weave an absorbing mystery.

Its construction is novel, keeping us hooked on every mouse click, photo gallery and FaceTime call as the narrative twists and tightens the screws. There’s also unmistakable heart at its center, with a terrific performance from John Cho that transcends the gadgetry.

An emotional core is established in a prologue reminiscent of the first ten minutes of Up, which tracks the suburban-San Jose lives of the Kim family via their computer files. From the early days of Windows XP, parents David (Cho) and Pamela (Sara Sohn) are seen doting on their daughter, Margot, in a series of first-day-of-school photos and adorable mp4s. The visual evolution of the technology and the familial bonding are all immediately relatable. The joys are offset by Pamela’s cancer battle, a large amount of significant pathos packed into just a few mostly wordless minutes.

The main thrust of the story kicks in when the now-16-year-old Margot (Michelle La) doesn’t return home one evening and misses school the next day. After a seemingly plausible explanation for Margot’s absence loses validity, a panicked David contacts authorities. Detective Rosemary Vick (Debra Messing) begins investigating the disappearance while David scours his daughter’s social media and phone history for clues.

Chaganty, a former Google employee and first-time feature director, makes all of the online activity feel authentic, providing a high level of detail that’s recognizable and richly presented but not overwhelming. We study multiple open windows for potential hints and the mix of visual cues with onscreen text draws us in further, urging us to study every detail. 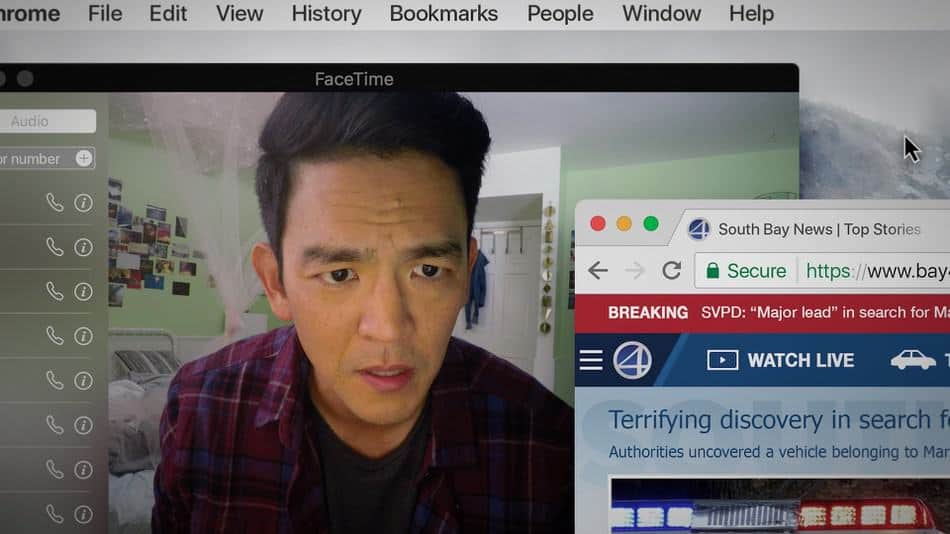 The speed of the editing is synced to the level of tension at various moments, with things like the retrieval of passwords slower and more believably methodic. John’s frantic creation of an Excel spreadsheet tracking the whereabouts of Margot’s Facebook friends on the night of her disappearance is choppier.

Successes in pacing also extend to the unspooling of the mystery itself, with breadcrumbs being dropped throughout, and clues hiding in plain sight. The script from Chaganty and Sev Ohanian is sharp and efficient, revealing itself gradually. Several interesting leads and investigations of red herrings play out before new twists surface.

Each potentially wrenching development is sold wonderfully by Cho, fluctuating from hopeful to angry and utterly helpless. A parent’s guilt of not truly knowing what one’s kids are up to and bearing the brunt of responsibility when bad things happen to them is always palpable.

What we don’t see also enriches the experience. The “limitations” of the technique spare us from moments that may feel overly composed and/or mawkish if played straight, especially when mysteries are revealed in the final act. Visual representations (including some well-timed buffering) that show us what’s happening are much more effective than overwrought drama or overwritten dialogue.

The (literal) on-screen world is full of thoughtful details that help flesh out the characters, even the ones that only exist in the background. An online dude-bro who fakes bravado and an acquaintance of Margot’s who attaches herself emotionally to the disappearance, despite barely knowing her, add to the authenticity of phony electronic emotion. There are also several fun touches, like Margot’s high school’s teams being nicknamed the Catfish, and humor being sprinkled throughout in the form of misspelled Google searches and similar gaffes.

There are just a few brief moments that take us out of the immediacy. The sounds of a car speeding and hysterical conversation during a visual full-screen representation of a Google map feels like a bit of a cheat, while expositional news footage on YouTube is no less clunky and convenient than it is on a TV screen. And maybe I’m out of touch, but I don’t think that everyone uses FaceTime or video chat to make every single call.

Minor technological wonkiness aside, Searching provides an experience that colors far outside the constraints of digital boxes, going far beyond a simple visual gimmick. There’s a purpose in the ingenuity, creating characters that come to life just as much, if not more than, a traditionally structured potboiler. With a masterful marriage of precise style and a taught, compelling story, Searching is as entertaining as it is inventive.