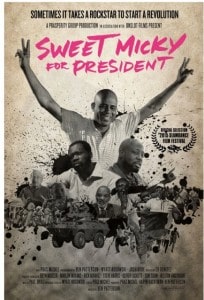 Although it was the second country to ever claim independence, Haiti has had a troubled past, with ruthless dictators coming into power, militaristic coups and near-constant political strife. In 2010, a massive 7.0 magnitude earthquake, the largest to ever occur in the country, hit Port-Au-Prince, leaving an estimated 220,000 people dead, 300,000 injured, and 2.3 million without homes. In the aftermath, the country was left devastated and demanded new leadership in its upcoming presidential election.

Sweet Micky for President follows the campaign of Michel Martelly (aka Sweet Micky) as he transitions from one of the country’s greatest pop stars to potentially one of its greatest leaders in the wake of the tradegy.

The film, directed by Ben Patterson, is largely told from the perspective of former Fugees member Pras Michel, who was one of the masterminds behind not only Micky’s decision to run for president, but also this documentary. The film opens with harrowing footage of the 2010 earthquake followed by a brief history lesson on Haiti, allowing less informed viewers, such as myself, to learn more about the turbulent past of the country. This information is sporadically sprinkled in throughout the film, so as to not bombard us with facts all at once or cause us to lose our attention. These supporting bits come in at just the right moments, giving us backstory when it’s warranted and avoiding needless statistics and figures.

Of course, the meat of the documentary is the road to the election, which proves to be a thoroughly fascinating journey, even for those who already knew the outcome. Because this is a story about Pras as much as it is about Micky, the situation that occurred when another Fugees member, Wyclef Jean, decided to run against Micky was an interesting plot twist that many of us knew about but never got to see the behind-the-scenes story.

The film is structured much like other recent campaign films, such as Mitt, however there’s a fair amount of visual flair that keeps our attention even in its driest moments, of which there are few. Haiti can be a beautiful country, and Sweet Micky for President shows off both the beauty and the ugliness with style and grace. 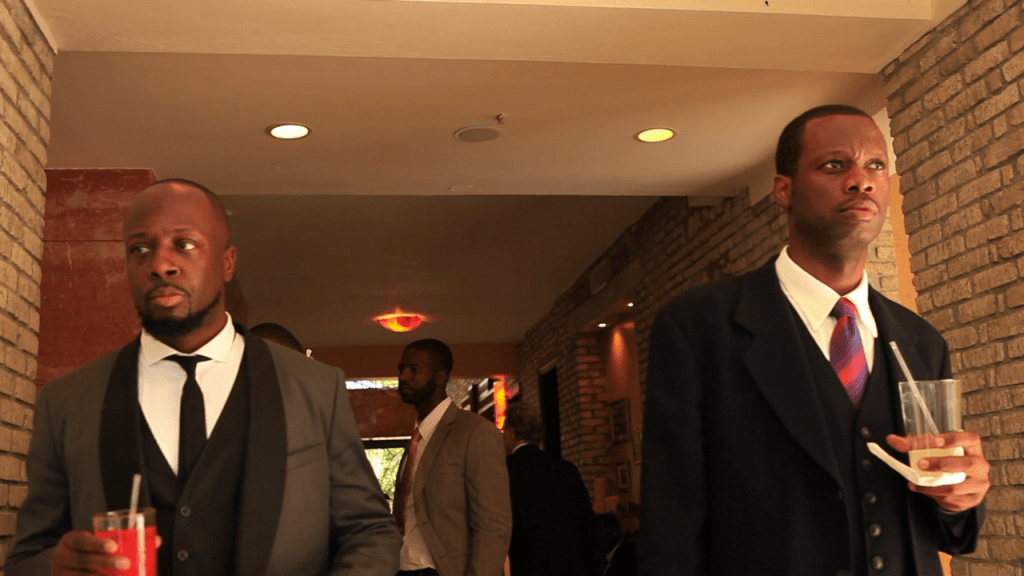 One of the more curious things about the film is its ending and how we’re left wondering if all this work and effort is really going to make a difference in Haiti. As most of you know, Micky was elected as president, however very shortly after he took office he was accused of corruption. After the first set of end credits, there’s an additional interview where Pras meets with him after being elected and asks him about it. Ending the film on this note leaves us thinking that maybe this man isn’t the savior the country needs or it could simply mean his detractors are lashing out and trying anything that could overthrow him.

It’s easy to see why Sweet Micky for President won both the Audience Award as well as the Jury Award at this year’s Slamdance Film Festival. It’s an important film and one that acts as a time capsule for future generations looking to see how difficult it was to live in Haiti during this time, and it will hopefully be a document for change.