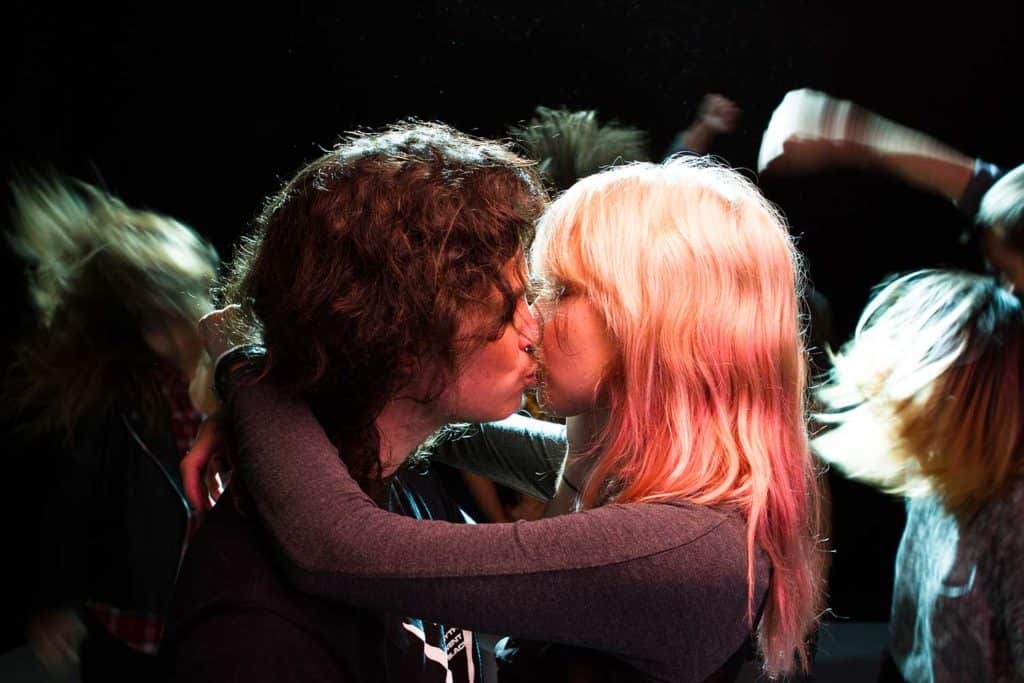 Imagine being a teenager getting called out for how authentic your fake tattoo looks by some rando in line at diner after a punk show. It’s not easy, right? It’s not an experience most bougie people who read internet film publications would have, and yet something feels weirdly authentic about its specificity.

The kid, with his Dead Kennedys shirt and poor attempt at a Kirk Hammett hair-do is only just keeping together some semblance of cool until this girl comes along and ruins it. But then he gets to talking with her and he can’t help but glance at her face through his shaggy hair, trying to avoid looking too interested. He tries to respond to what she says with half jokes to show he’s got a sense of humor under that punk aesthetic but, like his glance, he can’t keep from letting his smitten investment seep through the cracks.

Not all of the dialogue works, but underneath, there is something oddly authentic and comforting about the punk meet cute that opens Fake Tattoos. It helps that the chemistry between Mag (Rose-Marie Perreault) and Theo (Anthony Therrien) is totally compelling. As they leave the diner and discuss getting home, they stand so close that you can only wonder when one will lean in and initiate the kiss we all know is coming. 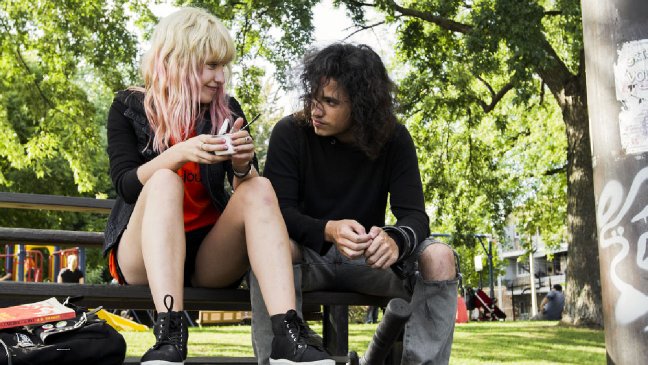 But smartly, the film doesn’t go there immediately. This meet cute needs more time to percolate, and these young lovers need to show us the beauty of Montreal late at night (well captured by DP Vincent Allard). When the kiss does happen, it keeps slowing things down as passions intensify. Mag interrupts to put a record on to cover the noise. Theo tries to unhook her bra and fails awkwardly. All of this is captured in real time, with few to no cuts in each scene.

The relationship and the film move slowly from there, with all the various pitfalls of young love potentially getting in the way. It’s a conventional narrative, but that’s not why you watch a film like this. Rather, you watch it for the emerging talent you hope to see flourish in the years to come and the details and culture specific to the location of its production.

Fake Tattoos is a lovely first feature, even if at times it feels like the French Canadian punk version of a number of different romantic films from Garden State to Before Sunrise. It bears all the hallmarks of indie filmmaking, good and bad, and is definitely worth a watch if you get the chance.