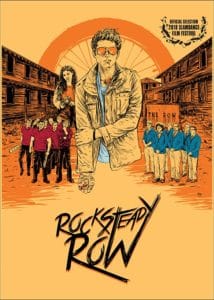 When I was a teenager, I tried my hand a few times at writing fiction. It was never good. I only ever found rigid, structured dystopias interesting to imagine as worlds, and I was never able to make those sound remotely interesting. The temptation to design such a system is not only in explaining its intricacies, but also how the world got to be that way in the first place. This kind of expository writing is never good, but these kind of dystopian systems can be interesting if done right.

To do that requires one thing: momentum. Rock Steady Row has that in spades and it keeps its bizarro world of bicycle-thieving fraternities at a college where you never see anyone go to class on the rails. The film opens with The Freshman (Heston Horwin) biking into town and being accosted by an unsavory preppy kid (Logan Huffman) who goes on to steal his bike. Scouring the campus for his bike, we see that the area around the fraternity houses looks like a war zone.

Eventually The Freshman meets Piper (Diamond White), a student journalist who briefly explains that the two fraternities – Kappa Brutus Omega and The High Society – steal bikes from students and then sell them off at a bike show. The Freshman then tries to play the two frats against each other to liberate the students from their tyranny. 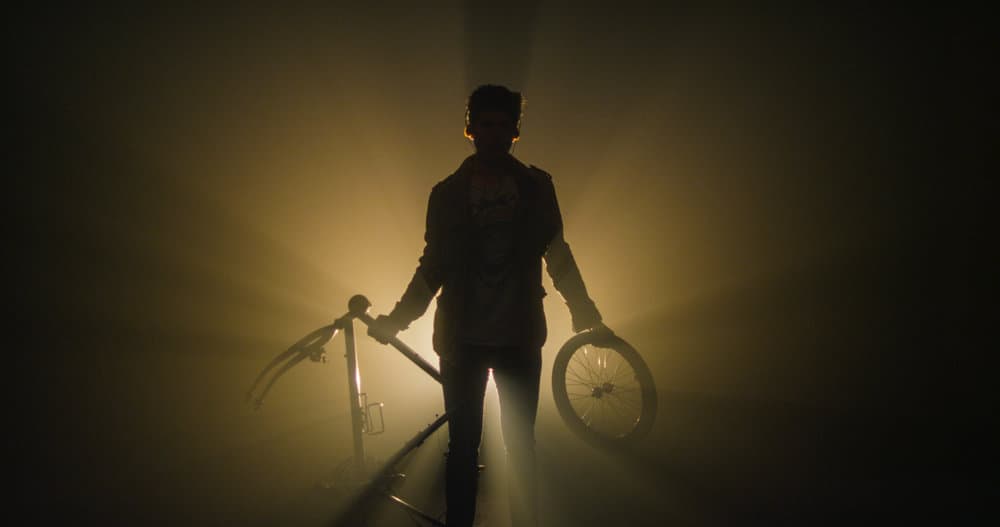 Even casual cinephiles will notice that this is essentially the story of Yojimbo and A Fistful of Dollars. The Freshman is obviously The Man With No Name, and the film plays him up as this wandering badass with sense of justice but not necessarily the strongest moral compass. This might have been tiresome, but it’s actually just some good ol’ fashioned fun, thanks to the surprisingly strong production values. The fight choreography is great, and it’s the cinematography that keeps the fight sequences legible.

There is some interesting gender-related content here with the film trying to tackle slut shaming and rape culture. The sororities were disbanded in the wars of this weird world, and this puts the women in a cool position of being mostly outside the main conflict and able to come in and kick ass when the time comes. This is a badass little film about badass people doing badass things. Definitely worth the watch.