A fantastic looking new poster for Spike Lee‘s upcoming Oldboy remake was released today, in front of the first trailer which is set to come out this Wednesday.  Neil Kellerhouse, who also did the poster for The Girl with the Dragon Tattoo remake created the print from an image from the film (not a composed composition) and the title letting is star Josh Brolin‘s actual handwriting.

As a huge fan of Park Chan-Wook‘s original, I’m actually very interested to see how Lee adapts this story.  Early reports say that while there are changes made, it’s still every bit as crazy as the original.  We’ll get a better idea when the red-band trailer drops July 10th, so stay tuned.  Hit the break for the poster and synopsis. 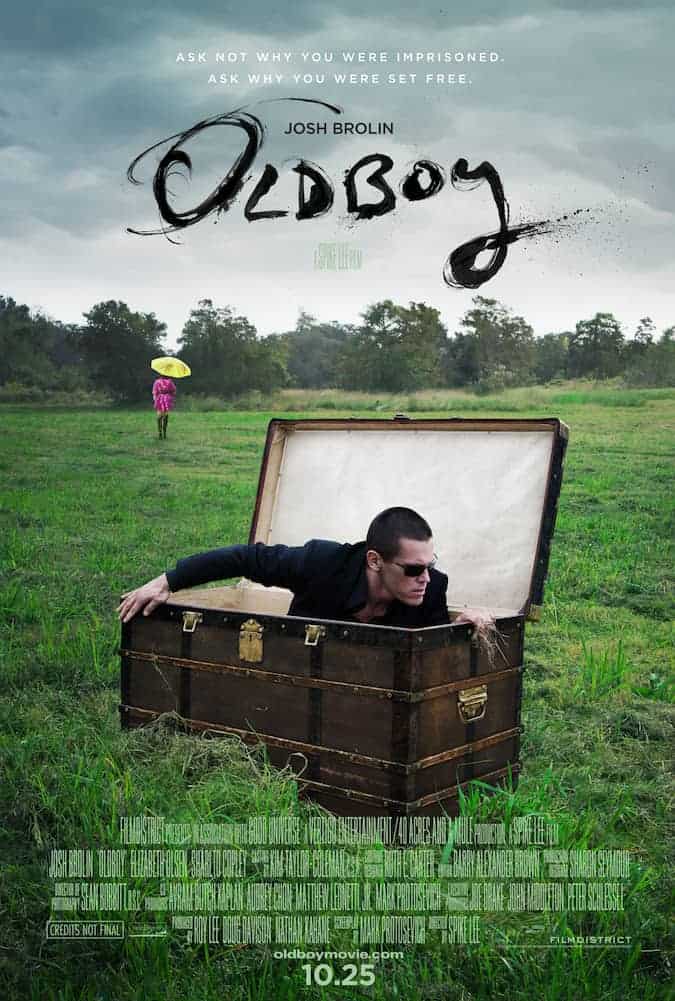 OLDBOY is a provocative, visceral thriller that follows the story of an advertising executive (Josh Brolin) who is abruptly kidnapped and held hostage for 20 years in solitary confinement. When he is inexplicably released, he embarks on an obsessive mission to discover who orchestrated his bizarre and torturous punishment only to find he is still trapped in a web of conspiracy and torment.

Co-starring Elizabeth Olsen and Sharlto Copley, OLDBOY was directed by Spike Lee, from a script by Mark Protosevich (I Am Legend, The Cell, Thor). The film was produced by Roy Lee, Doug Davison and Nathan Kahane.