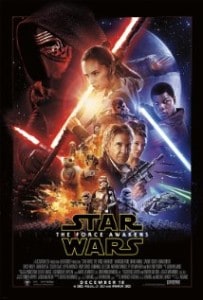 The Force Awakens was going to be a big deal no matter what. Whether anticipated with childlike glee or with trepidation after the middling-to-disappointing prequel trilogy, responses to the film would be strong. Facing these extraordinary expectations, J.J. Abrams and team have delivered an incredible adventure that taps into the magic of the original Star Wars trilogy without blatantly pandering, and also sets the stage for appealing new characters to pick up the mantle. Star Wars: The Force Awakens is a technical and world-expanding triumph.

With no clunky mythology to retrofit, the movie simultaneously feels warm-blanket familiar – names like Luke Skywalker and Leia Organa in the iconic opening crawl conjure goosebumps from the jump – and unique with the integration of known elements from the Star Wars universe into a fresh narrative.

The hook of the plot is refreshingly simple. Someone is missing and two groups are looking for them. The First Order has replaced The Empire as oppressors of the far, far away galaxy, with Kylo Ren (Adam Driver), a masked and cloaked menace trained in the Dark Side of the Force, leading the search. Crucial information to locate this person is stored in soccer-ball-like droid BB-8, the property of Resistance pilot Poe Dameron (Oscar Isaac). BB-8 winds up in the possession of Rey (Daisy Ridley), a scavenger on the desert planet of Jakku. Logical Star Wars kismet bringsRey together with Finn (John Boyega), a deserting Stormtrooper, as well as Han Solo (Harrison Ford) and Chewbacca (Peter Mayhew), who are pulled into the journey. 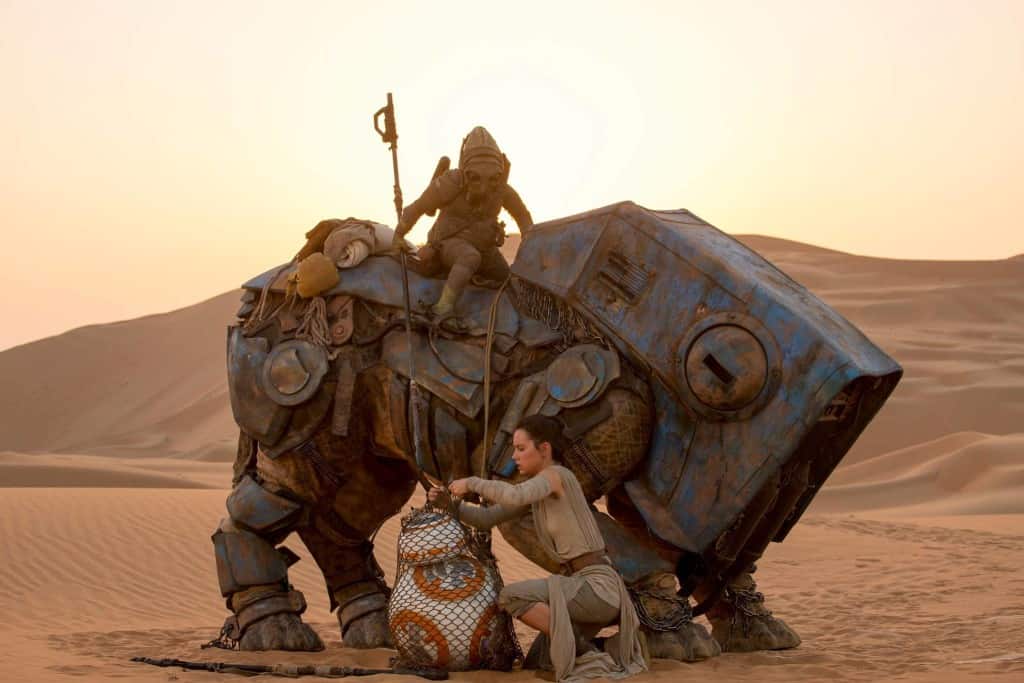 There are several reveals along the way, and the promise of more to come in future installments, but from beginning to end The Force Awakens retains its own identity. This isn’t just a bridge to get us to the next thing (looking at you Marvel and any number of YA adaptations); it’s self-contained with completed plot strings and definitive conflicts, and uses the depth of its characters to grab present interest and make us care about what could come next. (Which, by the way, could be incredible).

Ford slips back into the boots of Solo wonderfully, with the wit still present under decades of additional mileage. His role is a major one in uniting the old guard with the new heroes and his relationships with Rey and Leia (Carrie Fisher) work as mentor and baggage-filled romance, respectively. Ridley is a revelation as Rey, equal parts capable and vulnerable, willing and able to fight when needed yet troubled by identity issues. Boyega is also very good as an edgy, reluctant baddie turned Resistance ally. His relationship with the very confident Dameron is subtle, but effective. Driver (and his creepy modulated voice) makes a frightening antagonist, and he sells Kylo Ren’s complex motivations. 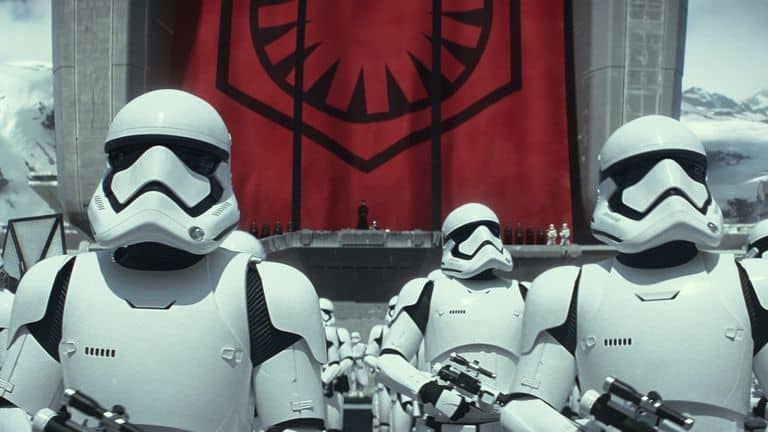 On the technical side of things, Abrams made a very wise choice to go back to the original trilogy for visual inspiration, mixing CGI with practical effects. Oftentimes Lucas’ prequels looked like cartoons with an overly-digital sheen that drained those films of humanity and any sense of reality. Here, starships have weight. The droids are actually there and working/walking – BB-8 is certainly a highlight as a loveable companion. Simple things like showing how TIE fighters are docked and weathering the Millennium Falcon give a sense of tangibility. There’s even a little bit of blood that shows the actual effects of a blaster rifle.

The look, the characters, the references to iconography, and the creation of budding new legends all come together beautifully. The Force Awakens draws us in immediately and is entertaining throughout. Any issues, including some unclear geography during pivotal scenes at The First Order’s base of operations, are minute and certainly don’t detracts from the experience. Star Wars is back and as good as ever.