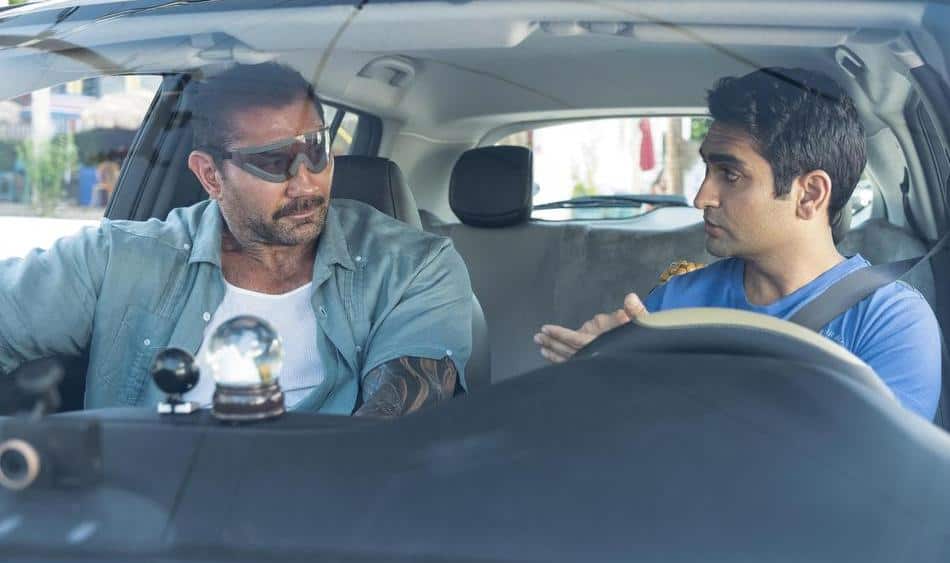 While the buddy-cop film has waned a bit over the last few years, there’s still something precious about the genre, and Michael Dowse’s Stuber plays within the strengths of the tropes but sadly doesn’t play to the strengths of its actors.

Dave Bautista plays a hard-edged LAPD detective named Vic who, after the death of his partner, makes it his No. 1 goal in life to catch the man responsible, a drug dealer named Teijo (Iko Uwais). Through some intel, Vic discovers the whereabouts of Teijo and learns of a big drug buy going down that evening; the problem is, he just had LASIK surgery and can’t see anything. In order to make his bust, he books an Uber, driven by a timid pushover named Stu  (Kumail Nanjiani).

Stu drives for Uber part time in order to save up enough money to start an all-female spin class business with the woman he secretly loves but with whom he is unable to share his feelings. His rating is dropping dangerously close to the four-star mark and he desperately needs Vic’s five-star rating, so he reluctantly agrees to drive the detective around town as he tracks down Teijo. 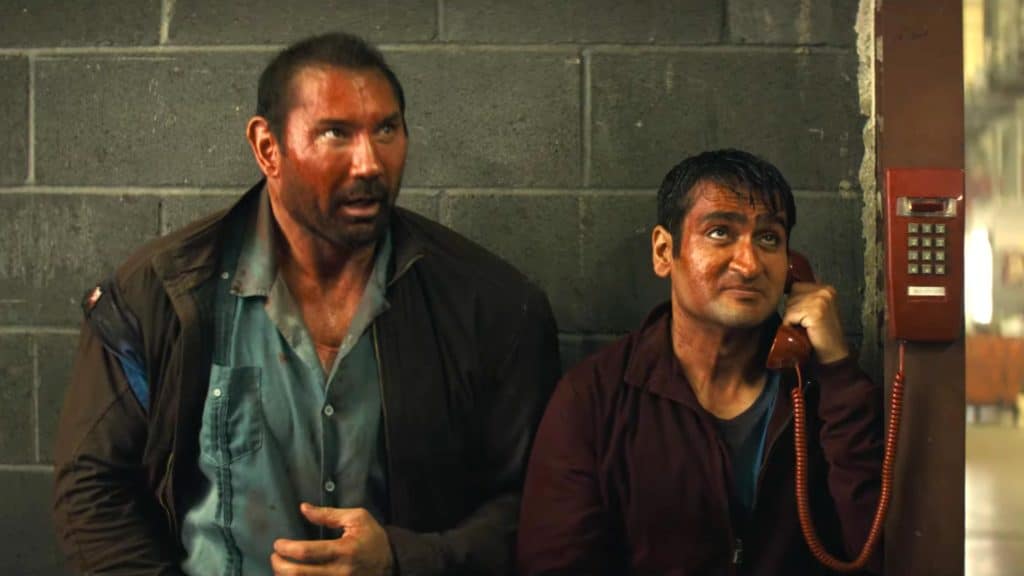 Now, one would think this pairing is rife with comedic potential, and one wouldn’t be wrong; it’s a fantastic team-up. Nanjiani and Bautista are perfectly matched in their polar-opposite personalities, a dynamic that can, and certainly does, lead to plenty of life lessons and learning opportunities for both characters.

While there is comedy to be had , (and I loved seeing the two taking comedic jabs at one another), it’s not nearly as effective as it should be, with many of the barbs being slung to not quite hitting the mark. Too often the film goes for low-hanging fruit, recycling similar jabs about Bautista’s size, or Stu’s unmanly demeanor, sometimes feeling downright mean -spirited.

Because Vic is hamstrung by his LASIK blindness, there’s a semblance of a reason to keep Stu around other than just to be a driver, but, other than a few too many gags involving his near blindness, this is a plot element that seems like half-baked attempt at justifying the need for Stu’s continued involvement in Vic’s quest. 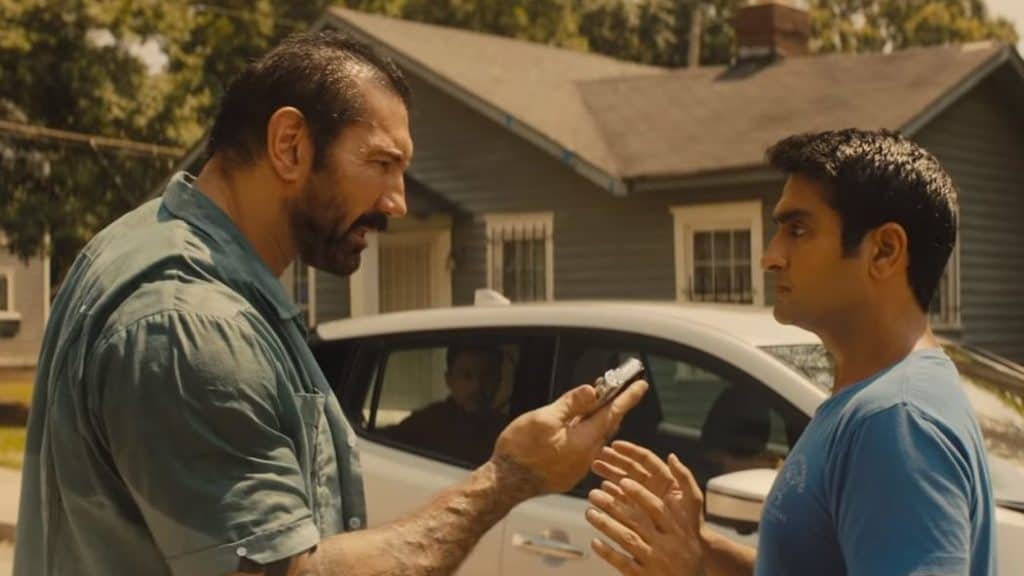 Violence is also used for comedic effect, but because it’s parceled out in small doses, the sometimes- gratuitous nature of the action comes off as more jarring than humorous. The action is well -crafted, though uninspired, and while the several fight sequences are fun, the overabundance of shakycam obfuscates all the excellent choreography that’s most likely taking place.

Iko Uwais playing the big baddie was one of the main draws of the film for me, but he’s tragically underutilized. There’s little to no development of his character, being relegated to simply “bad drug dealer,” and only has a few lines of dialogue. We do get to see him go toe to toe with Bautista, which is great, or at least I think it was;, it’s hard to say for sure with the camera going into seizure mode during all the big fight sequences.

Like so many buddy- cop titles before it, Stuber attempts to shoehorn in some lessons along the way, with the exploration of Vic’s relationship with his daughter, played by Natalie Morales. We’re led to believe he’s a man who’s constantly putting the job before his daughter, but how this is represented doesn’t fully commit to this notion, leading the more sentimental moments at the end of the film that feel unearned.

Stuber is a film that has a lot going for it, but suffers from a script that doesn’t seem to know how to handle the comedic talent it contains. Bautista, Nanjiani and the rest of the supporting cast all bring their A-game, but being stuck in a paint-by-numbers action comedy prevents them from fully utilizing their strengths. It’s not without its moments, but this is far from a five-star ride.